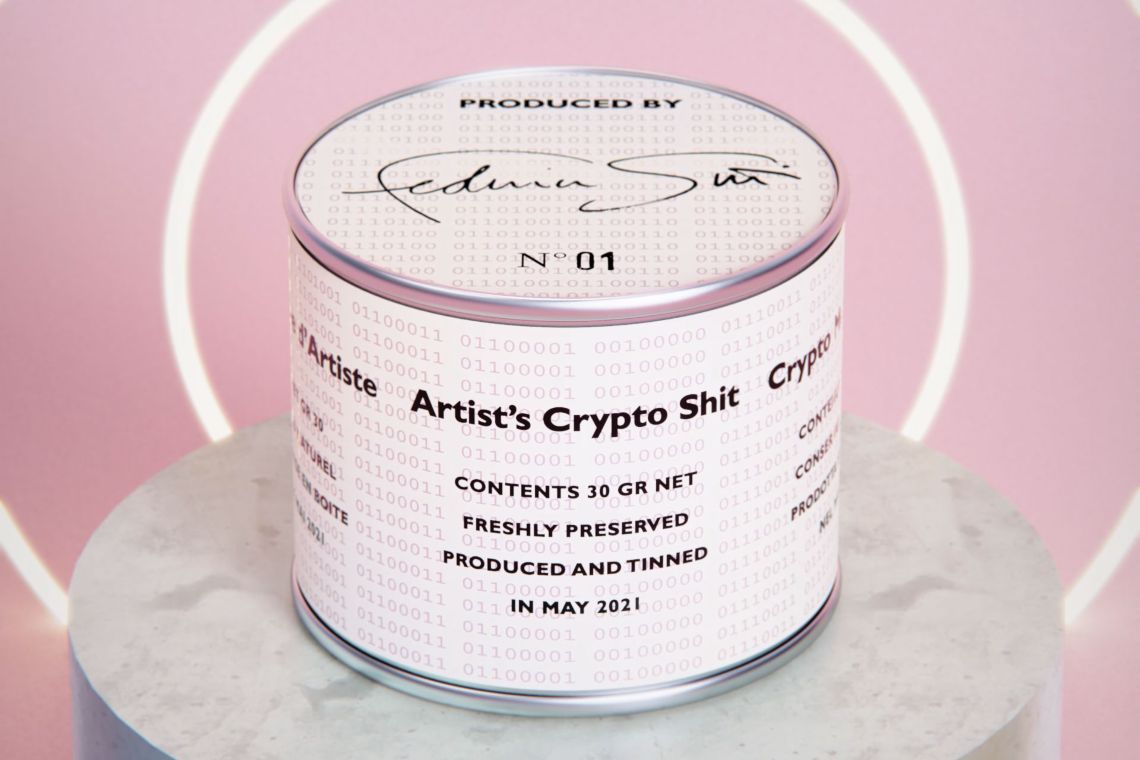 “Crypto Merda d’Artista” as NFT: a tribute to Piero Manzoni

On Saturday 29 May, the “Crypto Merda d’Artista” NFT will go on sale as a tribute to Piero Manzoni.

“Merda d’Artista” (Artist’s Shit) is a famous provocative artwork by Italian artist Piero Manzoni consisting of 90 numbered tin cans, launched in 1961 and exchanged by the artist himself directly for gold. In 2016, one of these, number 69, was bought at auction by a private collector for €275 000.

“Crypto Merda d’Artista” is a work by Federica Sutti, an artist from Milan who, 60 years after the birth of the famous cans, wants to pay homage to one of the most famous icons of modern art by modernizing it in the crypto form as an NFT video loop.

It is a 30 megabyte, 25-second NFT Video Loop, sold at a price equal to that of 30 grams of gold, to be paid in cryptocurrency.

The label’s graphics follow the model of the original, except for the decorative texture that translates the name and surname of the artist, Federica Sutti, into binary code, creating an updated pattern.

Fè thus translates this desecrating work into digital form, dematerializing both the container and the content, and in the same way, converts personal identity and artistic production by digesting them in the form of data.

Manzoni’s original work, with corporeality in its various expressions at its centre, sparks off Fè’s work 6 decades later, which in parallel investigates digital corporeality in its inputs and outputs, reflecting on their value and metabolic process in itself.

The work will be made available for purchase with a “drop” on Saturday 29 May 2021, at 12:00 noon (CET), on a platform for selling crypto art as NFTs which will be revealed on the artist’s social profiles.