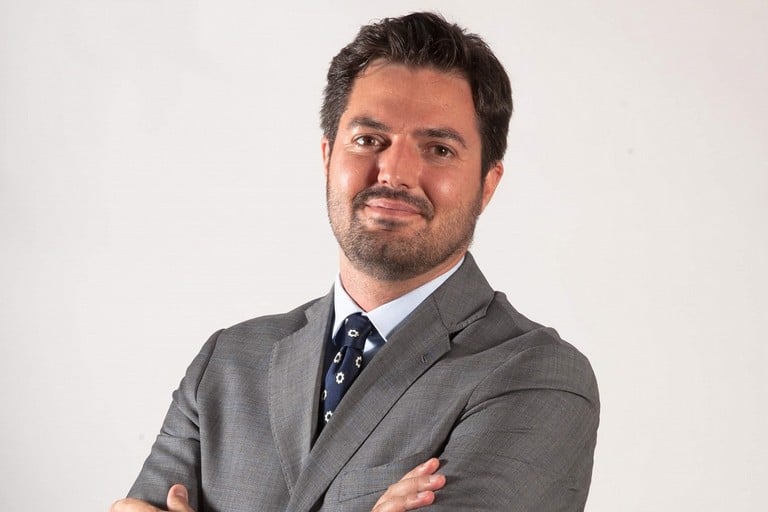 Once Upon a Time WeShort and the blockchain

Interview with the founder of the WeShort film project, Alessandro Loprieno.

How was the project born?

WeShort was born after years of research, study and passion for cinema, finance and technology. At a certain point, I began to wonder why short films were not offered to the general public, and consequently I asked myself if the reason was that short films were not of interest. After much research and interviews, I discovered the opposite, and so I founded WeShort with the mission of bringing short films to people as an everyday choice. All this happened after two years of working with the Hollywood world, in particular with producers who have a truly innovative mentality.

How long have you been working on it and who are the other members of the team?

I’ve been working on it for practically two and a half years, but the last nine months have been the most intense in which we have gone through the validation process, set up the start-up and reached the market. The team was initially made up of myself, director-producer Carlo Fusco, Stefano Loprieno and Giuseppe Cela, in the areas of film production, administration and project management. Then we recruited what I call WeShort’s uncles, Simone Castano, Domenico Guarnieri and Luca Baroncini for the finance, acquisition and content selection areas. From there we recruited those who today are the figures who deal with marketing and social media management, Francesco Gagliardi, Andrea Vailati, Marco Signorile, Manuele Consalvi and Chiara Demichele. The whole team is constantly supported by the advisors Giacinto and Pasquale, founders of AIWeek and Artificial Intelligence Explained Simply, Grownnectia and the law firm OnLex. In the tax and financial area we have the advisor Domenico Guarnieri and the firm Chieffi Gemma consulting.

What is your background and why cinema?

Fellini used to say, “Cinema is light”, and I would add that I am happy to pay the bill… Cinema has always been my passion, and I have dreamed of doing something important in this sector since I was a child. I studied languages, literature and arts at university, I have always studied cinema by myself and then finance and risk management at a business school, followed by professional experience and specialization courses in various fields: blockchain, real estate, venture capital, time management, public speaking etc. I worked for nine years in an airline as a flight attendant, so I conceived WeShort with my head in the clouds, haha, and I must say that even the initial part where I was the financier was possible thanks to the years of earnings and savings from the airline. Life, as I define it, is indeed “a cinema of emotions”, so doing something that improves people’s lives has always been something I’ve been interested in, and being able to do it through film is a wonderful thing.

Short films are the essence of cinema. They are the birth of the seventh art. In the first thirty years of film history, even before the Golden Age of Hollywood and German Expressionism, only short films were made. At that time they were not called “short films” but full-fledged films and were watched by audiences in the glorious “NickelOdeon” cinemas.

Cinema was born short, I saw in this segment of the film industry a great opportunity. I realised that the short film was my product when after months of study and research, I realised that there was no big company in the world that dealt with short films at 360°. From that moment on, I started to study which business model could make sense in the current context we are living in. I discovered that the growth numbers of On-Demand streaming platforms have been increasing exponentially for a few years and I realised that this SVOD (subscription video on demand) business model could be the best way to enter this market in an innovative way. I also found out from a lot of reading and neuro-science courses that people’s attention spans have dropped dramatically over the last fifteen years, so I thought that short films, now more than ever, could become an everyday choice not only for short film lovers but for all those people who often don’t have enough time to watch an entire film or TV series. This led me to believe that the short film format could become an entertainment solution for all those moments of waiting and pausing in our day, such as when travelling on public transport or in medical waiting rooms or during lunch, coffee and after dinner breaks.

Why blockchain? How will you use it in WeShort?

Blockchain technology will be used primarily to protect authors’ intellectual property. Thanks to our partner Notarify we will certify using the blockchain, whenever the author sends us all the materials of their short film.

“We are very proud to help WeShort and its users to protect intellectual property and copyright”, commented Federico Monti, Founder and CEO of Notarify. “We are both young Italian companies that, in a very short time, have been able to make headlines for the innovation rate of their respective platforms. The intellectual affinity that distinguishes us has made it possible, in a very short time, to transform an original idea into a concrete application, which has no precedent in the film industry”.

This will serve to significantly and unprecedentedly reduce the risks of piracy and intellectual property theft, as the content will be deposited in a data room where the delivery made by the author and/or producer to WeShort will be recorded and certified, on three different blockchains, Bitcoin, Ethereum and EOS.

For the future, we also plan to enable subscription payments using the major crypto assets.

Have you thought about a token sale for the future? Will you use other technologies such as AI?

The token sale could certainly be one of the possible ways to continue the fundraising of the project and to give the possibility to new investors, especially crypto investors, to participate in the profits of WeShort. I think the prospects we have in front of us with NFTs are even more interesting. As far as AI is concerned, absolutely yes, it will be used to increasingly improve the user experience and not only that!

Are NFTs also the new frontier in film productions?

Most definitely, it is the future. I call it “Hollywood 2.0“. We are working in that direction, together with AtromG8, our partner from the Crypto Valley of Switzerland, to enable everyone to buy NFTs of WeShort Originals productions.

In addition, inspired by our extensive network of respected directors, producers, actors and other film industry insiders around the world, we have identified NFTs as a far more exciting concept of community building, bringing together audiences and film industry insiders for the first time. We envision it as a new era of entertainment and cinema of tomorrow and therefore believe it can become the film club of the future, and the most elite one on the planet.

What is the roadmap for the project?

We are currently in the pre-launch phase, we are selling our first subscriptions and we have won the trust of our first audience who have so far consumed more than 300,000 minutes of entertainment on the platform. We are in the process of launching iOS and Android mobile apps and then smart TV apps to follow. We are continuing to acquire short films from around the world and by the end of the year, the platform will be available in two more languages in addition to the current Italian, English and Spanish. In addition, as already mentioned, we will be making WeShort Originals and using AI. In the roadmap, we are also planning to open up the African and Asian markets. In the future, we are also thinking about dubbing, but for the moment we are concentrating on introducing the platform to as many people as possible in Italy, Spain and the UK.

Thank you very much for this interview, and to all the readers of your magazine, I am pleased to give a discount code to enjoy a free month on WeShort.

See you soon and IN SHORT WE TRUST!