In the third quarter that has just ended, while Bitcoin remains at the top of users’ choices, Cardano jumped to second place and Ethereum slipped to third.

ETH rose from $2,100 to $2,800, peaking at almost $4,000. In other words, BTC’s volatility has been lower than that of the other two cryptocurrencies, while there is little difference between ETH’s volatility and that of ADA.

Yet eToro reveals that Italian individual investors on its platform only increased their positions in BTC by 5% in Q3 2021, compared to +20% for ADA and only 1% more for ETH.

According to eToro’s crypto market analyst, Simon Peters, this quarter has seen profound changes in the crypto world as the bullrun has been replaced by a somewhat more cautious and uncertain market.

, while Ethereum’s London upgrade seems to have garnered less of it.

Cardano has also overtaken Dogecoin in this particular ranking, which has fallen to fourth place, while XRP, TRON and IOTA remain in fifth, sixth and seventh place respectively.

However, it is the positions that follow that have seen the most change, with some lesser-known cryptocurrencies seeing greater growth as many investors look for quick and easy gains.

Algorand saw positions increase by 869%, Polygon by 470% and BAT (Basic Attention Token) by 359%, but new cryptocurrencies added to the platform, such as Shiba Inu, Enjin and Maker, also performed very well in this respect.

“Some investors believe that holding whole tokens or coins will yield better results than owning a fraction of Bitcoin – prompting them to research similar assets such as Polygon or Algorand. In essence, the crypto universe is expanding at an increasing rate with more and more coins, tokens and use cases continuing to come to light. While a portion of investors will choose to stick with the larger, more established crypto-assets, I have no doubt that we will see more and more of them looking to diversify their portfolios with alt-coins in the future.” 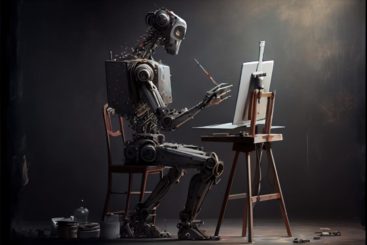