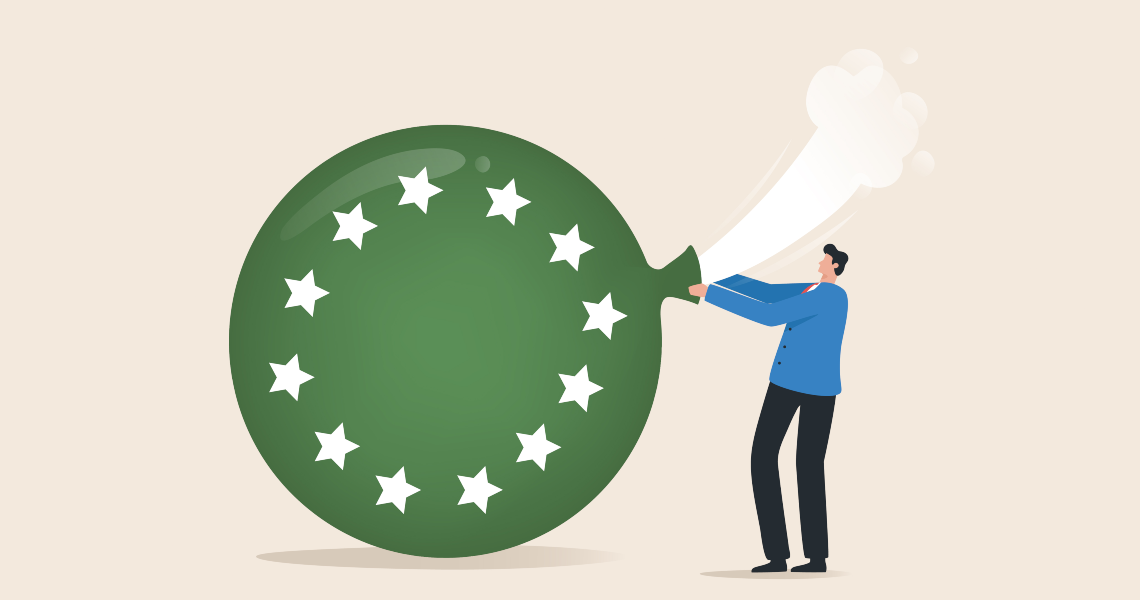 The European Commission and Parliament appear to have finally reached agreement on new legislation for the crypto sector.

Europe: waiting for the MiCA to take effect to regulate the crypto ecosystem

The Council presidency and the European Parliament have reached tentative agreement on the cryptocurrency markets proposal (MiCA) which includes issuers of uncollateralized cryptocurrencies and so-called stablecoins, as well as the trading venues and wallets in which the assets are held.

In a memo issued by the European Commission on 30 June, it said:

“This regulatory framework will protect investors and preserve financial stability, while allowing innovation and fostering the attractiveness of the crypto-asset sector. This will bring more clarity in the European Union, as some member states already have national legislation for crypto-assets, but so far there had been no specific regulatory framework at EU level”.

There has been talk for some time about the possibility of finally agreeing on a regulatory framework that should bring order to the cryptocurrency sector. MiCA was officially approved on 30 June and is expected to enter into force next spring.

France’s Minister of the Economy, Bruno Le Maire, had also intervened on the issue, and he had addressed the risks associated with the unregulated development of cryptocurrencies and particularly stablecoins, especially in light of what happened with Terra.

Le Maire comments on this:

“Recent developments on this quickly evolving sector have confirmed the urgent need for an EU-wide regulation. MiCA will better protect Europeans who have invested in these assets, and prevent the misuse of crypto-assets, while being innovation-friendly to maintain the EU’s attractiveness. This landmark regulation will put an end to the crypto wild west and confirms the EU’s role as a standard-setter for digital topics”.

The official press release from the European Council states that the new regulation will protect consumers, and enable fraudulent schemes to be avoided. In addition to focusing on protecting retail operators in the crypto market, MiCA also introduces minimum financial requirements that Vasp and/or Casp will have to comply with.

The problem is that, after official approval, the ECB fears regulatory overlap between the regulations imposed by the various Central Banks. In particular, in relation to activities carried out in crypto and traditional finance within member countries to the European Union.

This could also generate future conflicts regarding the transmission of monetary policy in the countries involved. The European Central Bank forms the core of the Eurosystem and the European System of Central Banks.

The ESCB was established by the Maastricht Treaty and consists of the ECB and the national Central Banks of the 27 member states of the European Union.

This system forms the legal basis of the single monetary policy, and it is easy to see how a regulatory conflict between countries, which aims to regulate a rapidly expanding market, could generate non-negligible difficulties.

Since it is the executive body, it will be necessary to see how the ECB will react in this regard before the MiCA finally comes into force, somehow trying to keep up with the speed of evolution of the crypto sector.

European regulators have noted the need to receive information from industry players on transactions and transfers to avoid instances of money laundering and scams for the protection of customers.

Great attention was also placed on stablecoins, a real pillar of the crypto market.

“Every so-called “stablecoin” holder will be offered a claim at any time and free of charge by the issuer, and the rules governing the operation of the reserve will also provide for an adequate minimum liquidity. Furthermore, all so-called “stablecoins” will be supervised by the European Banking Authority (EBA), with a presence of the issuer in the EU being a precondition for any issuance”.

Meanwhile, the European Parliament gave the green light in recent days to the package of rules on big tech, which aims to limit its monopoly power over those capitalizing more than $75 billion.

According to Reuters, the package of rules approved in Brussels on Tuesday could be limited by the lack of real oversight powers by European regulators.

In addition to the Digital Markets Act (DMA), the Parliament also passed the Digital Services Act (DSA), which requires online platforms to increase controls over the content that is transmitted.

The penalties for violations of these two regulations would in theory be very hefty because they can be as high as 10% of turnover for the DMA and 6% for the DSA.

What is somewhat perplexing is the formation of an 80-person task force with a budget of 12 million euros to check that big tech complies with the dictates of the newly passed laws.

The Commissioner for Internal Market and Services, Thierry Breton, was quick to nip in the bud the controversy in this regard, saying that this is a start and that there will be new hiring and new budgets and investments.

Breton writes in a note:

“We have started to gear the internal organisation to this new role, including by shifting existing resources, and we also expect to ramp up recruitment next year and in 2024 to staff the dedicated DG CONNECT team with over 100 full time staff”.

Previous article JPMorgan: the Bitcoin and crypto bear market may not last long
Next article Euro at its lowest against the dollar since 2002
Vincenzo Cacioppoli