The widely used trading app, Robinhood, which is popular among younger people especially for its ability to trade in the financial markets without paying fees, takes another step into the crypto market by adding Stellar (XLM) to its roster.

Indeed, the famous US trading app announced that it has enabled three more new cryptocurrencies XLM, AAVE, and XTZ on its platform. In September it had added USDC and Matic, to make its cryptocurrency offering increasingly diverse.

According to data emerging from the platform itself it would appear that users seem to increasingly appreciate the market and trading in cryptocurrencies, despite the fact that the market continues to be quite negative.

The three new cryptocurrencies that Robinhood has decided to offer trading for its users are precisely the native asset of Aave, DeFi‘s cryptocurrency lending protocol, which is taking advantage of the failure of two competitors such as Celsius and Voyager Digital.

Stellar Lumens (XLM) is certainly the best-known and most popular of the three that currently occupies the 25th position among the most capitalized cryptocurrencies, with a $2.8 billion market cap. This is Stellar’s native cryptocurrency, a blockchain-based payment network.

Finally, XTZ is the native token of Tezos, an open-source blockchain that can perform peer-to-peer transactions and serve as a platform for implementing smart contracts.

Robinhood, which currently has 18.7 million monthly active users and will release its third-quarter results in early November, is one of the best-performing stocks on the stock market. By mid-year it had laid off about 10% of its workforce, justifying it by difficult market situations.

But precisely in an effort to diversify its offerings for the past few months, the trading app has decided to jump headlong into the cryptocurrency market, given also the high demand from users.

USDC, Shiba Inu, Polygon, Solana and Chainlink are just some of the new coins the company has introduced this year, bringing the total cryptocurrency portfolio to 19. A beta version of Robinhood’s cryptocurrency wallet was released to about 10,000 individuals last month and was first tested with Polygon (MATIC).

Stellar (XLM), one of the most interesting crypto to trade

According to many experts and analysts, Stellar’s coin would be one of the most interesting as far as investments and trading are concerned. its functionality as a payment intermediary between the international payments system among banks. A service that is highly valued especially in those countries where remittances from abroad are widespread. It is a real competitor to Ripple.

However, in recent months it has reportedly lost about 84% of its value on the market, making it one of the worst assets among the largest-capitalization cryptocurrencies. But now many analysts are convinced that the time has come for XLM’s big redemption.

The famous influencer and trader, who goes by the name Crypto Capo on social media and has more than 500,000 followers, and who predicted the market’s collapse in early 2022, has advised his followers to bet firmly on Ethereum and precisely on Stellar for the coming months.

Latest news on The Graph crypto project
Crypto: how are Dogecoin, Tron, Polkadot and Quant doing? 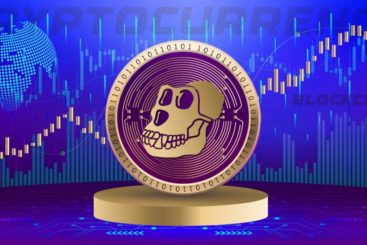