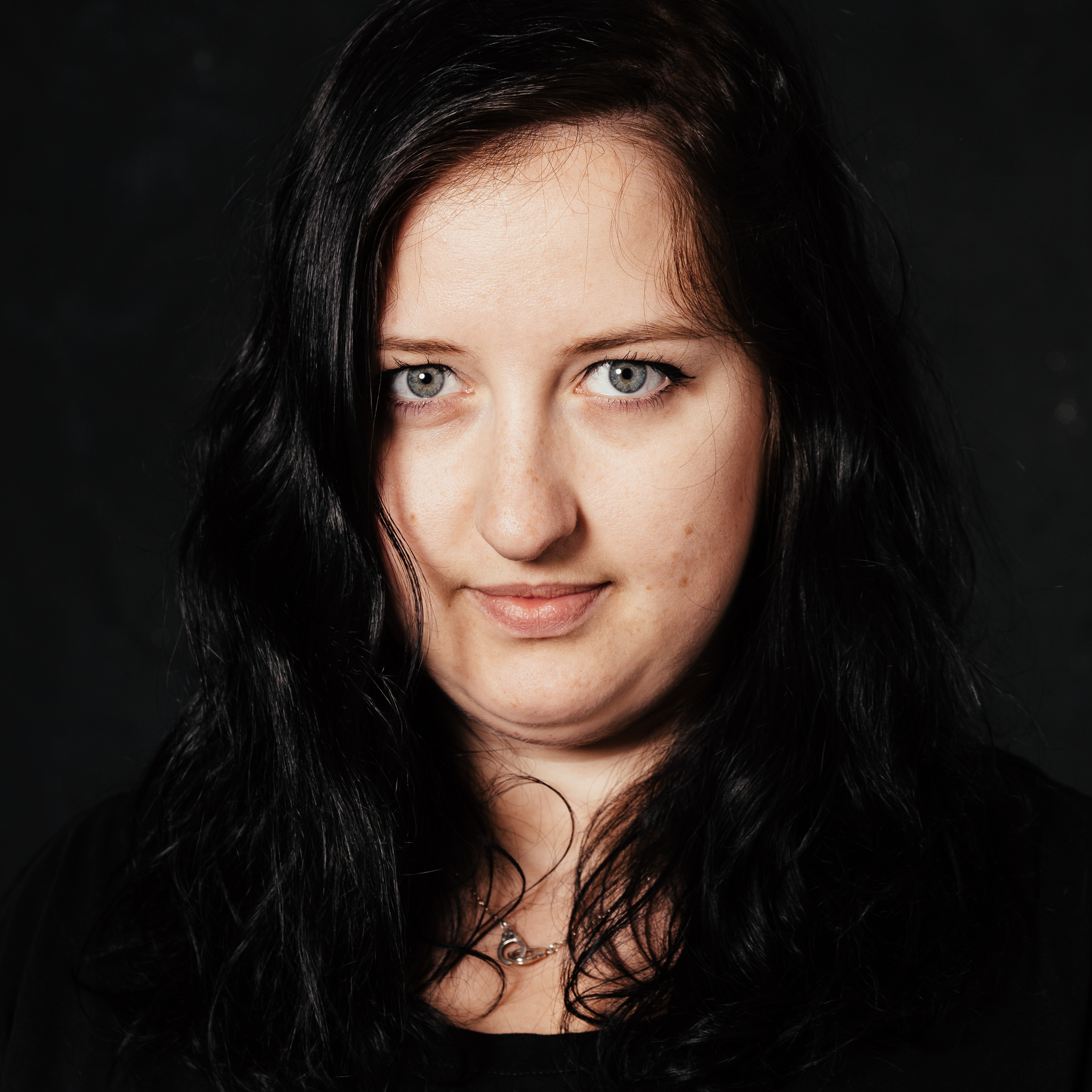 Neufund ICO: our mission is to tokenize the economy

To act as a bridge between the protagonists of the traditional economy and the “new world” of blockchain and ICO: this is the mission of Neufund, a German startup whose task is however complicated by regulations that are still absent. Once the legislation has been clarified, the sector of cryptocurrencies and token sale will be able to proceed.

This is what Agnieszka Sarnecka explained to The Cryptonomist. She is the VP Ventures at the Berlin-based equity token offering platform. The entrepreneur would like to help fill the gap between inventors-entrepreneurs and investors, secure of a conviction: “innovation cannot be stopped.”

Agnieszka Sarnecka – VP Ventures at Neufund, equity token offerings platform operating from Berlin and entrepreneur by heart. Having experience with both traditional and crypto investors, she specializes in fundraising on the blockchain. Believes in opening the creativity for good and bridging the gap between inventors and investors. Speaker at The Family and GrowthCon. Featured in Forbes.

What are the driving ideas behind the inception of Neufund?

I can recite that at any time, anywhere in any circumstances (laugh). Neufund’s mission is to bridge the gap between investors and inventors thus opening the innovation for good. We believe that creativity is a basic human right and anyone should be able to create.

Current the way of raising capital and funds lacks efficiency. Nowadays, founders with the need of financing stand before a costly and time-consuming process of going through multiple VC rounds. And each time they need more capital, they have to go through the same process again and again. This stands in clear opposition to the ease with which big corporate companies that already did their IPOs can gain more capital and creates a deeply unfair advantage.

We change that by allowing any incorporated entity worldwide to conduct a quasi-IPO on blockchain and tokenize a part of their shares in a legally binding and secure way.

Your company fills a gap between non-blockchain companies and the opportunities given by smart contracts and cryptocurrencies underlying technology. Please tell us how this concept has evolved from the early beginnings of Neufund.

Exactly. As you pointed out we aim to bridge the off- and on-chain worlds. This means that our mission is to enable any kind of business, like a bakery or an ice-cream shop, to utilize the powers of blockchain technologies, and especially the mechanics of the ICO, in a fundraising process. Which, at its core, is a brilliant concept. However, we want to ensure that those companies conduct those ICOs in a legal way by tokenizing their shares in an easy and transparent process – an Equity Token Offering.

Token Offerings we’ve seen so far in the crypto space were usually conducted by projects strictly working with the blockchain technology, and that’s mostly because you would have had to be a developer to know how to set up the process of fundraising via an ICO. The complexity of the process was up until now one of the biggest hurdles. We are changing that.

From the inception of Neufund, we faced one fundamental question: How do we make crypto tokens legally binding and therewith legally enforceable in court. On the one hand, we have smart contracts stating trustless governance rules of the crypto tokens. On the other one, we have legal agreements stating trust-based rules of a business relationship. Our biggest innovation has been finding a way to link both contracts with each other based on a common language. That’s right, language.

Both the smart contracts and the legal contracts are written in a specific language. We’ve unified it on both sides and mirrored both in each other. You can now treat the legal contract as a literal translation of the code into commonly understandable language, such as English. This way both the developer and the lawyer can read it. Starting with the term sheet, investment agreement, token holder agreement and ending with the prospectus all legal documents are hashed to the smart contract, which is executing the fundraising process. All rules are aligned and mutually proved to be consistent.

How would you describe the Equity Token Offering process and what are the advantages of this approach, compared to traditional VC rounds? And why did you call ETO “ICO 2.0 scam-free”?

An Equity Token Offering is essentially taking a part of company’s shares, reflecting them as equity tokens on the blockchain and then offering those in public or private offerings to the investors. It is a hybrid investment model that combines the benefits of a VC round, an IPO process, and an ICO mechanism. It’s more like a quasi-IPO on blockchain rather than a traditional VC round.

An exciting thing about ETOs is that both big VC companies and private individuals can participate in the same investment round. You don’t need to be an accredited investor nor have huge capital – you can simply invest by purchasing equity tokens on our platform.

Additionally, you do not need to even buy a whole share, you can buy just a part of it since every share will be represented by multiple tokens. This was never possible before. Moreover, the equity you buy in form of tokens is highly liquid since they will be fully transferable and tradable on secondary markets. This means one thing: no more waiting for an exit in a few (undefined) years, you can capitalize your investments within minutes.

The whole process is very simple, investors only need to go through a blockchain-based identity verification process and invest using their ETH or EUR (yes, we accept EUR!). It takes only a few minutes to set up the account. If you are a euro investor you do not need to know how blockchain works, you simply register on our platform and blockchain-based framework is created for you in the background. It is the easiest blockchain onboarding process so far.

From the company’s point of view, once you’ve registered and configured the terms of fundraising you only need to fundraise and manage your investors via our platform. Once your company is on-chain and the process is established you will be able to easily to release more equity tokens and raise more funds, just like in case of any publicly listed company. No more need of re-doing the investment roadshow, negotiating valuations, redoing term sheets and meeting investors one by one for 6 months before closing the deal. It’s a take it or leaves it to offer presented to thousands of investors globally.

We also have a security layer, which is another revolution in the investment world. Because of our legal and technical architecture, the contract you sign when investing in the company is not just transparent and not-changeable, it is also self-executing. It means that the smart contract is actively making sure all your rights are executed accordingly to the conditions: voting rights, payout distribution, exits etc.

Your own token, Neumark (NEU), allows users to commit capital to the Neufund platform and also let holders benefit from platform revenues and platform Portfolio. Do you have plans to expand further its role in the future?

Not entirely. Neufund is a community-owned platform with an economic model in which investors are rewarded with NEU tokens for investing in Equity Token Offerings. To invest in the ETOs investors use Euro or Ether. Once an investor invested into a project on the platform and received NEU tokens as a bonus, he or she becomes an economic co-owner of the whole platform.

With NEU tokens you are eligible to claim a share of all revenues generated by Neufund. It’s like investing on Nasdaq and with that becoming a co-owner of the Nasdaq itself and thus have proceeded from all profits it makes.

Talking about issuing equity tokens, which industry or sector do you see the most affected by the adoption of this practice?

Our fundraising process is technologically enhancing the VC market, the IPO market and generally the whole investment market. While I do not believe that ETOs will replace the way ventures raise capital, I strongly believe that by adopting ETOs as an alternative financing method the market will witness a kick towards higher efficiency, transparency, and security.

What’s definitely worth mentioning is that equity tokens might be issued by any incorporated entity anywhere in the world, except for the US (for now). Your business doesn’t have to be a tech startup, you can be a traditional business operating for many years or an early-stage project. This opens up the way of fundraising to many ventures that didn’t have that possibility before.

Thanks to Matteo Oddi for the collaboration to realize this interview