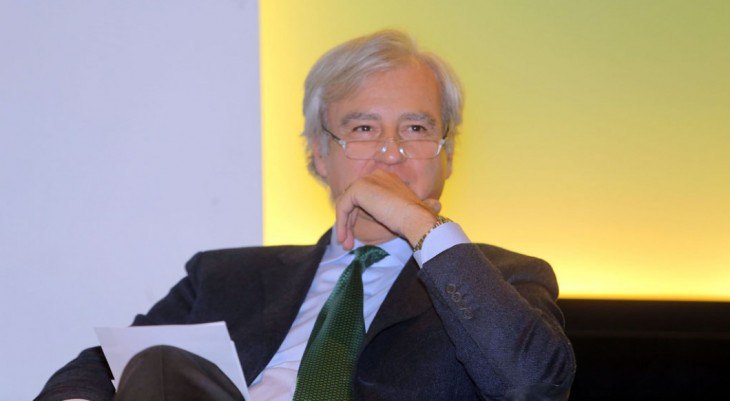 “State cryptos? Premature but they will come”

State cryptos, a work in progress.

At the recent conference organised by SUERF at the BAFFI CAREFIN centre of the Università Commerciale Luigi Bocconi, Fabio Panetta, Deputy General Manager of the Bank of Italy, gave some weight to the issue of CBDCs (Central Bank Digital Currency), the digital currencies issued by central banks, which are being studied by various national institutions.

Panetta highlighted how CBDCs can be issued by central banks, although with some caution regarding the degree of protection of privacy and the solution of technical problems regarding the security of the instrument.

However, he also pointed out that their issue was certainly not on the agenda at Bankitalia.

On this subject, we interviewed Professor Antonio Maria Rinaldi, professor of Corporate Finance at the “G. D’Annunzio” University in Pescara and of Organisation of Economic Processes at the Link Campus University in Rome.

Professor Rinaldi, what do you think about the position of the Bank of Italy which seems to exclude, certainly in the short term, the issue of CBDCs?

If we carefully read the speech by the Deputy Director, Fabio Panetta, we clearly understand the concerns of the Bank of Italy: there is a fear of taking away a significant source of income for the credit system. In a situation where the intermediation margin of the banking system is at its lowest due to the monetary policy of the ECB, the fees resulting from the operation of payment systems are an essential element in the balance sheets of banks. The introduction of a CBDC, which would allow direct monetary transactions at minimal, if any, cost, would wipe out this rich source of income and thus further undermine our banks. It is a pity that these incomes are guaranteed by the economic system as a whole, that is to say by companies and families, which pay these costs themselves, so that, in this way, a position annuity of the banking system is perpetuated and efficiency is not stimulated.

Yet in Bank of Italy’s written document, it is admitted that the introduction of CBDCs could have a positive effect, especially for those who are marginalized by the banking system…

Of course, as Dr Panetta acknowledges, to date a large portion of the Italian population is excluded from the banking system but could have access to electronic payment systems.

It is not a secondary slice, equal to 7% of households, 1.8 million people, who do not use bank accounts often not for voluntary choice, but because they are excluded from personal economic events.

All those reported with the CRIF are not allowed to open a bank account. The Banca d’Italia prefers to protect a source of income for a system that is in any case obsolete, rather than providing a payment instrument to those who would need it.

In its speech, the Banca d’Italia also highlights the distortions that a cryptocurrency could generate in the management of monetary policy. What do you think about it?

It’s a whole question related to the distribution and management of the mining of this hypothetical CBDC.

If mining were centralized, without any accrual of interest, there is no doubt that there would be no difference between CBDC and normal fiat currency from the point of view of monetary policy, because the quantities issued would still be determined upstream by the monetary authority.

If instead widespread solutions were used, it would be necessary for the Central Bank to maintain control of mining at the individual operators level, whether they were intermediate institutions or individual citizens.

Well, nothing prevents us from imagining a solution in which mining, perhaps PoS (Proof of Stake, in which the generation of cryptocurrency does not depend on the processing of data, but on the possession of the currency itself) is concentrated in credit institutions that then transfer the interest generated to the citizen.

Or to see the same activity completely decentralized and in the hands of the citizen, who could carry out a limited mining from his wallet. The Central Bank should still have control over the amount of mining granted to other users.

On the contrary, we would have a truly effective monetary instrument because it would intervene instantaneously in household incomes in the event of an economic recession, avoiding the delays and functional costs of the normal monetary policy instruments.

Do you think that in the future the Bank of Italy will re-examine these statements?

Personally, I can agree with Dr Panetta that the issuance of a CBDC is still premature and requires more knowledge, also from the point of view of security, privacy and transactional costs. Furthermore, there is a major problem: who should be the managing actor, the ECB or the national banks? However, I am convinced that this is only a postponement because we cannot stop the development of the economy solely in order to protect particular interests, however important they may be.