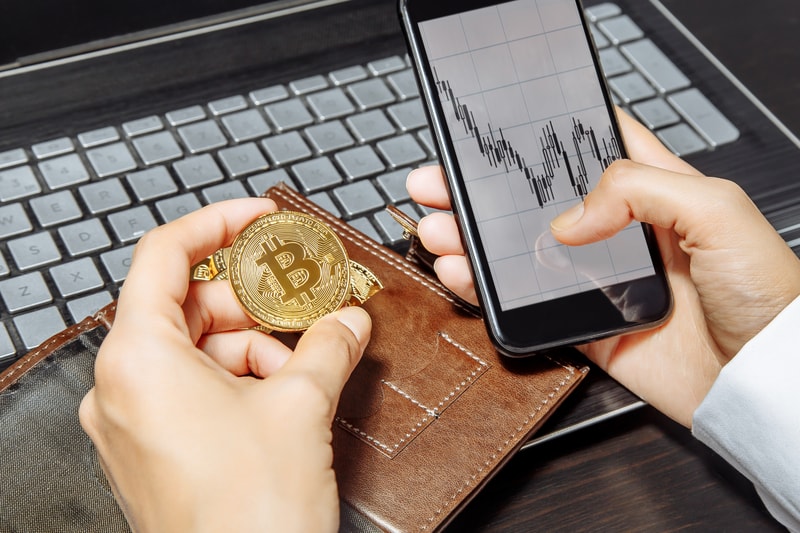 Cryptocurrency Day Analysis: The descent doesn’t stop, only one positive sign out of 300 coins. Bitcoin close to the $6,400 support.

The week starts in red for all cryptocurrencies.

The awakening of the Bear is painful for the whole sector that sinks again under the 300 billion of capitalization.

Scrolling through the list of the first 300 coin only a green sign appears, that of Veritaseum (VERI) that roams upstream with an increase of more than 11%.

All the rest is a long list of negative signs trying to recover from the double-digit downturns of the past 24h.

Disappointment for the recent launch of the mainnets Eosio1.0 for Eos, Odyssey 2.0 for Tron. The latter name is short-sighted given the negative trend that is hitting TRX prices in a loss of more than 55% since the beginning of May.

The faults of a heavy downturn that in a single day make Bitcoin lose up to 15% in less than 24 hours, highlight the fragility of a market that fails to recover confidence among investors.

A hacker intrusion into a small South Korean exchange, Coinrail, was enough to justify the downturn triggered by the news made public by a tweet from the company.

The sinking of the last three days has brought prices down to the levels of early April, accompanying a bearish trend that began in early May.

The bull has to start all over again, otherwise, the Bear will continue to make the market sink mercilessly.

The drop in the last few hours confirms that the bearish trend of the bimonthly cycle did not end with the lows of the end of May in the 6900 area.

The break of this level, coinciding yesterday with the bullish trendline (red line), started in January and passing in the area of the lows of early April, triggered sales that in a handful of hours have seen prices collapse and stop just above 6600 dollars.

Prices dangerously close to the $6400 support, a low from the beginning of April. An explosion of the volumes that return to be seen with trades at the levels of early April.

UPWARD TREND: With the breaking of the 7200 dollars the bull has raised the white flag. It is useless to anticipate the possibility of increases if technical rebounds (pullbacks) aren’t evaluated first. A first recovery of the $7000 is important to evaluate intensity and desire of recovery.

DOWNWARD TREND: Watch out for a possible break in support at $6400, a delicate threshold, the penultimate bulwark before seeing a defeat.

The bear made the markest sink in just two days, a drop close to 20%. Prices try to violate the lows of late May in the 500 dollar area.

The proud bulls at the moment, recover prices in the 530 area. Despite the heavy correction that marks a decrease of more than 40% since the beginning of May, unlike Bitcoin, prices are still able to keep a safe distance from the lows of early April.

A similar downward extension is to be expected in order to be revised. A condition that keeps the trend of the current bimonthly cycle, which began on 6 April, set on an upward trend.

UPWARD TREND: Before evaluating upward operations it is necessary to hold the 500 dollar area and lead a return of prices above 560-580 dollars.

DOWNWARD TREND: Possible breakage of 500 dollars affects the bullish trend started in April and opens space for reductions down to the 420 area.

A technical structure similar to that of Ethereum.

After witnessing a good technical rebound from the lows at the end of May, reaching just above the threshold of 70 cents, the absence of new purchases from the beginning of June has accompanied the return to support levels in the $0.5450 area.

Resistance level at the beginning of April, confirming the importance of this area. Prices are more than 40% away from the maximum levels between the end of April and the first days of May.

A laterality that from mid-May forces prices between $0.50 and $0.75 without providing comforting indications for those who, believing in the statements made by a member of the Ripple Foundation team in recent weeks, hoped to revise prices to $1.50 by the summer.

UPWARD TREND: A return above $0.70 would be useful to see the bull in action.

DOWNWARD TREND: Keeping the support at $0.50 gives hope of being within a congestion useful to accumulate buying positions. A break at this level and sinking below $0.45 would instead increase the chances of reviewing the $0.25 area.