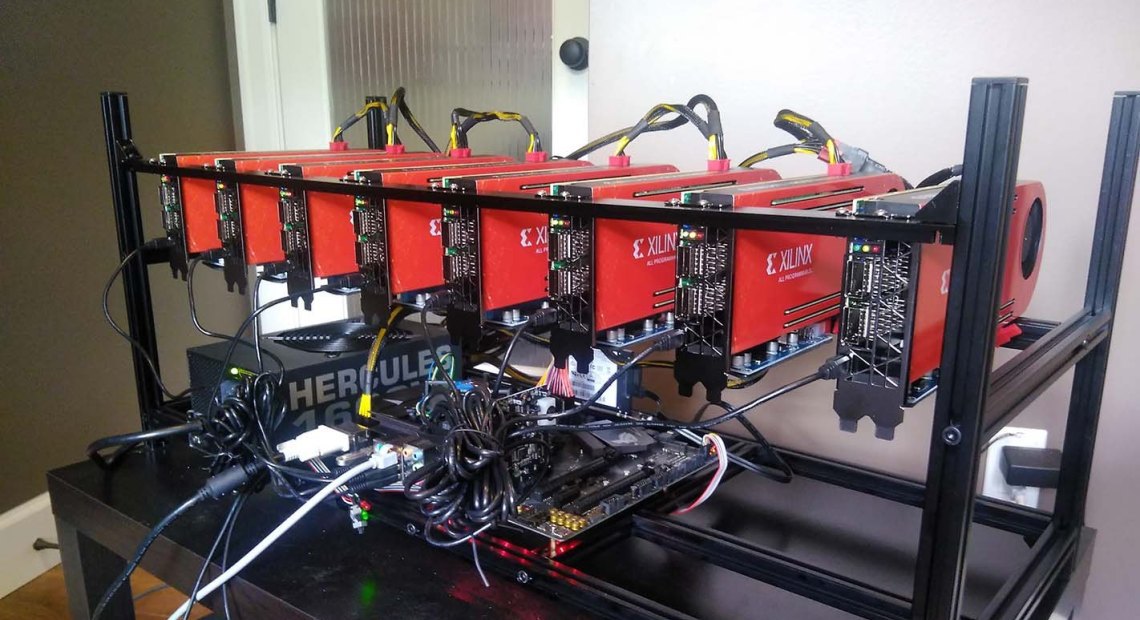 Xilinx Virtex VCU1525: Are FPGAs for mining back in vogue?

Over the last few months, on BitcoinTalk there has been a return to the topic of mining using FPGAs, in particular with regard to the Xilinx Virtex VCU1525, an FPGA produced by Xilinx, which with the appropriate programming can be exploited with reasonable results in cryptocurrency mining.

It is not the first time that FPGAs are used to mine, quite the contrary, in the past, between 2012 and 2013, it was precisely the FPGAs that anticipated the first specific ASICs for mining.

However, perhaps due to the increasingly high prices of the latest ASICs and the efforts made by the development teams of the main cryptocurrencies against the hardware specializing in mining, it could be convenient to use FPGAs again.

This is because FPGAs are lower in efficiency and performance than ASICs, but they can be reprogrammed in case the PoW algorithm is changed. All while maintaining a much better efficiency compared to more classic GPUs.

However, there are two problems. The first is the price, which is high but, considering the overall prices for mining hardware, it can be considered almost acceptable. Secondly, the difficulty of programming these devices, which requires some expertise in the field. Therefore, these are not solutions for everyone, quite the opposite.

Specifications and price of the Xilinx Virtex VCU1525

Among the many models and considerations made, one of the best solutions is the FPGA VU9P, or the Xilinx Virtex VCU1525. Apparently, it may look like a video card given the format, but it actually has very little to do with a graphics card, except the standard adopted for the PCB, heatsink and PCI-E connectors for power supply. The actual operation is done via USB. 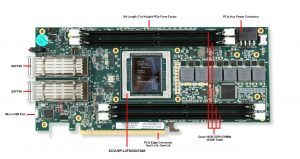 The Xilinx Virtex VCU1525 is characterised by four DDR4 memory slots, which guarantee 64GB of installed RAM. Hence algorithms that require large amounts of memory such as Ethash are not a problem.

However, for the most memory-constrained functions, not in terms of quantity or bandwidth but in terms of latency, the FPGA VU9P integrates 360 Mb of memory on-chip. So it’s not even a problem to run algorithms like CryptoNight.

Moving on to power consumption, the Xilinx configuration can absorb 225 watts at peak power, but in reality, depending on the configuration, actual power consumption should be lower. There are also the appropriate interfaces to connect more FPGAs in parallel and program the two units in a complementary way, so as to improve performance where possible.

As for the prices, these are quite high. The version marketed by Xilinx, in fact, costs around 4000 dollars. This figure includes the cost of programming and modifying the hardware.

According to the information available on the BitcoinTalk thread, mining coins based on the Lyra2z algorithm, the Xilinx Virtex VCU1525 obtains a hashrate of about 20-21 MH/s. This is achieved by means of appropriate hardware modifications.

On Monero, on the other hand, more specifically with the CryptoNight V7, it is possible to achieve a hashrate of between 14 and 20 KH/s with a consumption of 160 Watts. Again, it is necessary to make the necessary hardware changes and program it correctly.

It is necessary to reduce the voltage, improve the cooling system, slightly modify the PCDB of the card and above all know how to program it. To date, in fact, it does not seem to be possible to find ready-to-use configuration firmware.

Among other values, these are reported:

Good values. Definitely not comparable to ASICs but superior to GPUs. Consumption is also very low. However, the high cost of purchasing the device remains to be evaluated. Lastly, given the high demand, they are very difficult to find.

Bitcoin is about to disappear, the latest sensational news from the ECB