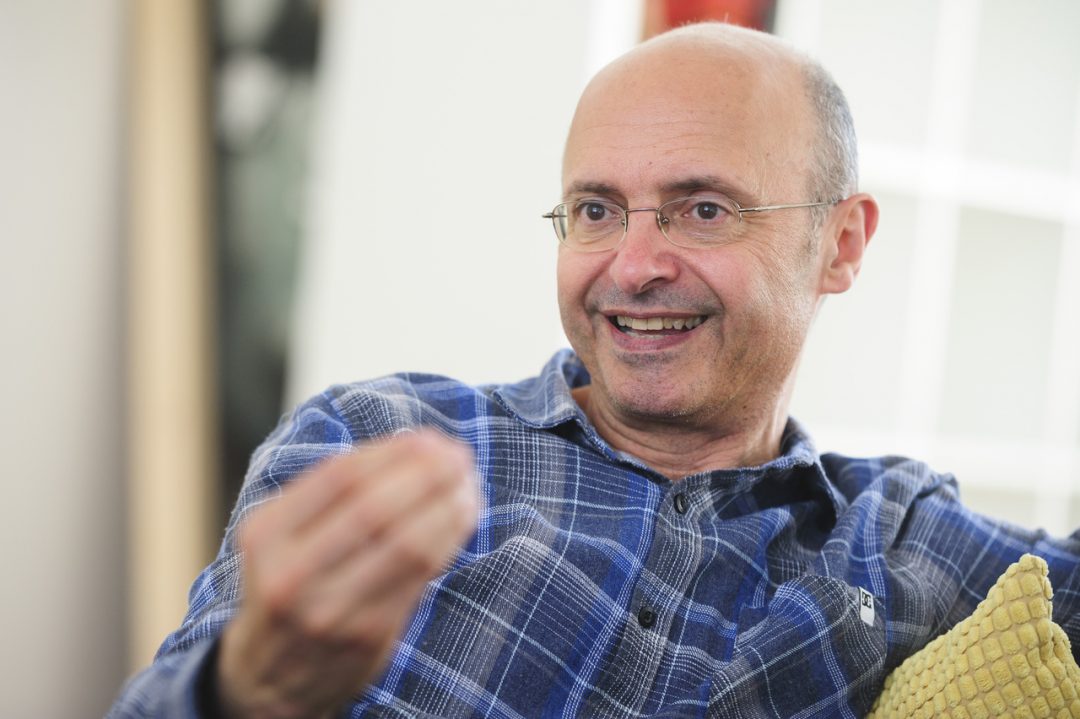 For Mougayar blockchain is just at the beginning

For Mougayar blockchain is just at the beginning: Leggi qui l’articolo in Italiano

William Mougayar is one of the world’s great experts on blockchain and decentralization. Cryptonomist met him in Milan, where he was present for the event Codemotion last June 14.

As Mugayar explains in the interview, existing technologies are currently being replicated on blockchain: “The real revolution“, he says, “will come when we will learn to do new things with these technologies“.

What are the advantages of using open and decentralised technologies?

The main advantage is the decentralisation of innovation itself. Being open, anyone from anywhere in the world can take part. It’s a mass movement. Blockchain can be even more open than the World Wide Web itself, which has now become quite centralized: for example, Facebook or Uber have become [centralized] standards, they record and possess our personal data. With blockchain instead you have full control over your data, you can decide which to give, possibly in exchange for something.

Will Blockchain become as pervasive as the Internet?

Potentially even more, because it has to do with money. In the beginning, the web dealt with information, commerce and sociality. Blockchain can have all this, but also much more. Money is a native aspect of blockchain technology, it’s “programmable money” thanks to smart contracts.

Can the Blockchain have an intrinsic value?

It has value if it has users, if it has developers and if it has an ecosystem. For example, Ethereum is not just a technology: it is a movement. If the technology has problems they will be solved and improved. And it has more than just developers: it has tools, applications, investors and experts. It’s a community, which is very important. It acquires more and more knowledge and this allows greater use.

Can tokens play a role in innovation even without blockchains?

That seems to me to be very difficult. You would end up losing the efficiency of blockchains, especially with regard to transfer processes. Database-based systems can also be implemented, but in the end, it would be more complicated and more expensive. In any case, an intermediary would be needed to manage the system.

Let’s take the loyalty systems of companies, for example, those that assign points: they allow you to do few things and are under the complete control of those who manage them. They may decide that points accumulated at a certain point in time may no longer be worth anything. With a decentralized blockchain, the users would have the points, nobody could manipulate them.

As far as centralized blockchains are concerned, they make sense in B2B, for specific applications. Companies do business with each other but do not trust each other, and they need to be verified: blockchain can provide this kind of guarantee when you share your data with other companies. It also allows companies to share only the information they wish to share, knowing that the information shared by others is correct. With database-based solutions, however, there is always someone who controls everything, and you must trust them.

Could decentralisation reduce or even eliminate the role of the nation states?

In theory, yes, but I do not think that it will be easy. Maybe, instead, supranational states could be born, formed by people scattered all over the world, connected to each other, belonging to different nations. Take, for example, the Armenian people, who are spread all over the world: they could form a “virtual nation”, which would include not only the residents of the country. Or a community, such as those who like special foods or wine. This could be an evolution: virtual nations with their own government, their own voting system and shared values.

Switzerland can be an example of a community that has created a nation: each canton has a lot of autonomy. There is even the Republic of Geneva, with laws different from those of the cantons of Zurich and Basel. This, after all, is an example of decentralization that guarantees autonomy and federation. Nations are an extension of a community.