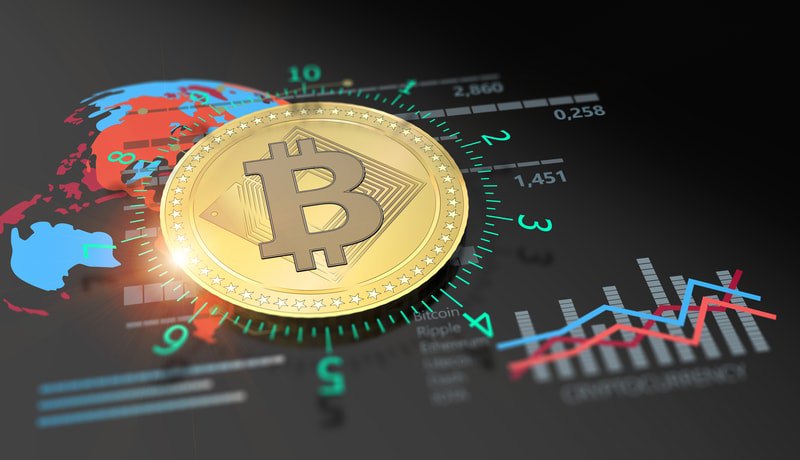 Crypto exchange market: the attempt to react to the rise proves to be a technical rebound generated by important coverings of downward short positions.

This is a rebound. Confirmation comes from the high volume of trade generated on Sunday afternoon in just twenty minutes (over 80 million dollars) while prices reached their lowest point in the last five months.

The first hours of the day copy the trend of yesterday morning with, in order, Ontology (ONT), Ethereum Classic (ETC) and Eos (EOS) that climb on the podium in the top 30 cryptos with increases from 8 to 4% compared to yesterday morning levels.

Only two are coloured red, just behind the percentage point: Tron (TRX), officially independent for leaving the Ethereum network after three weeks of testing, and Dash (DASH).

Total capitalisation remains just over $255 billion, with bitcoin and ethereum holding their market share (42 and 18%).

A recent report published yesterday confirms what has been written several times in these lines. The daily trading volume of bitcoin and ethereum exceeds that produced by the remaining 1600 cryptocurrencies. Of these, more than half, to be precise 803, exchange a volume of fewer than 10 thousand dollars.

In just under 24 hours prices manage to rise above the threshold of 6200, benefiting from a push just over 10% from the annual lows reached on Sunday afternoon, a few dozen points above 5700 dollars.

No special bullish trends are necessary, but a progressive return and stabilization of prices above levels of former supports. First of all: 6400 dollars.

After overcoming the weekend’s storm, stopping the fall above $400, ethereum seeks support to cling to.

The 450-460 dollar area is the first level from which yesterday morning prices are trying to resume the levels of mid-June, the previous low that corresponds to the beginning of the current weekly cycle.

From the highs of the beginning of May to the lows on Sunday afternoon, the drop is close to 50%, confirming the bearish trend that began in mid-January, which so far has seen only two tests of reaction, in February and April.

Both times it was not possible to maintain the bullish structure built in the first two weeks, so we had two rebounds of good intensity (70 and 50%), without a real underlying strength supported by long-term purchases but only in a speculative perspective.