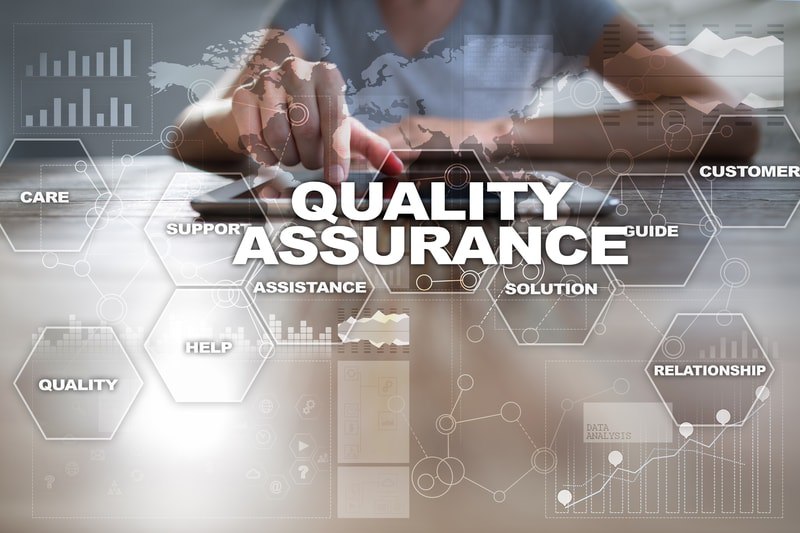 The sector is based on information, which in many cases is still exchanged with manual or paper processes. If the Blockchain insurance will be adopted, the data protocol will cause a sharp break with the past, improving efficiency and lowering costs and time.

If the blockchain was used extensively in the insurance industry, the global industry could reduce the combined damage ratio from five to 13 percentage points and generate over $ 200 billion more in technical margin from total gross premiums. This is supported by a new research conducted by The Boston Consulting Group.

On the other hand, if we consider that blockchain is a distributed protocol of immutable information, it is natural to think that this technology is able to represent a definitive break with the past in a sector like that of insurance, which bases payment methods and commissions, right on data and information, whether they are collected, selected, examined or stored.

Today, as today, most insurers tend to share a limited amount of information, in many cases still using manual or even paper processes.

We often turn to antiquated practices out of fear that digital data exchanges are not entirely secure. The blockchain could completely change the modus operandi. 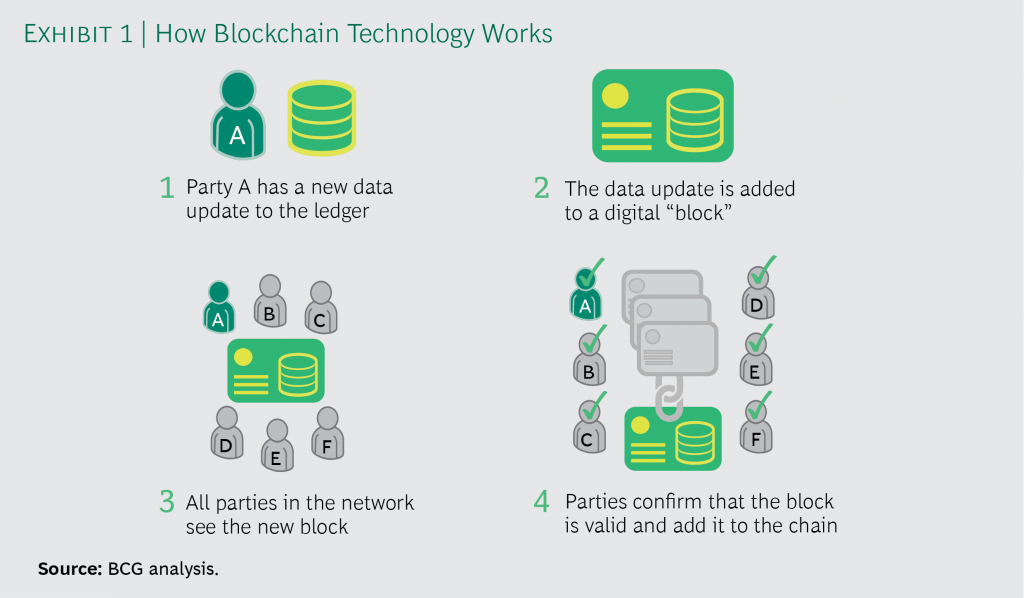 Reinsurance, the car industry and the non-life market

Considering the global damage market, always according to the numbers mentioned in the report called “The First Blockchain Insurer”, the possible savings for insurers would be obtained in three areas of the sector: distribution, risk management and processes. As for the auto industry, an “all blockchain” insurer could earn between 10 and 13 percentage points of combined operating ratio compared to its less developed counterpart.

A similar gain would be achieved in marine cargo insurance, where blockchain technology would act on risk management and processes. Also in the reinsurance business, the market players could improve the loss ratio by 0.5 percentage points and their operating combined ratios from four to five percentage points.

These numbers – according to the study which among the authors has Roberto Bosisio, Principal of Boston Consulting Group in Milan – can not be ignored and some of the big companies in the sector are already working to try to become the first insurers completely based on blockchain technology.

One example is the one represented by B3i Services AG, a project promoted by 15 global insurers and reinsurers – including Generali – to develop insurance solutions on a blockchain platform that improve the value chain of the insurance and reinsurance sector. 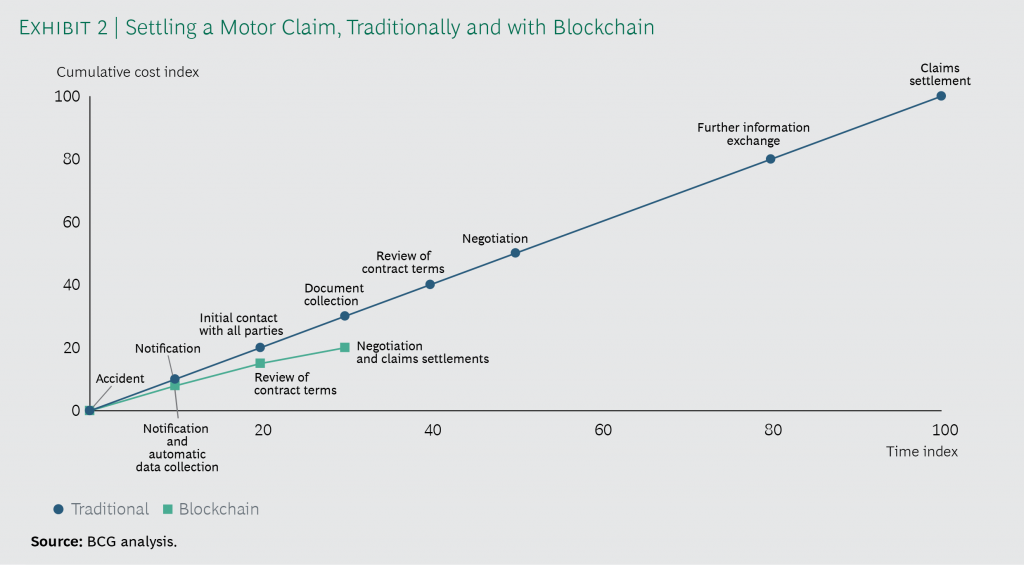 Blockchain would lower costs and time: Axa has already adjusted

Among the advantages of “an all-blockchain insurer”, as defined in the study that also bears the signature of Kaj Burchardi, Managing Director of BCG Platinion in New York, there would be an “extremely” greater efficiency in transactional management processes claims, which would dramatically lower the time and costs.

Insurers involved in some of the first pilot projects testify that already some phases of the insurance value chain are becoming “without transactions”.

In the travel insurance, the delayed arrival of the flight, confirmed by the airport data, triggers automatic compensation directly on the insured person’s account when he / she arrives at the destination.

It should not be forgotten that the big players in the sector have already moved in this direction. For example, Axa already offers a policy that uses blockchain technology in the way described above. 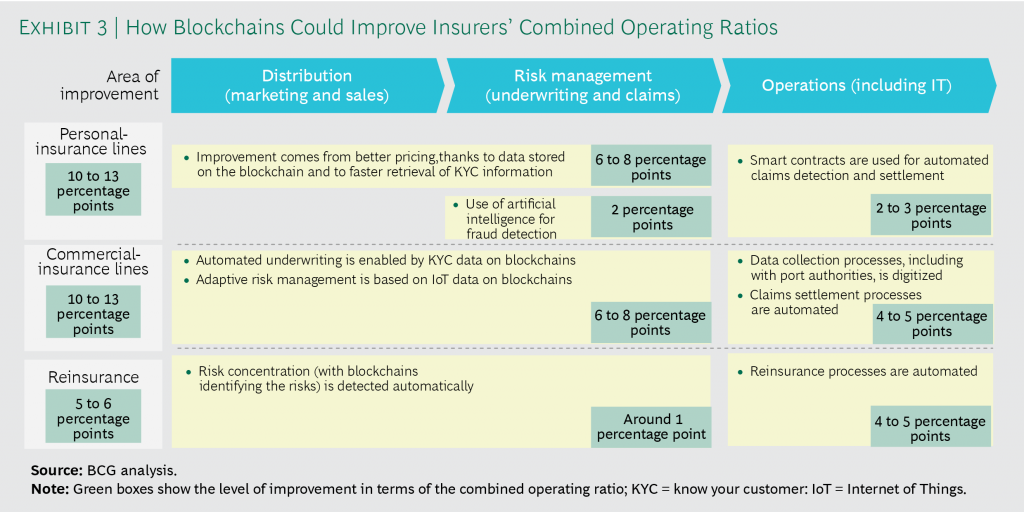 Blockchain-based ecosystems, those in which insurances and third parties share data, can also improve policy pricing and limit exposure to fraud: a person’s risk profile can be much more accurate.

According to BCG, the problem of scalability is solved by blockchain making other digital tools, such as advanced analytics, artificial intelligence and autonomous systems “much more effective”.