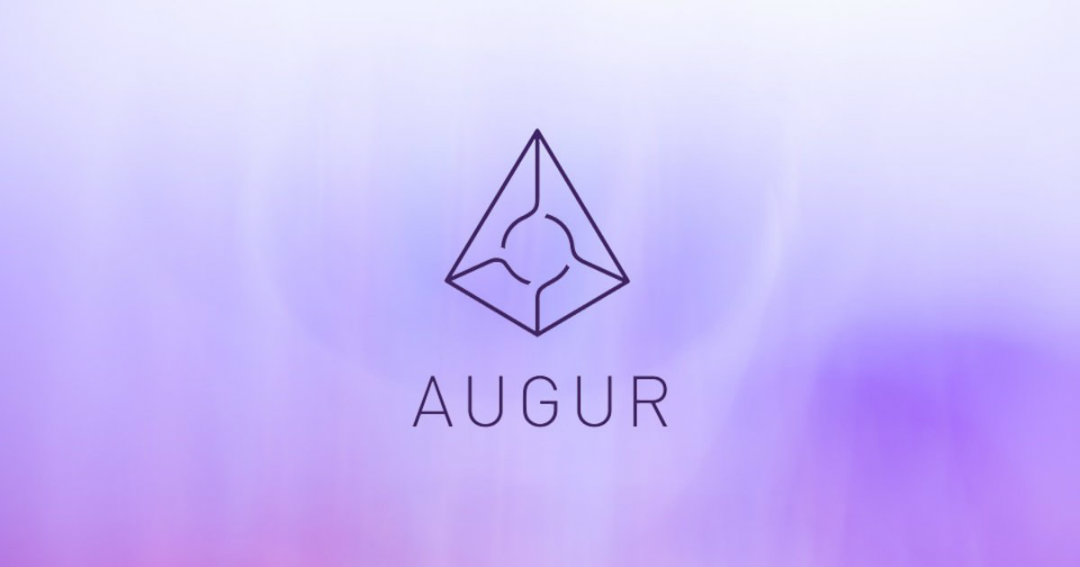 The decentralized prediction market of Augur is live

Yesterday, 10 July 2018, Augur launched its long awaited and first in the world decentralized prediction market, which is a blockchain-based forecasting tool.

REP’s migration took place yesterday and led to the freezing of the ERC20 smart contract and the migration to a new one that can no longer be suspended.

Holders who had REP tokens before migration can now request their own tokens on new contracts. The exchanges have already begun to update the contract address and Binance has already confirmed this.

What is a prediction market?

The Forecast Foundation is the company behind Augur and has chosen the Ethereum blockchain for the construction of its platform.

The prediction market effectively eliminates counterparty risk and avoids centralized servers such as those currently implemented in DraftKings or PaddyPower services.

The problem with this type of market is above all the regulation that varies from country to country, and that is often restricted in certain regions.

Decentralization would be the solution to the problem of licenses and the limits imposed on this type of market.

Thanks to Augur, users, using Ethereum, are now able to create their own events and bet on their result, so they can predict the outcome of a future event and earn a reward if the assumption is right.

Furthermore, to ensure that events in the created markets are accurately reported, users are encouraged with REP to report and correct “markets that have been reported wrong”.

Vitalik Buterin is known as the Forecast Foundation advisor has expressed very positively on the future of this project: “I have been excited by the possibility of prediction markets on Ethereum for a long time and I am pleased to see Augur being a leader in relasing such a sophisticated system into the wild”.

Bets on the result of future events

Users who want to participate in prediction markets or create a new one can download Augur’s app. 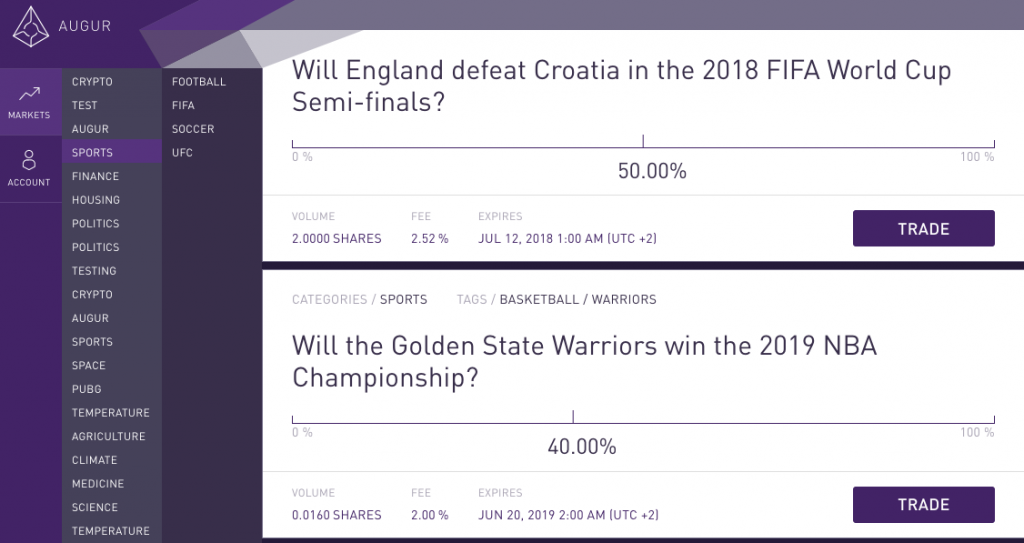 Currently, one of the most popular events is the Football World Cup in Russia, but in addition to sports the platform offers bets on politics, finance, cryptocurrency, temperature, climate and many others.

In short, you can bet on the result of a variety of future events, but those who think of Augur only as a decentralized platform for betting are wrong.

The concept behind the project is to rely on the so-called “wisdom of crowds” for use in governance, corporate decision-making and investment.

The theory of using the crowd for predictions was developed by James Surowiecki and says that the quality of group forecasts generally surpasses those of individuals by giving more accuracy than those offered by individual efforts or traditional opinion polls.