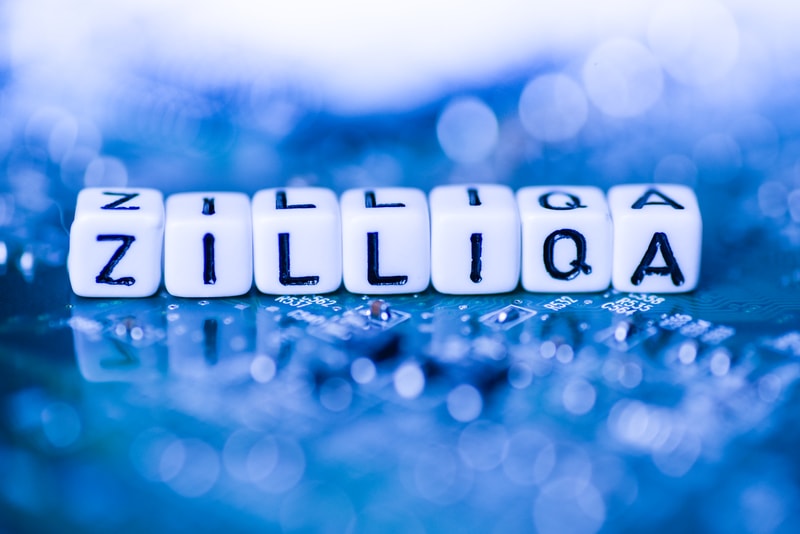 Zilliqa Guide to the new revolutionary blockchain, and to its coin.

Since the evolvement of the very first cryptocurrency and blockchain, Bitcoin, there has been no stopping by for the innovators.

Bitcoin, Ethereum, Waves or any other blockchain have all got their flaws that are being constantly worked upon to be fixed. Amidst this struggle to develop a better, faster and more efficient blockchain, the project of Zilliqa was initiated.

So what exactly is Zilliqa? And how can it be considered as an improved version of the existing blockchain?

Scalability has been a problem of blockchain from the very beginning, but there have been multiple implementations and developments that improved it to a certain level.

Initially, for the Bitcoin blockchain, the scalability was anywhere between 3.3 to 7 transactions per second, which is very low. Then came the Ethereum blockchain which enables around 10 transactions every second. Though it’s an increase in value, it is not very appreciable.

Alongside this, they also have a high transaction fee which makes these two famous blockchains even less suitable for the times to come.

This is where Zilliqa comes to play. Zilliqa has the potential to solve the scalability issue of the blockchain. They have implemented the theory of sharding into their network to carry out transactions at a much faster rate.

For those who do not know what sharding is, here’s a brief definition: sharding refers to dividing a large database into smaller parts that are faster and also can be easily managed. These smaller databases separated from the one large database are referred to as shards.

The Sharding network of Zilliqa is interrelated to the number of nodes on the blockchain in such a manner that the transaction rates will increase as and when there are more nodes added to the network. Being more specific, the throughput of the platform will scale higher for every 600 nodes that will get added to the network.

This means that the bigger the network gets, the more transactions per second the blockchain will be able to process which sets aside all bounds of scalability that blockchains had been facing till this time.

If all goes well, it can be said that Zilliqa could be to cryptocurrencies what companies like Mastercard and Visa are to fiat currencies.

How does sharding actually work for Zilliqa?

As previously said, Zilliqa works on the principle of sharding and the big database, i.e. the active nodes, of Zilliqa would be distributed into some shards. Each shard would be comprised of a maximum of 600 nodes, and as there would be an increase in the number of nodes, there would be an additional shard created to contain those nodes.

In this experiment, there were 3 and 6 shards for 1800 and 3600 active nodes respectively which individually processed small fractions of the total transactions being carried out on the network hence providing higher throughput.

The testnet of Zilliqa very efficiently presented to the crypto verse the potential it will be bringing into the digital world with the launch of its mainnet.

Today is a time where the most famous networks like Bitcoin and Ethereum can process transactions at the rate of 3-4 and 10-20 each second. Keeping in mind the fact that cryptocurrencies’ direct competition is with the fiat currencies, it can’t go unnoticed that there can be made more than 2,400 transactions using Visa and Mastercard.

This is the fact that Zilliqa has created such a hype in the industry. It could be a significant breakthrough for the whole of blockchain universe and can take the real-life implementation of blockchain and cryptocurrencies to a higher level.

There’s a second side to this coin

While sharding would do a great deal with the overall throughput of the network, it has one major issue that the team would have to look after before the launch of the mainnet, and that is the communication between the nodes.

It’s like telling small portions of a long story to multiple people and then telling them to reassemble it in the right order. Though it’s not impossible, it isn’t easy either.

Zilliqa has the solution to it

Despite the problem sounding a bit complicated, Zilliqa has figured out an easy solution to it. It’s called the hybrid consensus mechanism.

You might be aware of the consensus mechanism which refers that more than half the total number of existing nodes would have to agree to make a transaction successful. As this can’t happen as simple in case of Zilliqa (due to shards) as it does for other blockchains, the team at Zilliqa has brought to use the hybrid version to the same consensus mechanism.

This means that the consensus won’t be reached at a single layer, but the information will be processed through two different layers for the purpose.

Shard Layer: In this layer, a part of the total information of the blockchain gets processed at shard which is known as micro-blocks. When each shard has processed the information, these macroblocks (the transaction information processed by each shard) are combined into one at the DS epoch.

DS Layer: The directory service layer is comprised of a randomly selected group of nodes. This group is referred to as the DS committee. This group of nodes then connects all the micro-blocks to form one block and then proves its validity.

Because the mainnet of Zilliqa has not yet been launched and it has still seen such a hike in its value, it can be estimated that Zilliqa may turn out to give some even bigger results in the times to come after its mainnet launch.

What would Zilliqa offer upon its launch?

The response that the ICO of Zilliqa garnered and the buzz that it has created across the blockchain community through the results it highlighted of the testnet v1.0 has kept people striking days off of their calendar to finally see the Zilliqa mainnet being launched.

Though Zilliqa would be an open platform, which means everyone would be having equal access to it, it can be said that it would be most beneficial to the ones who can develop smart-contract and dApps in bulk.

In the present time, there’s a need of a platform that can host smart-contracts as well as dApps and it would be made possible by Zilliqa as its sharding technique allows fast transactions which are highly favourable for dApps.

The team at Zilliqa realized the importance of developing a programming language that could be more secure and standardized. And hence, Scilla.

Scilla is a functional programming language that sets apart two aspects of the contracts that are computation and communication. This programming language doesn’t support applications that require a specific type of loops and conditional statements. This, however, increases the security of the platform as it would help users verify the safety of a contract before they put it to use.

If you talk of the technical things, you’ll be awed by the team of Zilliqa, but there’s a lack of people, who belong to the business atmosphere, in the team.

Xinshu is the Chief Executive Officer of Zilliqa. He has a PhD in Computer Science from the National University of Singapore. He is a cyber-security expert and has worked on multiple national cyber-security projects. He also possesses prior experience in the blockchain industry as he was involved in the research and development work of Anquan, proprietary scalable and secure blockchain. He was a lead engineer at Anquan, and so it can be said that he has both the knowledge of blockchain as well as competitive leadership skills.

Christel, due to his combined experience of business and technology is a very important block of the team. He co-founded BOLT which is a live TV and Gaming service used by over 3 million people across multiple nations. Alongside this, he has also led the first Asia-Pacific office of Brandwatch and worked as the Head of Content at Twitter.

As already mentioned, the team of Zilliqa requires more people who could back them up from the business point of view. Because no matter how good a platform you build, if you don’t correctly reach the right audience, it might so happen that the platform would never make it big.

Having had a brief insight into all the aspects of Zilliqa, I’m sure you too must already be excited about the launch of the Zilliqa Mainnet. For now, there’s news floating that the launch will take place on the first of September this year (2018).

A glance at the pros and cons

All the buzz that Zilliqa is carrying about itself is very well justified. After all, it would be the first blockchain platform that would finally produce a transaction speed of cryptocurrencies that can parallel that of fiat currencies or maybe even outdo them.

Blockchain and cryptocurrencies in themselves were a revolution for humankind and Zilliqa is something that is a revolution within the revolution. Zilliqa already had $20 million before 2017 and raised another $22 million through the ICO which defines the power that drives the platform.

Now everything rests in the hands of time, and it can only be imagined how good Zilliqa would prove itself to be for the blockchain community.

Musharraf started as a content writer over a year ago and has spent most of that time writing about blockchain and cryptocurrencies. He's currently a graduate student but aspires to become a full-time content writer in the times to come.