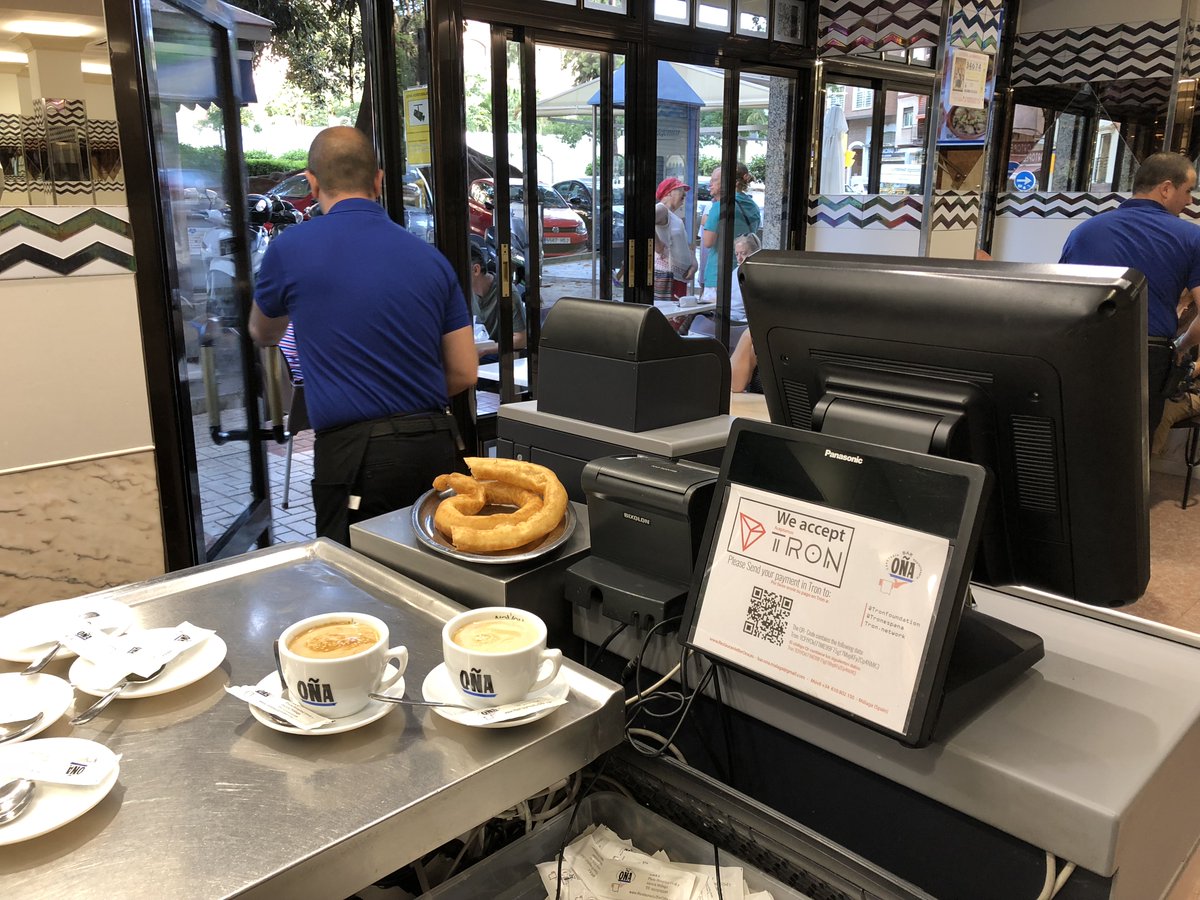 Spain, you can use Tron cryptocurrency to pay taxis and coffee

Ready for a holiday in Spain? Good for you. Along the Costa del Sol, in the south of the country, coffee and taxis can also be paid for with the TRON cryptocurrency.

Not everywhere obviously, just in some places.

A short distance from Puerto Málaga, Cafetería Oña displays the “We accept TRON” sign next to the till. Customers and tourists can use the QR code and pay in seconds using one of the recently introduced mobile TRON wallets.

In a tweet posted by a frequenter of the bar, two photos show the breakfast with coffee and churros (delicious cakes of the Iberian cuisine), next to the sign with detailed instructions to make the payment.

A few days ago, however, the founder of TRON, Justin Sun, newly elected super-representative of the community (roughly, thanks to the many personal votes he has), has retweeted some photos that show a sheet glued to the backseat of a taxi.

The sheet informs travellers that they can pay for their journey using TRX: “TRON ACCEPTED HERE”. The taxi driver and TRON supporter is Tomas Valero Garcia, who works as a driver in the seaside town of Almuñécar, about 80 kilometres from Málaga.

#TRX was accepted by a taxi driver from Almuñecar, a tourist spot in Spain. #TRON $TRX https://t.co/6H7VVVBOqm

The photos are bounced through the Twitter account of Tron Foundation Spain to those of the supporters of the new coin, giving ample prominence to the two initiatives. The bartender and taxi driver thanked for the unexpected short time of fame.

This is happening as more and more crypto exchanges complete the migration of the TRX token to the new mainnet.

According to real-time data provided by the block explorer Tronscan.org, the number of daily transactions carried out on the TRON Network is growing rapidly.

On 17 July, the daily record of 26,244 transactions was recorded, while the number of addresses generated also increased, reaching 18,612 on 19 July, with an increase of 3,600 addresses in one day.