Justin Sun, the founder of Tron, has stated that Tron transactions are 80 times faster than Ethereum ones. He even published an image with the 7 reasons why, according to him, Tron would be better than Ethereum.

Meanwhile, the list of exchanges that support the mainnet’s new token has been published on the official Tron Medium profile.

Binance, Gate.io and Max have completed the migration and now fully support the mainnet. Others have not yet completed the process, but some already allow deposits and withdrawals.

Transactions per second: the fastest blockchains 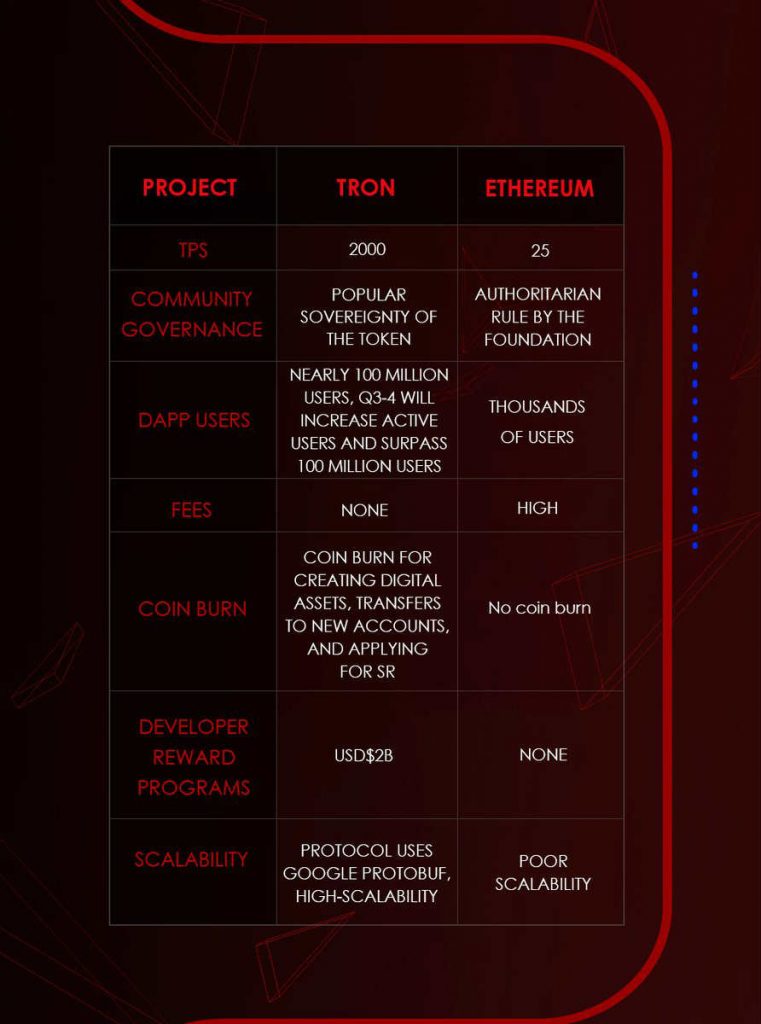 2,000 TpS (Transactions per Second) against only 25, popular sovereignty against authoritarian rules, 100 million dApps users (including BitTorrent) against a few thousand, coin burn, no fees, developer remuneration and high scalability.

Ethereum’s co-founder Vitalik Buterin, in response, strongly criticized the credibility of the Tron project. Accusations of plagiarism were made, but it seems that these accusations did not have a particular impact on Tron’s community.

According to a recent study, Tron is one of the fastest blockchains in terms of TpS, but not the fastest.

Today other chains are much slower, but in the future, both Bitcoin (with Lightning Network) and IOTA have an enormous, perhaps even unlimited, potential for growth.

In fact, these two currencies use systems developed specifically to be able to handle a huge, almost unlimited, number of transactions per second.

But they are not the only ones: solutions of this kind can be also implemented by Stratis, Nano, Litecoin or Ethereum.