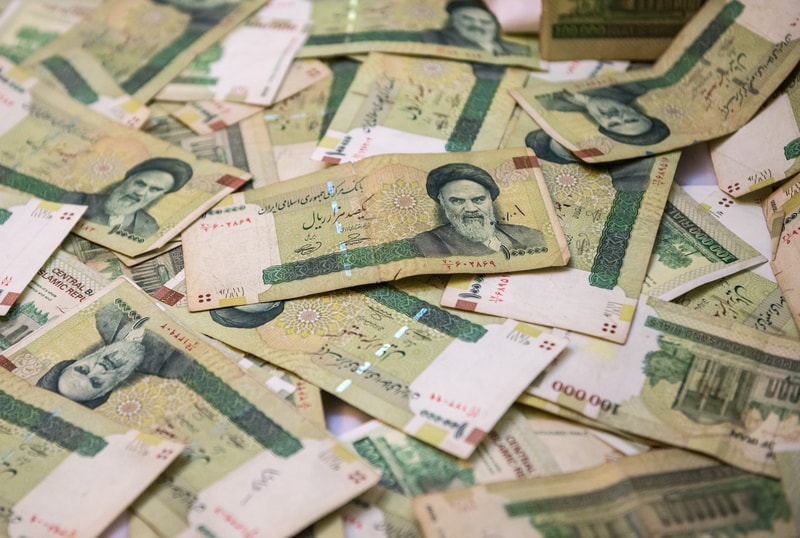 The Iranian currency, the Rial, is collapsing and inflation, which is now in double digits, is rising significantly.

Iran is having a hard time, mostly due to the sanctions of the West.

On the official markets just a year ago an Iranian IRR was worth about 0.03 thousandths of a US dollar, while now, after the fall of April and the drops of recent weeks, it has sunk to 0.022, with a loss in value of more than 25% in a year.

To date, it takes more than 44,000 Iranian Rials to buy just one US dollar and the collapse doesn’t seem to stop.

On the black market, however, the situation is even worse because the devaluation would be as much as 203% in a year. It takes 112,000 IRRs to buy just one US dollar.

It is likely that it is the black market, and not the official one, that better represents the real value of the Rial (i.e. its real purchasing power).

Iran is also studying the issuance of a state cryptocurrency, but it is difficult to imagine when it could reach the markets. For example, the Venezuelan Petro was announced in February 2018, but will only arrive on the markets on August 20.

Moreover, there is no real guarantee that a state cryptocurrency will not be as inflationary as traditional fiat currencies, as it would still be a central currency under the full control of the government.

It is not surprising, therefore, that Iranians are trying to use alternative currencies, but in this regard, it should be remembered that it is very difficult for US dollars to circulate in Iran. The result is that many Iranians are changing their rials to bitcoins, as the chart of Rial/BTC trading pair on Localbitcoins seems to show.

Apart from the peak of December 2017, which has occurred all over the world, in the last two weeks, there has been a significant increase in purchases of bitcoin in Iran.

Once the excitement of the speculative bubble period was over, BTC volumes bought in Iran with Rial peaked first in April, when the local currency collapsed for the first time, and have never dropped to pre-dollar levels since. In addition, they have been growing again for a couple of weeks now, precisely because of the recent collapse. It is conceivable that, should the devaluation of the Rial continue, the Iranians could continue to purchase Bitcoin or perhaps even increase their purchases.

Iran is receiving expressions of concern from people who fear that the local economy may collapse as a result of hyperinflation and plunge into a situation somewhat similar to that in Venezuela.

The economies of both countries are based primarily on oil exports, the price of which has indeed been rising in recent months, but still far below the price it had been four years ago.

After the collapse at the end of 2014, the price of oil remained low until December 2017, and current growth does not allow us to be too optimistic about the future of those economies based primarily on the export of this raw material, such as Iran or Venezuela.