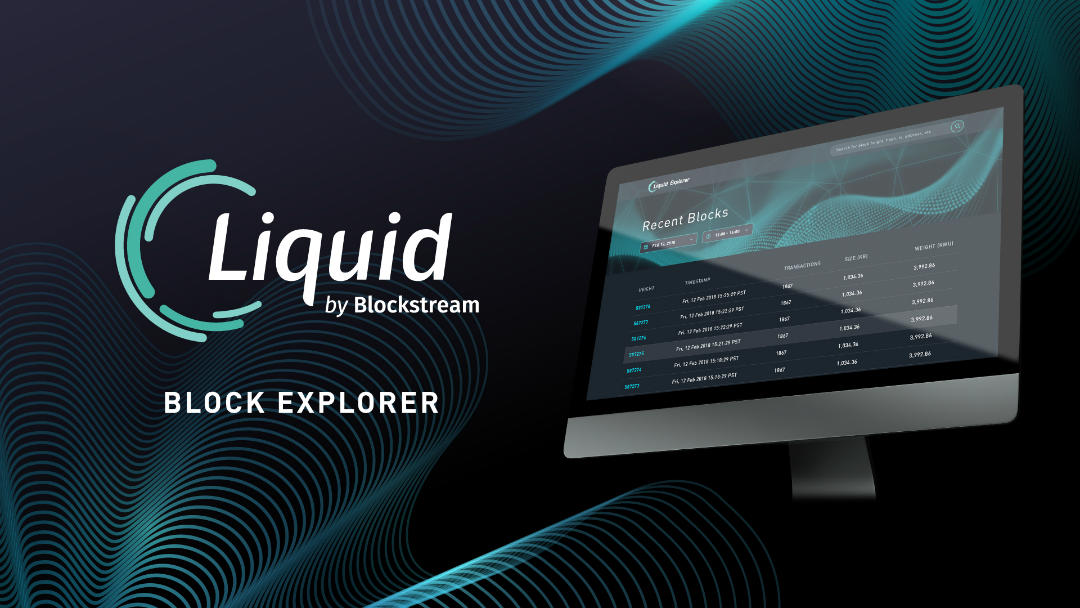 In a few months’ time, with Liquid blockchain explorer users will have easy access to the data stored on this new and promising blockchain.

Liquid is a federated sidechain founded in October 2015 by Blockstream.

Today, Adam Back‘s American company announced on its blog the upcoming Liquid Block Explorer, a platform that allows you to view the information contained on the blockchain, similar to Bitcoin explorer.

Liquid connects exchanges, brokers and institutions around the world for fast and secure transfers.

Liquid’s network does not have its own crypto, bitcoin is used by the Liquid network to carry out transactions. The user that makes a deposit must generate a bitcoin address in his Liquid wallet and this allows him to make a deposit and then make a transaction.

The transaction is used on Liquid’s network to claim his deposited bitcoins, which are then assigned to his Liquid wallet. This transaction will then be visible on the Liquid Block Explorer after searching for the correct transaction ID (TXID).

The explorer will contain information about the pegged bitcoin transaction, the timestamp of the transaction, the number of confirmations, the fees paid, the bitcoin address, the address that receives the transaction through the Liquid blockchain and other technical details including the unlocking script.