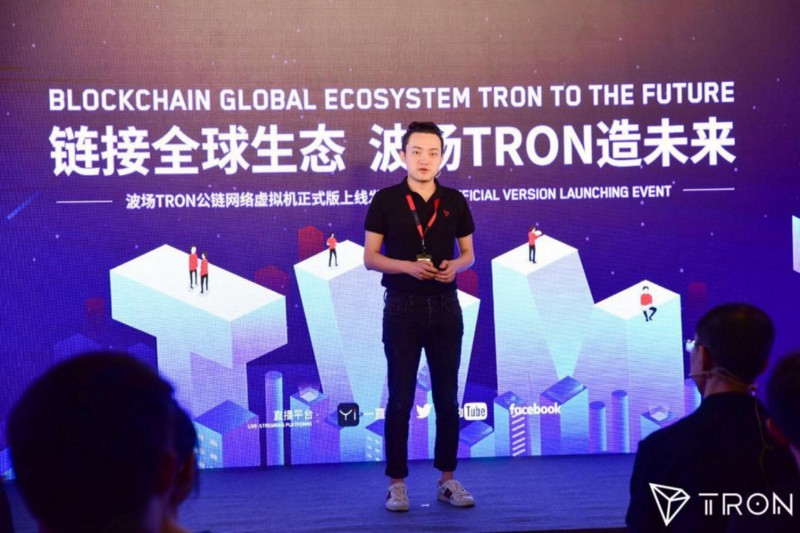 Tron takes on Ethereum. During the event of a few days ago the decentralized platform for content sharing presented its Tron Virtual Machine (TVM) that promises to be faster and have lower costs than Ethereum.

In this way, Justin Sun, the founder of Tron, wants to become a leader in dApps development and show the greater reliability of his creation compared to Ethereum.

A few months ago, he already said that Tron is 80 times faster than Ethereum.

How can Tron Virtual Machine improve the dApps development sector?

The compatibility, if confirmed, could represent a great boost to the use of virtual machines: Ethereum’s smart contracts can easily be transferred to Tron.

Tron: all the growth numbers

The event was also an opportunity for Justin Sun to update on Tron‘s growth during the last month. According to data released by the founder, the total number of accounts has reached the figure of about 300 thousand, an increase of 1431% compared to 28 July.

To better explain the numbers, Sun has made a comparison with Ethereum: In the last two months, the number of registered Tron users has increased 11-fold compared to Vitalik Buterin’s blockchain.

The event was also an opportunity to talk about one of the other major projects that sees the platform as a protagonist. We are referring to the integration of Tron and BitTorrent: the so-called Atlas project.