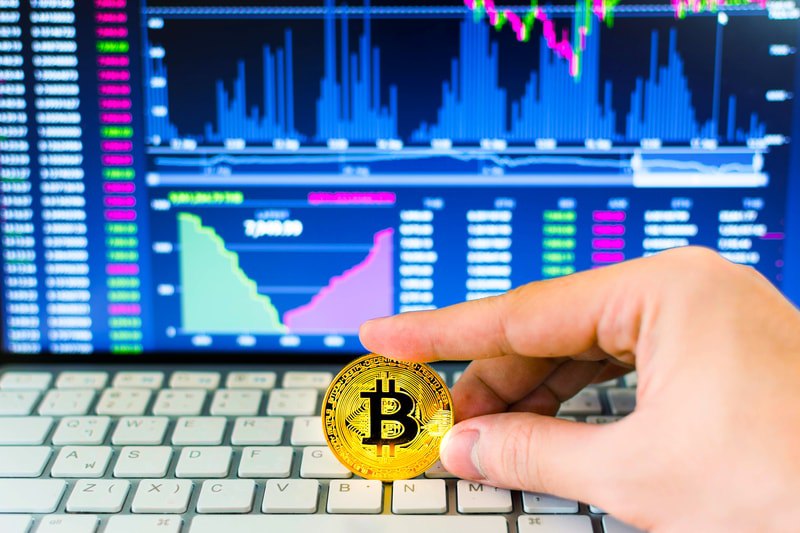 Crypto View: After having pushed around a timid Bull that from mid-August had managed to climb quite efficiently, the Bear takes a break and keeps the situation under control.

Today, in fact, most of the main cryptocurrencies manage to rise above parity or, in the worst case, just below 0%. Among the Top 20 only Stellar Lumens (XLM) scored a remarkable rise, over 5% from yesterday morning’s levels.

Ripple (XRP) also continues to keep up with the bullish pace. After yesterday’s good day, today continues to rise scoring more than 2%.

Unlike the past few days, no double-digit drops have been recorded in the top 100, while to find the only daily rise above 15%, it is necessary to go down to the 46th position occupied by Holo (HOT), a decentralized hosting platform.

Despite being a semi-unknown token, listed for less than six months on Binance, with a price of only $0.0012 per token, today manages to capitalize about 170 million dollars.

Despite the downturn suffered by 90% of the over 1900 listed cryptocurrencies and with prices close to the dangerous lows of mid-August, the total capitalization manages to stay above $200 billion, with Bitcoin keeping its dominance just below 55%.

Yesterday afternoon’s sinking was not limited to dragging down only prices. Operator sentiment also reached its third lowest level since the beginning of the year.

As can be seen from the ‘Fear & Greed’ chart, for over a month the general morale of cryptocurrency traders has been at its lowest, with values that, except for the days of August 18 and September 4, remained below the threshold of 20 points. 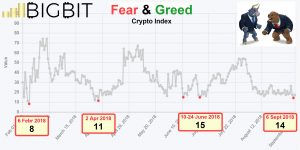 This is the first time in over a year that a similar condition occurs, highlighting particular depression among investors. Looking at the statistics and the reactions of the markets in similar past conditions, not only in the crypto space, important signs favourable to the return of purchases emerge.

To most, it may seem irrational and almost inexplicable, but on the financial markets, fear has never been an excellent advisor.

The Bear that has been present for more than nine months, should start to watch his back.

The fall of the last 72 hours brought prices back to the levels of mid-August. If it is true that a retracement was in the air, the drop pushed over 50% of retracement.

A technical signal that shows a still weak market. Having cancelled in a few hours a climb built in ten days, can not encourage those who were ready to buy after the summer break. In addition to keeping the $6,000 dollars intact, there’s a need for a steady climb and a weekend that keeps downward speculation out of the way.

Sometimes you don’t have to comment too much on what happened. As in this case you just need to look at the long-term graph of Ethereum to understand the delicate and dangerous moment that are passing the fans of the second cryptocurrency.

Until a few weeks ago considered the best alternative to Bitcoin, while today is passing its most delicate moment of the last two years.

Not so much for the value that the market currently attributes to it, which returned exactly to the levels of a year ago, but for a technical approach that in the best of cases will require good fundamentals.

From the highs of mid-January, prices have fallen by 85% in value. To review the records it has to recover more than 500%.

Not an impossible task but certainly very difficult. The high trading volumes that have been present for several weeks, as noted various times before, are now confirmed by the data collected by Santiment.

Many companies that in recent months have used Ether during their ICOs have liquidated tens of millions in recent weeks.

Sales that in the last 3 days have tripled. This is not an encouraging sign considering that unlike a year ago, today the competition from other mainnets to develop Smart Contract and dApps has increased.

Previous article Binance IPO, the rumour has been denied
Next article Coinsbank Cruise sets sail with McAfee at the piano