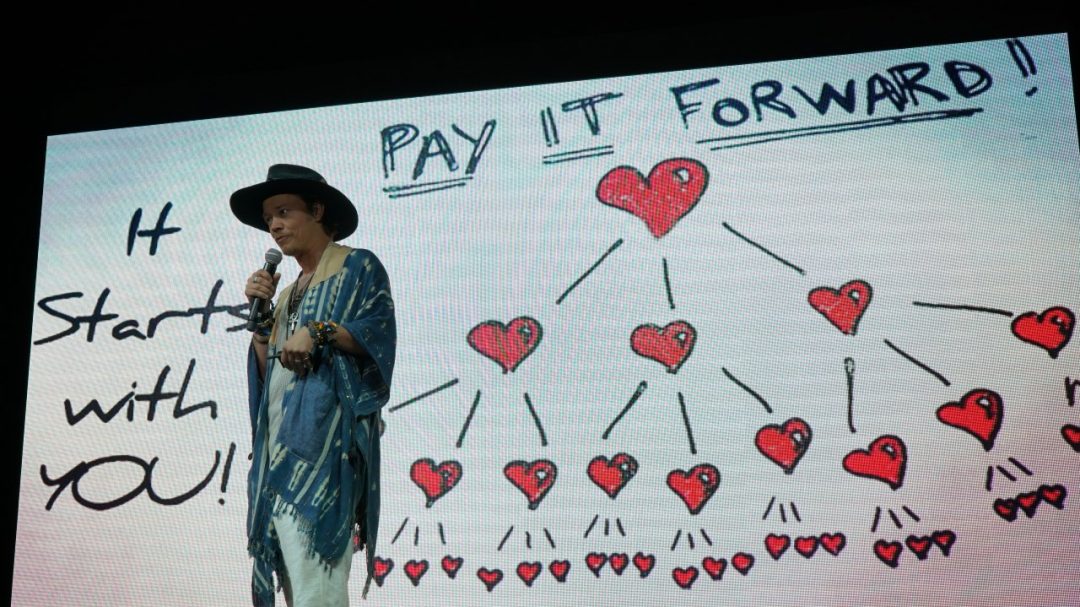 Brock Pierce: “I’m not a fan of maximalism”

His speech was announced as an “exclusive presentation” and so the expectations were quite high.

Unfortunately, he didn’t present any new project, but his speech was very interesting because, unlike the other speakers, he explained his philosophical and philanthropic vision of the crypto world.

First of all, he explained that his background is in gaming, with the publication of over 2000 games to his credit, as he told us in a short chat we had with him before the speech.

“At first, ICOs were made for investors who didn’t have access to VCs and it took many years for them to become popular. With ICOs you can raise a lot more money than you need or that you can raise with VCs,” explains Pierce, who also calls himself a Venture Capitalist.

“Is it a bubble? The Dotcom bubble was 6.7 trillion, the crypto bubble was only $200 billion. This is a correction. The real bubble is the stock market, that’s what worries me.”

After this technical part, Pierce explained his business philosophy, based on the concept of kaizen, from the Chinese Kai (change) and Zen (best), ergo the continuous improvement of self and of the world.

“The important thing is Self-development, to change the world you have to start thinking about your purpose in life. What are you good at? What do you love? What does the world need? If you do what you like you can do something for the world. Money doesn’t have to be the focus. We have this mediocre world because we don’t care if a product is good, but if it is cheap“.

His philosophy is also based on the concept of Pay it Forward: the focus should not be on ourselves but on what can be done for the world. This, according to him, is also the best way to create a strong network of contacts: “the best way to build relationships is to base them on how you can help others and not what they can do for you […] I believe billionaire is not who earns billions but who positively impacts on the lives of billions of people”.

“Another important thing is compounding impact: we spend a lot of time talking about technology, obviously it is important but since it is open source, it can be copied. The thing that diversifies projects is their community. What makes projects exceptional is the ability to create a following. You have to ask yourself: is this the best for my community? They must always come first, not yourself”.

Continuing with his explanation of his vision of the crypto world, Pierce also adds that for him every kind of maximalism is negative: “I’m not a fan of any maximalism token, we all win if something changes the world for the better“.

Finally, after the speech, the moderator of the event asks for Pierce’s opinion on the Petro.

“Petro is not working because it is not decentralized and to use it you have to trust the government. Bitcoin, on the other hand, is very popular in Venezuela. The population is looking for any store of value to accumulate, even things like stereo and TV. Comparing the bitcoin market to the small economy of Venezuela, bitcoin is probably more used in Venezuela than anywhere else”.

Previous article The Komodo blockchain to save the jungle in Peru
Next article Bear unleashed, market cap under 200 billion