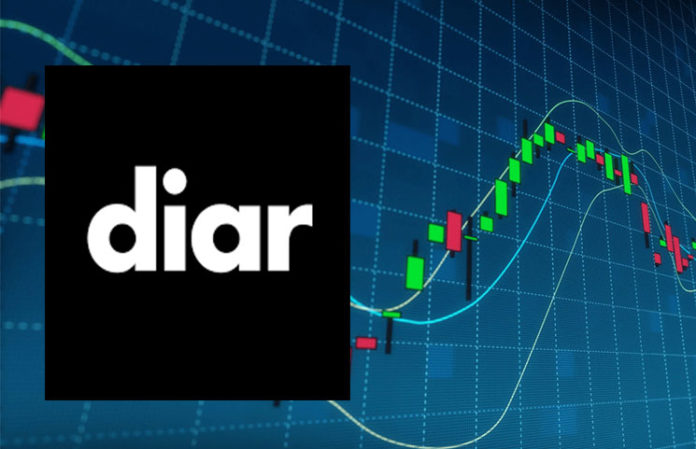 DIAR reports about the crypto world

In this October’s DIAR reports, interesting data emerge about the activity of US exchanges and an increasingly significant number of Venture Capital companies that are shifting their attention to the crypto industry.

The DIAR, for those who do not know, is a publication that deals with research in the financial sector and that for some months has been dedicated to blockchain and cryptocurrencies.

Last month the focus was on the inflation in Argentina and Venezuela, explaining how bitcoin and cryptocurrencies were becoming central in keeping the economy of these countries afloat, this month DIAR focuses on other issues such as stable coins and the migration of VCs to crypto investments.

In addition, the DIAR looks into of the latest activities of US exchanges, explaining, for example, that “while Coinbase’s executive hiring bonanza has shown no sign of slow down this year, the same can’t be said about the exchange winning over new traders,” also because the new cryptocurrencies that should be made available on the platform are lagging behind, explains the DIAR.

“But it’s clear that Coinbase is attempting serious maneuvers in conveying, as of last week at the very least, that they do indeed plan to add more cryptocurrencies. The exchange has added a cryptocurrency ranking board, an educational platform, and have also released a mini-version of the Coinbase Index Fund were traders can bundle the assets currently listed,” the report explains. 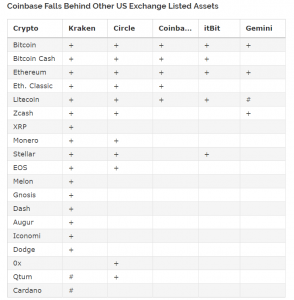 Stable coins according to the DIAR

Another interesting paragraph of the DIAR report concerns stable coins: “the depth of their adoption within the cryptocurrency ecosystem appears to be of strategic importance for exchanges“.

Stable coins, in fact, could be the missing piece of the puzzle for a greater adoption of crypto and to have fewer problems when trading and converting fiat into bitcoin or other cryptocurrencies.

Another topic of the report are Venture Capitalists, among which emerge Roger Ver, Tim Draper, Naval Ravikant and Barry Silbert who, from being investors in traditional companies, are now also whales of the crypto market.

Barry Silbert, for example, with his Digital Currency Group (DCG), has closed over 110 agreements in the blockchain sector.

More generally, this 2018 is seeing an almost exponential increase in crypto investment by VCs, as you can see in the following chart: 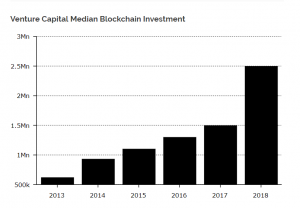 At the moment, in fact, there are almost 2,000 investors who have invested in at least one blockchain company. DIAR has analyzed the 50 most active investors who have invested in at least 8 blockchain companies. 52% of investments come from companies that are not focused solely on investments in blockchain technology. Among the most involved countries, there are obviously the United States, a leader in the ranking with 79%, followed by China (12%), South Korea (2%) and Singapore (2%).

Finally, this October report by DIAR also addresses the issue of so-called Blockchain Banks. A few days ago the Swiss startup SEBA announced that it had raised about $100 million to create a bank that will give customers access to both crypto and fiat currencies.

But it’s not the only project related to “Blockchain Banks”: the Litecoin Foundation, in partnership with TokenPay, have acquired about 20% of the German WEG Bank.

Diar also explains that there are 4 banks in the United States that would like to facilitate crypto operations: the Metropolitan Commercial Bank, the Silvergate Bank, the Cross River Bank and the Signature Bank.

Circle: more transparency on the peg thanks to New York Community Bank
Terra may own $3.6 billion in UST and USDT

The performance of Tesla, Enel, Telecom, Ferrari on the stock market