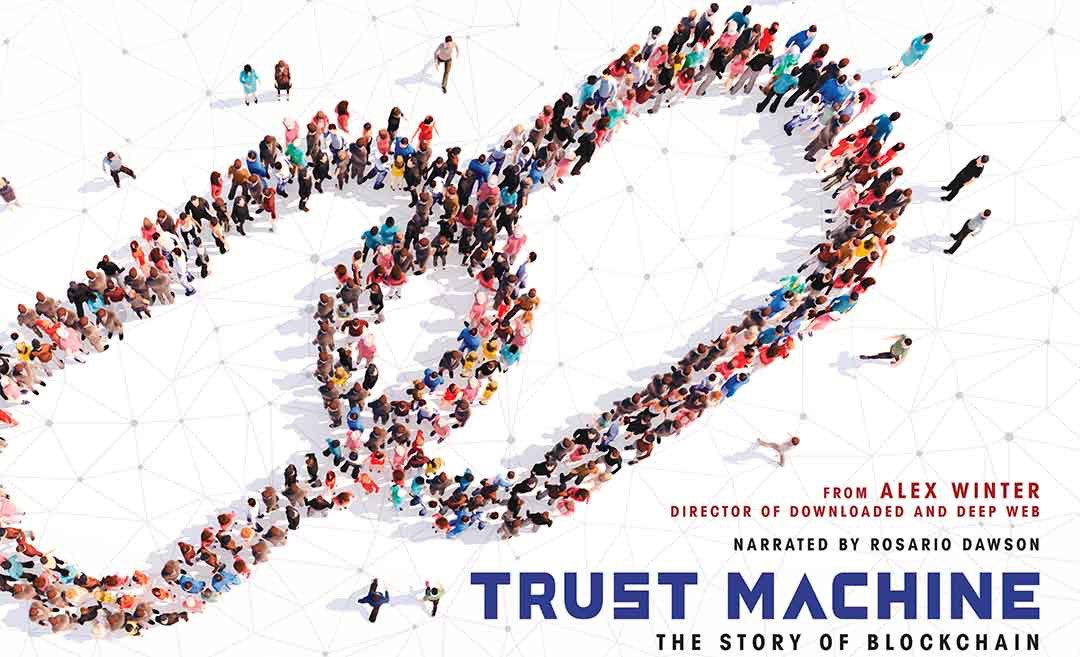 Trust Machine movie based on the Blockchain. Interview with SingularDTV

A few weeks ago, Trust Machine, the first-ever movie on the blockchain was announced.

The movie was directed by Alex Winter, previously known for the documentary about Ross Ulbricht,  “Deep Web”; and it is backed by SingularDTV and Futurism studios.

Trust Machine will be released in Los Angeles on November 16th, 2018.

Cryptonomist had the chance to interview Geoff Clark, President of Futurism Studios, and Thomas Esmay of SingularDTV.

How and when was the idea for the documentary, TRUST MACHINE born?

Clark: As a personal blockchain enthusiast and follower of the token market, I saw the incredible success SingularDTV had with their token raise and knew they were the perfect partner for us to produce the first-ever film on the blockchain. Futurism CEO, Alex Klokus, and I met with SingularDTV’s Kim Jackson and Zach LeBeau over lunch to pitch them the idea, with Futurism on board to help bring awareness to the project. By the end of our lunch, we decided this project was a must do for both our brands and began developing what would ultimately become TRUST MACHINE. Next, I approached director Alex Winter, who I was already a fan of from DEEP WEB and DOWNLOADED, and pitched him the general concept. Luckily, he was already very intrigued by the topic, and we pushed forward together.

When and what is the reason for you starting to study blockchain?

Clark: Because Futurism is on the cutting-edge of technologies that will ultimately impact humanity’s future, getting involved in blockchain was a no-brainer. Many of us at Futurism had already owned Bitcoin, Ethereum and other coins – while the total industry market cap was still well under 100 billion dollars. The technology fascinated and excited us, which led to numerous Futurism articles, videos and now our first feature documentary film, TRUST MACHINE.

Will the movie be distributed in Europe?

Clark: The documentary will be available worldwide on SingularDTV’s distribution portal following its theatrical run. TRUST MACHINE will have a New York theatrical premiere in Cinema Village on Oct 26 and a Los Angeles premiere at the Laemmle Monica on Nov 16.

What do you think about the future of Bitcoin? Are security tokens the real future?

Clark: At Futurism, we talk a lot about how humanity is currently rewriting a lot of our daily operating systems, and undergoing a digital evolution. We have seen this with mail becoming email, records becoming MP3s, and now money becoming Bitcoin. As humanity evolves, so does the way we operate, and if a product exists that makes our lives easier, more efficient, or less costly – it’s likely to be adopted. This transformation is already happening now with Bitcoin and other tokens and is trending towards more securitized assets. The people will go where the value is, and I think blockchain technology inherently creates value for the future of humanity.

What are the plans for the future? Any other movies or projects you are working on?

Clark: Futurism is proud to release TRUST MACHINE as our first official documentary feature, with multiple new documentaries, TV series, short-form series, and scripted features in the works. Our first scripted series, GLIMPSE, likened to a “positive BLACK MIRROR”, premiered on Facebook Watch on September 13, and releases new episodes weekly for eight weeks. You can also find all of our premium content on the official Futurism OTT channel on digital platforms like Roku, Xumo, Channel+ and STIRR, launching this fall.

How was the idea of TRUST MACHINE movie born? Why did you decide to collaborate with Alex Winter?

Esmay: The idea for TRUST MACHINE was born out of a desire to make blockchain more accessible for a larger audience. The blockchain is such a heady, mathematical topic that much of the reporting on blockchain loses sight of the emotional core – decentralization. Cinema is the perfect medium to engage with blockchain emotionally, making it relevant and resonant for those outside the developer community. Both SingularDTV and Futurism are blockchain enthusiasts, and Futurism’s tech content is cutting-edge, so a partnership made perfect sense. From there, we started to discuss who should direct the film and Alex’s name came up. Alex was the perfect choice for us as he had already made several films on technology, including DEEP WEB, which even deals with blockchain technology to some extent.

I saw you are also working with David Lynch for another movie. Can you tell us more about this movie?

What are the next projects for the future?

Esmay: Our biggest focus now is TRUST MACHINE, THE HAPPY WORKER and developing more of our technology. We are developing our decentralized distribution portal—a transactional, content on demand portal with a blockchain payment infrastructure built into the back end. We aim to release a public beta version of the portal at the end of this year or early next.

Is the fact that big names of cinema are starting to be interested in the blockchain a confirmation that the technology will be disruptive in the near future and that it will become a daily use?

Esmay: In many ways, I think the newfound interest in blockchain was inevitable. Instantaneous value exchange is an enticing proposition and will no doubt inspire adoption on a much larger scale; however, let’s not lose sight of the fact that we’re still in early days of a new technology. Though the potential of blockchain is boundless, there’s still a lot of work to be done to make it more accessible and user-friendly for the average person.

What is Tokit and how does it empower artists?

Esmay: Tokit is SingularDTV’s tokenization & rights management tool. Here, artists are able to create tokens, or smart contract systems, to manage the revenue flow associated with their content. All revenue from content purchases on SingularDTV’s distribution portal will be directed to those smart contract systems to ensure that revenue flow is transparent, automated and managed on the terms set by the artist. SingularDTV’s goal is to ensure that royalties & residuals generated within our ecosystem make their way back to the artists faster and with an unprecedented level of transparency and auditability.