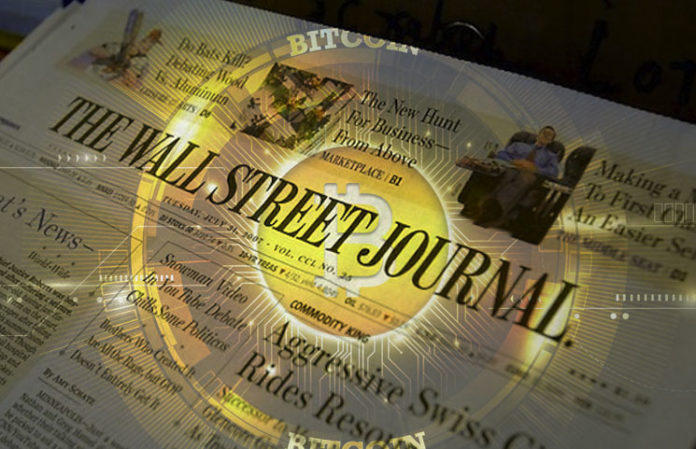 WSJCoin, the Wall Street Journal has its own crypto

After the Bakkt project, launched by the owner of the New York Stock Exchange, here comes the WSJCoin, the cryptocurrency of the Wall Street Journal, perhaps the most important magazine in the world.

As they explain, WSJ has launched this project to “understand what drives the wild cryptocurrency market—the technology, hype and innovation, combined with the hacking, market manipulation and increased regulation“.

And so, thanks to a trip to Japan, they discovered that creating a cryptocurrency is relatively easy: a blockchain startup and some code is all you need. However, from this test, they also found that giving it value and making it useful is much more difficult.

At this point, they approached the Japanese crypto community looking for companies or services that were interested in accepting their cryptocurrency as a means of payment.

Finding no one, they concluded that interest in the industry would decrease, and that “the mania has fizzled“.

This approach seems a bit naive for a publication like the Wall Street Journal: those who are active in the crypto world know very well that anyone can create their own token, but that’s not enough because a newly created coin has zero value. Moreover, if the project does not bring any significant novelty or advantage, it obviously has no appeal. It’s not enough to give a token a persuasive name to make it acceptable, quite the contrary: a similar initiative tends to look like a scam.

That said, the mania could have even faded after the hype at the end of 2017.

However, as shown by the cases of Bakkt and ErisX, a healthy interest in the crypto world is still there, and it is precisely the traditional financial markets that are one of the main drivers pushing crypto on uncharted and institutional land.

So much so that the Wall Street Journal itself, after the “failure” of its attempt to create its own token, was forced to admit that, during the trip to Japan, they found many people who are still working on blockchain based solutions and cryptocurrencies.

It is no coincidence that their article presenting the project ends with the words of Ivan Zasarsky, a Hong Kong-based partner in Deloitte’s financial crime unit, who says: “There is still potential for significant disruption. This is only the first centimeter in a kilometer race“.

Previous article Which are the most secure exchanges?
Next article Gemini insurance for crypto assets