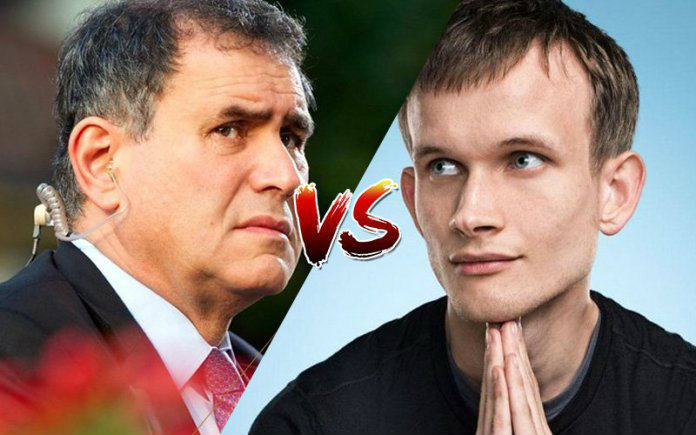 Nouriel Roubini, an economist who teaches at New York University’s Stern School of Business, nicknamed “Dr. Doom” for having foreseen the 2008 economic crisis in 2006 and for being “bearish on everything crypto” recently held a debate on Twitter.

During the not-so-kind tweet exchange, Nouriel has suggested that Vitalik and other Ethereum developers “are criminals”.

@VitalikButerin was the ring-leader – together with Joe Lubin – of the criminal pre-mining sale/scam that created Ether. They stole 75% of the Ether supply and became instant "billionaires" of fake wealth. https://t.co/d3ltYuce4u

To those accusations, Buterin replied that he hadn’t ever held more than 0.9% of the total ETH supply and that his net worth hasn’t ever been close to $1 billion. What’s more, he disclosed his main ETH address. 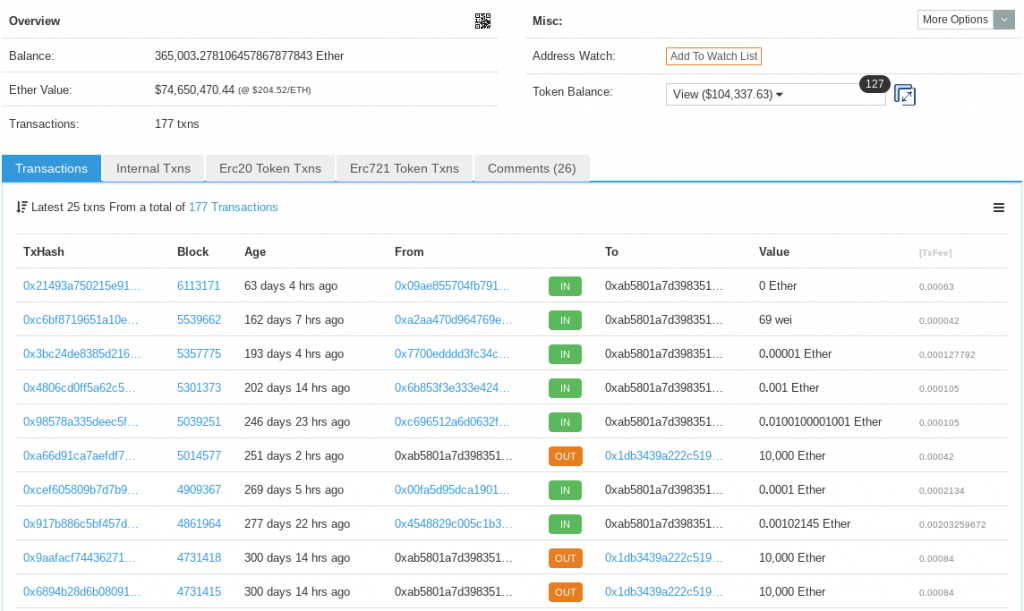 Nouriel’s tweets didn’t lack vulgarity and included defining “Crypto Land” a “cesspool of lunatics with severe Freudian scatological obsessions that swim 24/7 in their own stinking shit.” 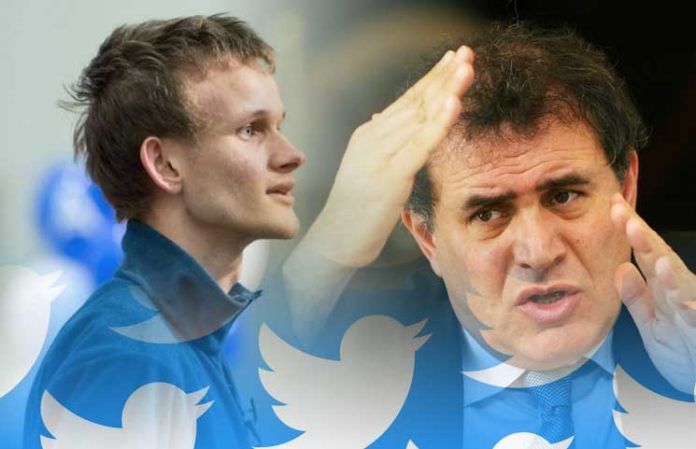 In the past Buterin has discussed the difficulty of creating a blockchain that is scalable, secure, and decentralized all at the same time. This difficulty has been referred to as the “trilemma” or “trinity principle.”

Roubini has misinterpreted — or deliberately misrepresented — the difficulty described by Ethereum’s co-founder as a law that renders such a design impossible.

Vitalik, just shut up & speak about stuff that you can claim u know a lil about. You have promising Proof of Stake since 2013 & we are still waiting for a system that is scalable, decentralized & secure. But that is impossible as your inconsistent trinity principle proves. https://t.co/2VtkG764wL

To which the developer replied pointing out that the trilemma wasn’t about PoS but scalability and that it doesn’t claim that it’s impossible but only that “getting 3 of 3 is hard.” Then he added in a later tweet that “the design is basically done and we’re in the development stages now.”

The Forbes senior editor Laura Shin invited Vitalik and Nouriel to a debate on her podcast to which “Dr. Doom” replied dismissing her offer and defining her a “shill.”

Happy to have a live debate with @VitalikButerin . We can agree on a fair moderator that we both agree on, not on biased shills pretending to be pseudo-journalists but who are PR folks for the crypto industry. I have no interest to interact with @laurashin https://t.co/J5EJcphaNV

Also, the proposal to cover all production costs by BitMEX CEO and co-founder has been dismissed rudely by the economist who answered that he has “no intention to have a scammy crypto exchange that trades against its customers to sponsor a debate.”

I have no intention to have a scammy crypto exchange that trades against its customers to sponsor a debate. Typical cesspool of crypto trading where massive price manipulations occurs: pump n dump, spoofing, wash trading, front running customers, etc. BitMEX is a criminal scam https://t.co/j24aiVDiZV

Moreover, Nouriel has said that he’d happily accept a live debate with Buterin as long as they agree on a fair moderator. Vitalik replied by proposing Kevin Pham as a moderator since he is “equally 100% biased” against both of them.

Pham has promptly accepted to moderate. Moreover, he replied with a meme gif of a referee beating both the boxers during a match to a tweet suggesting that the two-way debate may become three-way since he is an “equal hater of them both.”

This tweet has been probably deemed as unprofessional by the New York economist since he felt like calling the proposed moderator a “brainless dwarf” was appropriate in this situation.

This is the scummy intellectual level of this brainless dwarf of @_Kevin_Pham . And crypto folks are recommending him as the "moderator" of my debate with @VitalikButerin ? He is more thuggish than that Russian boxer.. https://t.co/B9R19QB59H

The replies of the community vary, but most are mostly indignated by the tone of the response. The general point of view has been clearly represented by a tweet stating that when a discussion degrades to calling names is as low as a discussion can get.

Some have even replied by accusing him of sexual harassment towards his female students. While such accusations haven’t been proved so far, Dr. Doom has already been accused of inappropriate behavior towards women.

The netizens, as it often happens, are divided in their opinion about who is right but — maybe more surprisingly — they seem not even to be agreeing about whether they want to see such a debate happen or not.

On a cryptocurrency news website recently a post titled “An Open Letter To Vitalik Buterin re. Nouriel Roubini” appeared. The article author’s — whose name is Jon Rice — claims that engaging in such a debate would be “walking into a trap.”

Rice claims that while “it might seem natural that a discussion between the two of you would be fruitful and enlightening […] this would not be the case.”

The reasons why Jon argues that Vitalik shouldn’t engage in such discussions is that — according to him — Nouriel’s objective isn’t a real discussion. The real aim of the economist, he claims, is to push his sensationalist agenda that the crypto industry is “evil, corrupt, foolish” and that “his mind is made up.”

Another reason why the article’s author feels it would be better for Ethereum’s co-founder to not engage in such a discussion is that “his attack would be legitimized if someone of [his] standing were to engage in debate with him.”

“His goal is to provide a sound bite for the circling media sharks. That’s the trap. You cannot win.”

He concludes stating “Will the media report your point about existing financial systems? Or the low blow he lands on a stolen ETH story?”

Tone Vays, a well known Bitcoin maximalist discussed with Dr. Doom moderated by David Drake — the moderator of LDJ Capital — in the past. What’s interesting is that he seems to be agreeing with the NY economist on almost everything:

Highlights of my head to head w/ @Nouriel at #BlockShow @BlockShowcom #Vegas event. I agree w/ him on everything being a #Scam except #Bitcoin which competes w/ $USD & $Gold on:
1. Unconsfcatability
2. Moneytary Policy
3. Censorship Resistance Paymentshttps://t.co/ejUemYZBOu

A blockchain developer and smart contract and cryptocurrency researcher, Philip Daian has sympathized with Roubini by stating that the misunderstanding of the space by the economist is understandable.

Economics professors are used to understanding value and the economy in a certain framework. Crypto, when analyzed under this framework, looks exactly like a Ponzi/scam. Unless you're addressing that in a principled way, you're unlikely to flip an economist easily.

Still, as his interlocutor states, Nouriel seems to tend to ignore when a falsehood he states is corrected, so this isn’t “a matter of people talking at cross-purposes.”