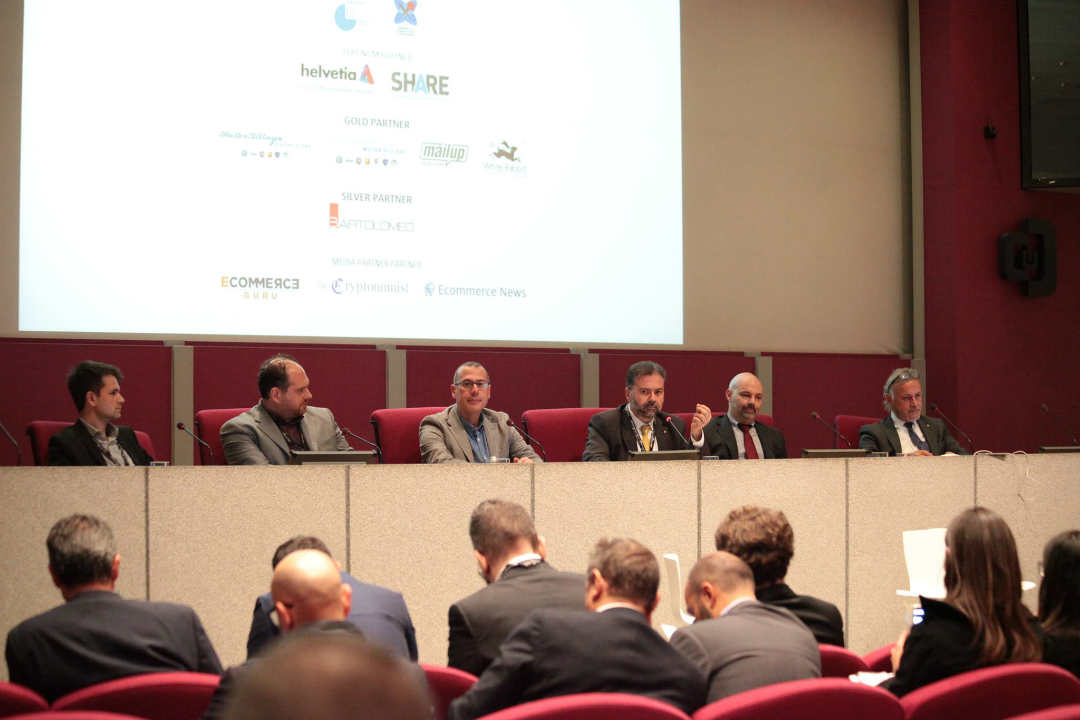 Ecommerce Day 2018 was held in Turin, an entire day dedicated to deepening the developments of e-commerce, especially in Italy.

One of the focuses was on technological innovation, and on how the e-commerce business model is evolving.

The automotive sector is probably one of those where these new infrastructures are spreading quickly, but also urban transport itself with services such as car-sharing. Many other sectors are evolving in this direction as well.

To make the leap in quality, these new business models could benefit from the use of blockchain-based tools, which could allow building and distributing apps to for rental services and make automatic and secure payments with ease.

However, it is not only the blockchain (i.e. tools based on DLT) to suggest possible future developments: even cryptocurrencies themselves could play a role, especially in the specific field of payments.

It is probably still too early to imagine that in a short time bitcoin and the like can really be proposed as mass alternatives to current payment systems, but the technological solutions are already there.

In this regard, we talked about Lightning Network, during the roundtable that included also Marco Cavicchioli of Cryptonomist, and the Head of Partners and SMB of Paypal Italia Michele Simone.

Simone pointed out that in Italy about 85% of transactions are still made in cash, but that thanks to public initiatives such as Pago PA the use of electronic money is beginning to spread, especially among the young ones.

For those who use these new payment methods, security and trust are essential requirements to make them acceptable.

Cavicchioli explained that, for example, thanks to Bitcoin and Lightning Network, there is no need to entrust your money and your transactions to an intermediary due to the trustless nature of these tools, and that the costs of commission on payments are almost zero.

In addition, Cavicchioli was asked to suggest to Simone the idea that Paypal itself hosts a Lightning Network node, but the Paypal correspondent could not give an answer because of their corporate policies, which in fact plan not to address these issues in public.

However, apart from Paypal’s well-known reluctance to talk about these things, it seemed clear that the company is actually following these innovations, even if indirectly. Simone himself confirmed that in the past there have been attempts to collaborate for example with Coinbase, unfortunately without any success.

In short, although cryptocurrencies do not yet play a significant role in the e-commerce sector, it seems that the ongoing evolution tends to focus on these new payment technologies, which in fact are a great step forward from a strictly technological point of view.