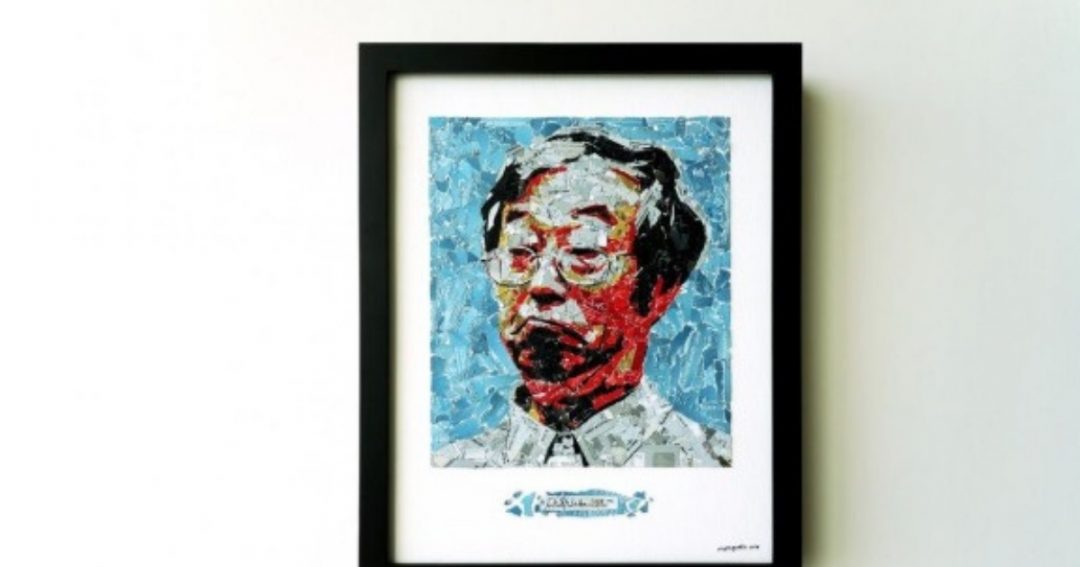 Cryptograffiti and the crypto artist movement

The relationship between art and crypto is booming.

There are museums that buy works of art by paying in bitcoin, like the Austrian Museum of Applied Arts which has been doing it for some years; or the London Gallery that sells works by contemporary artists for bitcoin, ether and dash.

But there is also another phenomenon worthy of note: the birth of crypto artists, artists who use their art to diffuse the benefits of cryptocurrencies and blockchain technology.

The father of the crypto artists is a Californian guy named Peter, who hides his real identity behind the pseudonym Cryptograffiti.

His art is varied: he creates paintings, street art exhibitions, and he is also a designer of t-shirts and creator of original stickers.

He started making “crypto art” in 2013 and never stopped. A work of his can cost tens of thousands of dollars. Here are some curiosities about him.

He doesn’t like interviews, we tried to reach him, but he kindly declined. Yet he knows how to make the world talk about his art: Bloomberg, The New York Times, Forbes, The Wall Street Journal have written about him, just to name a few.

In 2011, he accidentally approached the world of crypto. He had to give a gift to a friend who helped him with a project, an engineer passionate about bitcoin and planes. To thank him, he made a drawing on a t-shirt: a “flying” bitcoin with a propeller on top.

At the time he knew little or nothing about bitcoin, but he started to gather information. He went on forums, got in touch with other members of the community and researched how to contribute to the revolution.

In 2013, he got the idea that changed his life: to create crypto art capable of conveying a political message. His paintings are done in an innovative way, he uses pieces of the world that cryptocurrencies and the blockchain technology are shattering, like credit cards used as the tiles of a mosaic.

His name began to circulate in the community thanks to his first masterpiece: a portrait of Satoshi Nakamoto, made with shattered credit cards and wood. He sold it for 17 bitcoins, for a value of about 78 thousand dollars. 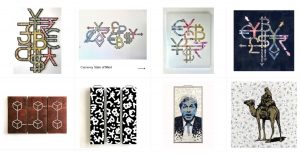 This was followed by other very popular works, such as “Currency State of Mind” and “Global Disruption“. 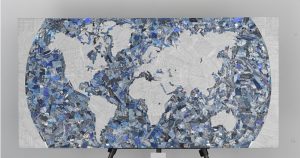 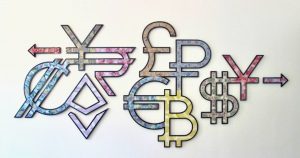 Until the last, “Terrible Store of Value“, which portrays Jamie Dimon, President and CEO of JP Morgan Chase & Co, who has always been critical of crypto. The work presents a “disintegrated” Dimon, to highlight the loss of confidence in the banking system. The work was sold for 33 thousand dollars, paid in cryptocurrencies.

“Well my art, as well the merch, is all about spreading the movement…awareness. I see each shirt as little mini billboards. And I think it’s important to bring a little humor into the mix even with something as important and disruptive as cryptocurrency/blockchain”, he explained in an interview with Bitcoinist.

The wave of crypto artists

The example of Cryptograffiti has also inspired other crypto artists, such as Kevin Abosch, the Irish author of Yellow Lambo, an installation composed of 42 alphanumeric characters in a yellow neon that represent the “contract address” of a token called Ylambo, which the artist himself created. The work was bought for 400 thousand dollars by the former Skype venture capitalist, Michael Jackson.