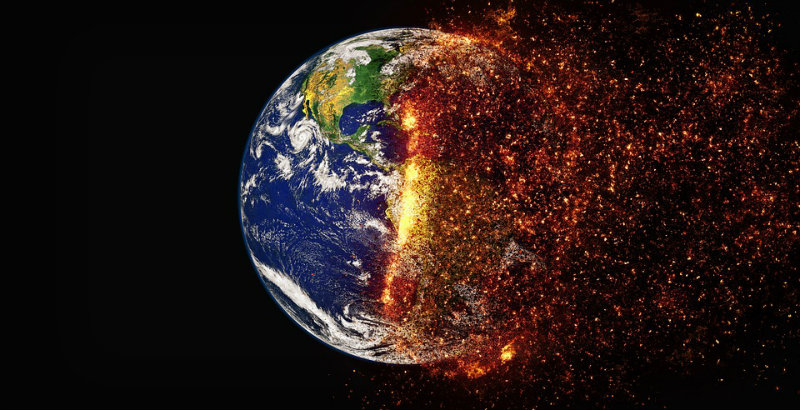 No, mining doesn’t cause global warming

Two days ago Nature Climate Change published a report that shows, with an open code on GitHub, the annual calculation of carbon emissions that would cause global warming of 2 ° C in less than 30 years, pointing to the mining of Bitcoin as a cause.

In these first ten years of life of the queen of cryptocurrencies, mining has seen a real evolution, becoming more and more complex and expensive.

The SHA-256 algorithm to be solved in order to mine bitcoins and confirm transactions requires the use of strong hardware, a good ventilation system and, above all, a significant increase in energy consumption.

The report and the code were developed by the team of researchers at the University of Hawaii, including Camilo Mora, who says that according to the calculation performed, only in 2017, the year of the boom in the value of bitcoin, the estimated carbon emissions amounted to 69 million tons of CO2.

But what do the experts say?

The meaning of the calculation and the data used have been revised, touching on points not considered in the purely mathematical theory advanced by Mora and his team.

Some experts talk about the decarbonisation of energy that the entire planet is trying to implement, namely the real intention of wanting to use renewable energy in general, also for mining activities, which would reduce the carbon emission not only caused by the extraction of bitcoin, but also for the transport, heating and cooling and food sector.

In this regard, professor of mechanical engineering Eric Masanet, who heads the laboratory of analysis of energy systems and resources at Northwestern University, explained: “We know that the global power sector is decarbonizing and that IT (including cryptocurrency data mining) are becoming much more energy efficient. It appears that the authors have overlooked these two latter trends in their projections“.

Other experts point out the instability of the time data considered in Mora’s theory, pointing out the unlikely static demand for electricity of individual bitcoin transactions and the carbon emissions for that same electricity, while at the same time bitcoin undergoes a rapid adoption.

Finally, another point omitted from the calculation of the University of Hawaii is not to predict the possible improvements applicable to Nakamoto’s blockchain, the central subject of study of the best universities and companies around the world, which would reduce and change the expected carbon emission.

Not by chance, a CNBC article quoted:

“Innovators from top institutions such as M.I.T. and Cornell University and tech titans such as IBM and Intel are developing a number of “green” blockchain innovations to address demand by businesses for blockchain that streamlines transactions of all sorts“.

In essence, according to experts, when talking about cryptocurrencies the focus shouldn’t be on the energy consumption since even if it increases, it wouldn’t necessarily cause major impacts on the environment.

For more information about Mining and the Environment click here.

Previous article Bitcoin Trendline looks bullish and volumes are back on track
Next article Truffle, the app to manage blockchain developers with 1 million downloads
Stefania Stimolo