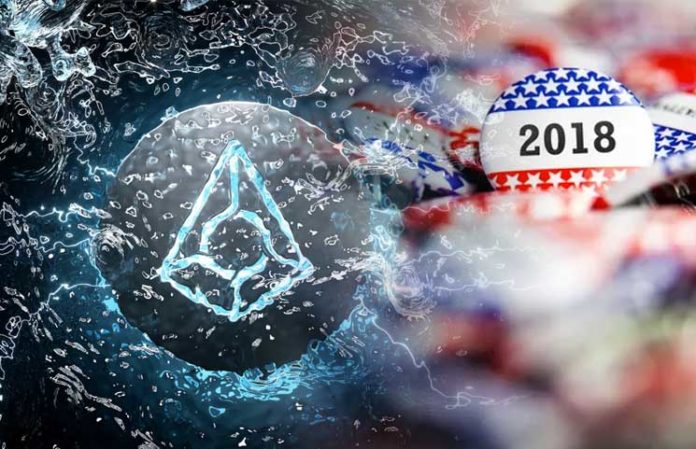 Augur betting, over $2 million for the US elections

Augur saw a promising launch in July but was later largely abandoned, even though the approaching US elections brought new life to the betting that is taking place on the platform.

The Augur betting market to the question “Which party will control the White House after the midterm US elections in 2018?” has accumulated over 3,500 ETHs and $926,815.56.

The second most popular question on the market is: “Will the price of Ethereum exceed $500 at the end of 2018?” and this amounts to $888,804.26, clearly indicating the greater interest in the US elections.

Augur indicates a 70% probability that the Democrats will win the elections, 33% that the Republicans will win and a 4% draw.

This market has a large part of the responsibility for achieving the new record of almost $2.1 million wagered on Augur.

It must be specified though, that the amount in Ethereum has continued to increase, while the value in dollars has decreased. This is clearly shown by the graph posted on Twitter: 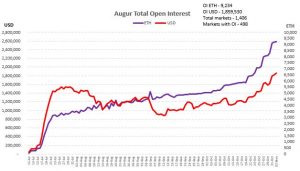 However, they have not continued to increase the daily users of the dApp: there was a peak of 256 in the first twenty-four hours after the launch and an average ranging from 19 to 56 in October, as reported by Coindesk.

A platform wrapped in controversy

Prediction markets such as Augur (or even Gnosis) may soon find themselves in trouble.

In fact, as reported a few days ago, Brian Quintenz, a member of the CFTC committee, believes that programmers should be prosecuted for their smart contracts if they allow illegal actions by US citizens.  The problem is that:

Augur and Gnosis, some of the best-known ICOs, are market prediction platforms and, as reported before,

“In the past, the CFTC has generally prohibited prediction markets as contrary to the public interest, only permitting them in limited circumstances when it has found that they operate on a small-scale, non-profit basis, and serve academic purposes”.

Previous article The Marshall Islands, the Sovereign state crypto may not come
Next article DTCC, a DLT platform together with IBM