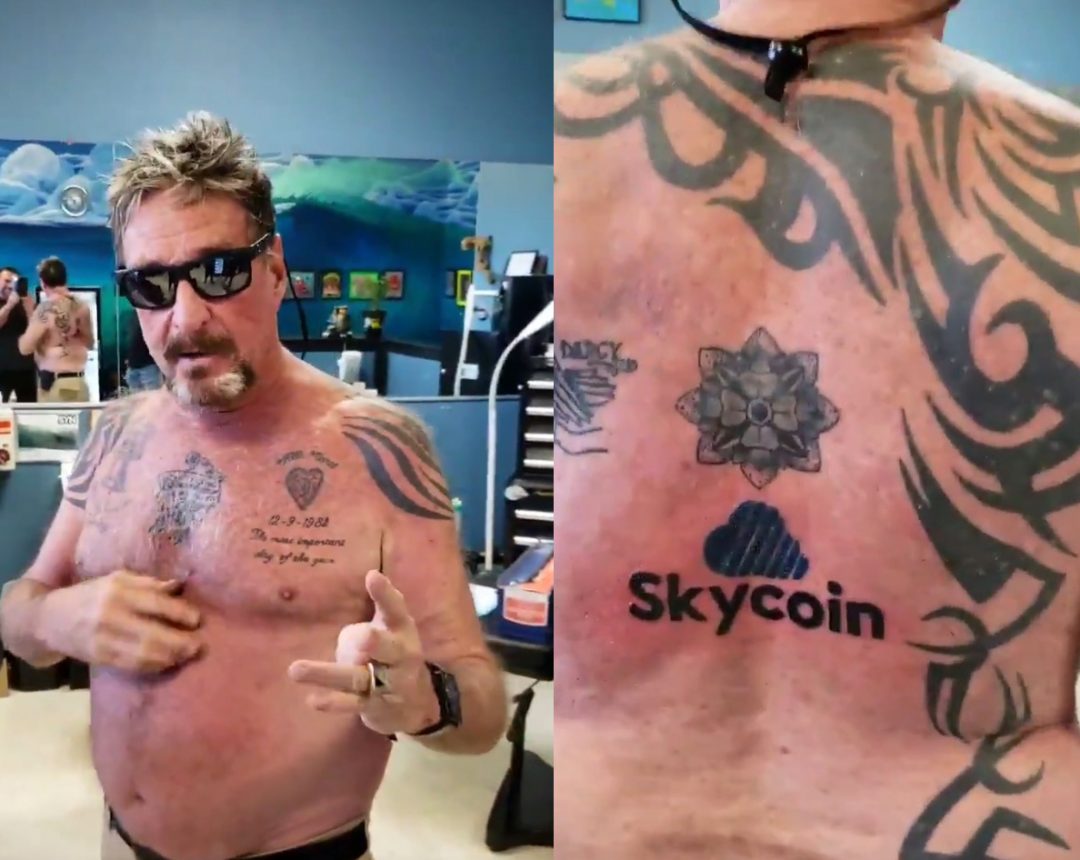 McAfee, a tattoo dedicated to Skycoin

John McAfee is again in the news, he now gets a tattoo with the Skycoin symbol on his back.

The eclectic entrepreneur is not new to this kind of eccentric promotions and so he decided to literally put his skin in the game to help this project in which he believes a lot, here’s the tweet and a picture of the tattoo: 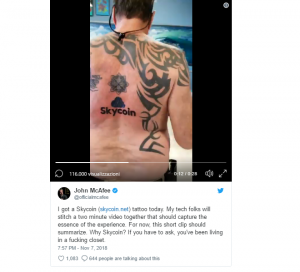 McAfee was also a NASA engineer and the inventor of the first antivirus in the world, now he returns to ride the wave as a cryptocurrency guru.

Skycoin is a project that was born in 2013 by BTC and ETH developers and is based on an alternative consensus algorithm to PoW and PoS called Obelisk, which has an academic background.

The mining of Skycoin is mainly linked to its dissemination for the creation of a peer-to-peer open source internet, based on users’ hardware and controlled by the community. An extremely democratic project in which the possession of a Skycoin token generates every hour a “Coin Hour” to be spent on services created by the community itself, including the ambitious Skywire, a project for a decentralized Internet.

McAfee’s tattoo has had a very positive impact on the price, as can be seen in the following Coinmarketcap chart.

Previous article Salesforce, how to fight spam with Blockchain
Next article The partnership between Ripple and Swift has been denied