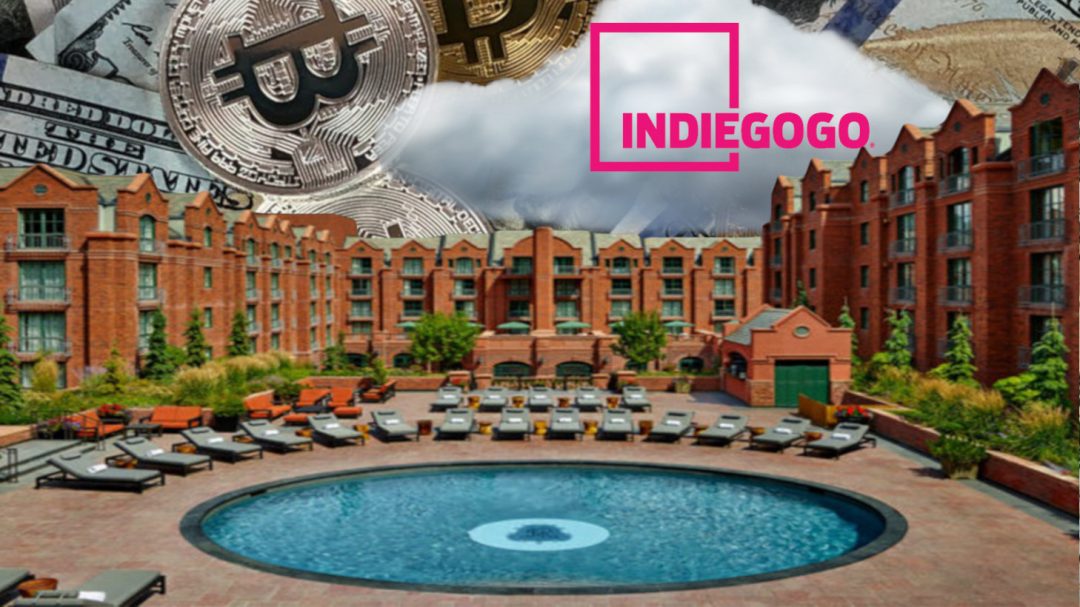 The famous crowdfunding website Indiegogo has concluded its first ICO, raising as much as 18 million for the St Regis Aspen Resort, luxurious residence located in famous Colorado.

The security tokens will represent the rights to the shares of a trust that, in turn, owns the resort.

Through the ICO carried out by the crowdfunding company, investors are indirect shareholders of the properties. It is not a utility token, but an asset that is regulated by the SEC and must be placed with qualified investors by authorized intermediaries such as Indiegogo.

This is a new investment method, which opens up possibilities so far unknown to the financial market, for which the distributor has received a fee equal to 5% of the total collected.

The token issued is an ERC20 on the Ethereum blockchain and has been made available through the collaboration with Templum Market LLC, a company registered with the FINRA and the SEC.

Possession of the token is possible in any wallet that supports ETH tokens, but the sale is only allowed through the Templum’s proprietary platform, called ATS.

Indiegogo started this new service in November and St Regis was the second ICO attempt: the first was Fan Controlled Football League (FCFL) which raised $5 million, but was blocked for regularity concerns by the SEC. All security tokens, by their very nature, must be approved by the US federal control body.

Over the past few months, there has been a sharp decline in funds collected through ICOs, with a drop of around 90% since January and a 17-month low.