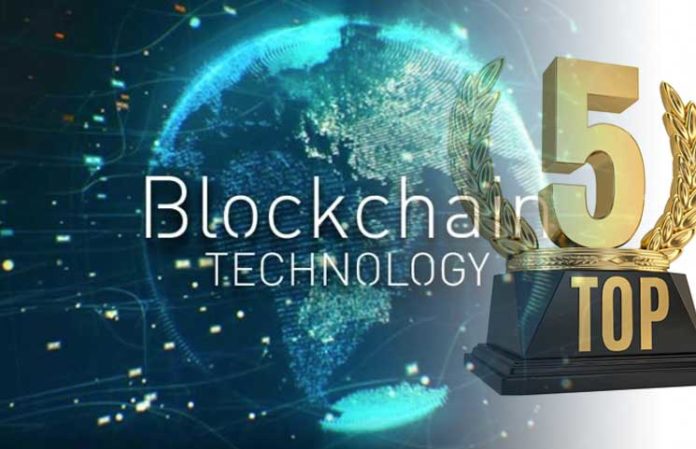 5 blockchain applications for companies. Available within the next decade

Looking at the current scenario, exactly 10 years after Nakamoto’s whitepaper on the distributed peer-to-peer model of “blockchain” technology, the new mindset of decentralized trust is fascinating giants from all sectors and even small-to-medium sized entrepreneurs are beginning to adopt blockchain solutions for their companies.

The distributed ledger, in fact, has captured the attention of all those activities willing to delegate the control of their data archive to a model of trust based on mathematical rules, which, unlike human rules, are incorruptible, unalterable and public (better known as distributed), ie decentralized.

When you come into contact with the blockchain, it is as if you meet a “trusted stranger” able to solve existing problems or prevent future ones.

But if we look to the future, within the next decade, what will be the most common blockchain applications for companies?

Regardless of the industry, here are 5 blockchain applications for businesses:

Undoubtedly, when it comes to transactions and data logging, the first place is occupied by blockchain applications for payments.

Sure, each blockchain has its own cryptocurrency but to think that a cryptocurrency can replace any fiat currency at the moment is a too revolutionary statement that would need a radical change of mindset of the entire monetary system of reference.

It is nonetheless true that the “Bitcoin accepted here” is an alternative already present and that users who transfer money all over the world in a few minutes are already a reality.

From a purely corporate point of view, blockchain is a technology that allows transferring global decentralized money between peers without intermediaries that slow down the process, ideal for the area dedicated to cross-border remittances.

In second place we find contracts, that is, the legitimacy of the agreement between parties. Thanks to smart contracts, which offer that extra service compared to the simple transactions, you can use the blockchain to conclude real contracts where if one of the parties does not fulfil what was stated in the contract, mathematically the deal is off. This helps to reduce fraud, discontent and all the risks involved.

An example of a contract is trading. Today, both the seller and the buyer, especially in the digital world, rely on each other, exercising their legal rights in case of non-compliance. Within ten years, with the blockchain evolution, all commercial companies will use smart contracts, delegating trust to mathematics.

Another blockchain application for companies is to have certified CVs, which during the employment process is definitely an advantage over the traditional method. The data regarding the qualifications and previous work experience is recorded on the blockchain. It can be made public and can be reviewed and given feedback on. It can also be viewed by the new employer who will have access to it.

There are already projects related to blockchain certifying bodies that are being organized with the institutions to proceed with the creation of a blockchain for the authenticity of qualifications. The idea is also aimed at the world of reviews, where both former employers and former employees can participate and add comments and assessments on their experiences.

Thanks to blockchain’s decentralized nature, data stored on archives that use today’s cloud, instead of being saved on a single centralized corporate server will be divided into small “sub-data” and saved on thousands of devices around the world, acquiring greater reliability. In this way, the company doesn’t have to depend on the security of a central server but on more decentralized networks, none of which contains the complete file, but only parts of it.

To retrieve the archived file, the system will assemble it on the basis of particular information that only the company has access to.

A decentralized cloud memory could be the real solution within the next ten years as it is much more reliable and above all would make hacker attacks highly unlikely.

It is well known that the hierarchical rise within any system has always created the temptation to manipulate and corrupt some subjects in favour of others more ambitious, losing the sense of meritocracy and democracy.

The disintermediation characteristic of the blockchain improves the organizational system of any structure, this is because, at the decision stage, the vote declared on the blockchain is transparent and unalterable.

When the hierarchy fails, power is redistributed fairly, creating a better system of governance, which thanks to blockchain could be a business reality within the next ten years.