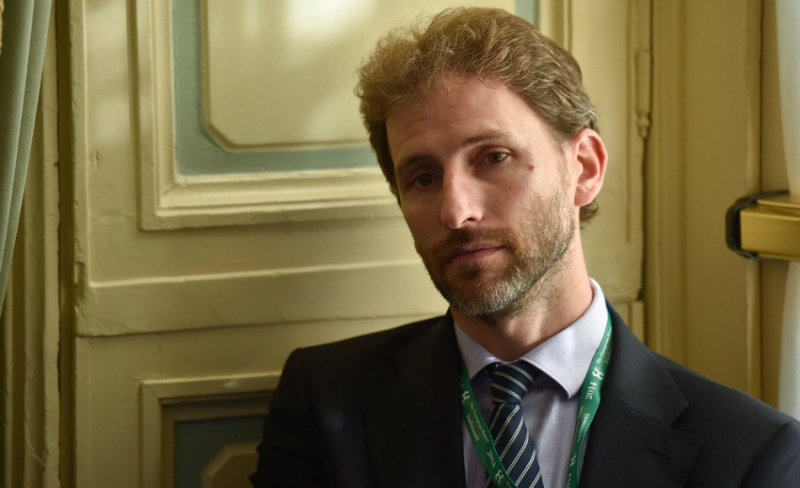 Davide Casaleggio, President of Casaleggio Associati, a company that has been active for a long time in the analysis of the Net and online phenomena, has recently published a report entitled “Blockchain for Business“.

The 56-page report analyses how the blockchain can “revolutionize the way companies operate“.

Casaleggio is also the President and founder of the Rousseau Association, which manages the IT platform of the Italian political party ‘Movimento 5 Stelle’.

In the report, the blockchain is considered as the buzzword of the moment, whose role is compared to that of the famous TCP-IP protocol, in use since 1975 for data exchange on the Internet.

In the presentation of the report it is said that

“just as many people considered TCP-IP to be little more than something technical that enabled people to have their own website or e-mail account back in the ‘90s, these days people believe that blockchain is a place where people can go to speculate on cryptocurrencies“.

In this scenario bitcoin is compared to email as “the killer application that triggered it all”, but there is much more.

This “Blockchain for Business” report also mentions the birth of Ethereum in 2015, with its smart contracts, comparing the competition between blockchains to the war between browsers in the early years of the web. This war would now have shifted to choosing which platforms and interfaces to use to access this new technology.

For this reason, they argue that in the future new tools and new companies will emerge that will position themselves within this new context, in parallel with the emergence of new forms of property rights that, fOr example, will completely renew the concept of copyright.

Just as in the 1990s, new opportunities are being created within a new context that is set to totally reshuffle the current position of the main players, allowing the emergence of new business models.

For example, the report talks about four Italian companies that in the first six months of 2018 raised more funding through blockchain than all the other companies in Italy raised through the classic system of venture capital.

Finally, among other things, the report analyzes the current blockchain market, the possible activities that can be based on this technology, the role of smart contracts and several critical issues.