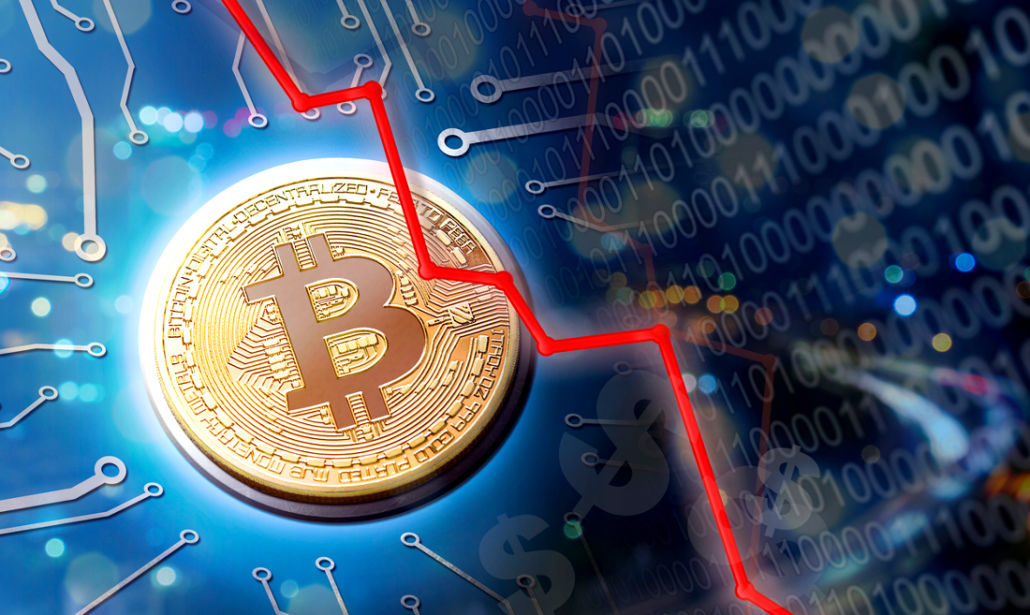 After a short break lasting just over 48 hours, the current prices of cryptocurrencies are falling again. 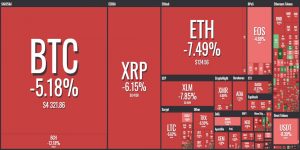 During the night prices plunged to update the lows of the beginning of the week, for many even of the year.

Despite rapid rebounding coverings and prices returning to last night’s levels, losses this morning mark an average of 5 to 8% for the top 10 ranked by Coinmarketcap.

Bitcoin Cash (BCH) continues to stand out with its internal struggles and significant losses that see its value halved from last Friday’s levels, with prices approaching $200.

Along with the prices of cryptocurrencies, also volumes are falling. After reaching the peak of over 1 billion dollars in trading volume on BTC, the highest level since last February, over the last 48 hours it has collapsed to $480 million, an index that causes most traders to stay away from trading in order to better understand the context, which is definitely troubled by the sinking of recent days.

Total capitalisation also lost ground, falling below $140 billion, a level not seen since the beginning of October 2017. The bitcoin dominance continues to remain stable at around 54% while the gap between Ripple and Ethereum continues to widen, the first increasingly firm in second place with about $17 billion.

Once the purchases have disappeared, the bitcoin price is at the mercy of uncertainty. The drop in volumes makes the short-term structure even more unstable. Tonight, in fact, the fast movement that pushed the prices close to 4200 dollars was caused by low volumes.

In similar contexts, most operators prefer to stay and leave the ball in the hands of a few actors. If some ‘whale’ decides to influence the market with significant capital, the volatility, which has already risen by more than 400% in the last week, could continue to upset the trends in the coming days. We must continue to monitor the $4200, downward, and $4800, upward.