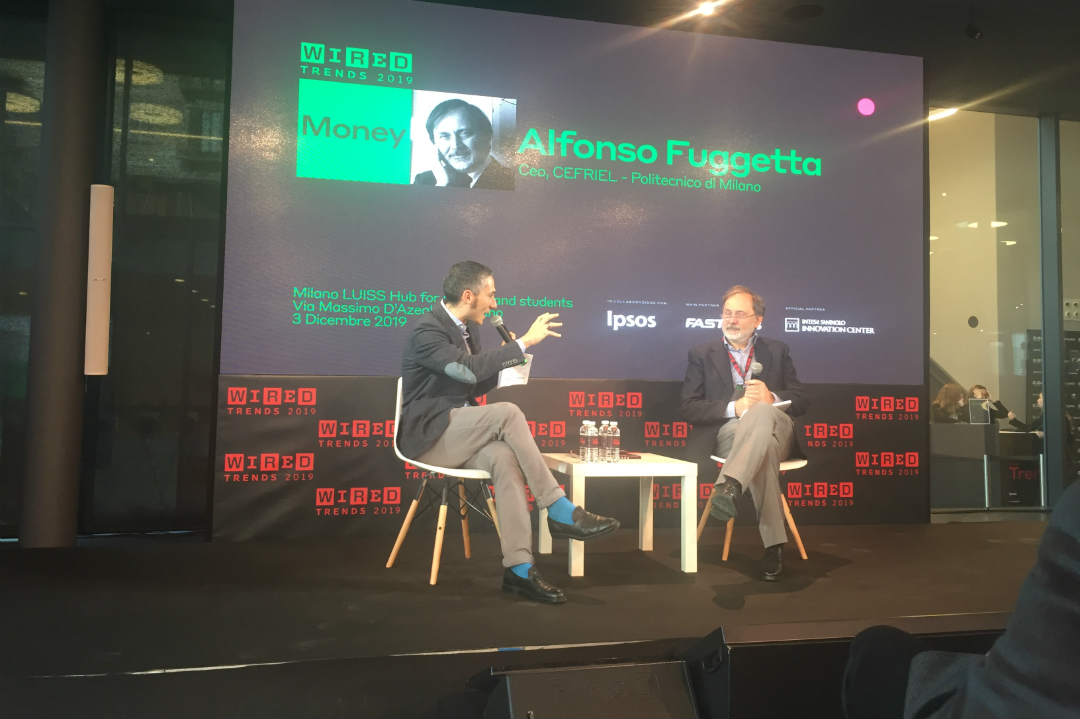 Wired Trends Money: “Bitcoin is like a virtual tulip”

The event Wired Trends was held today in Milan, this time dedicated to Money, identified as the sector that during 2018 has evolved the most thanks to cryptocurrencies, microtransactions and apps. 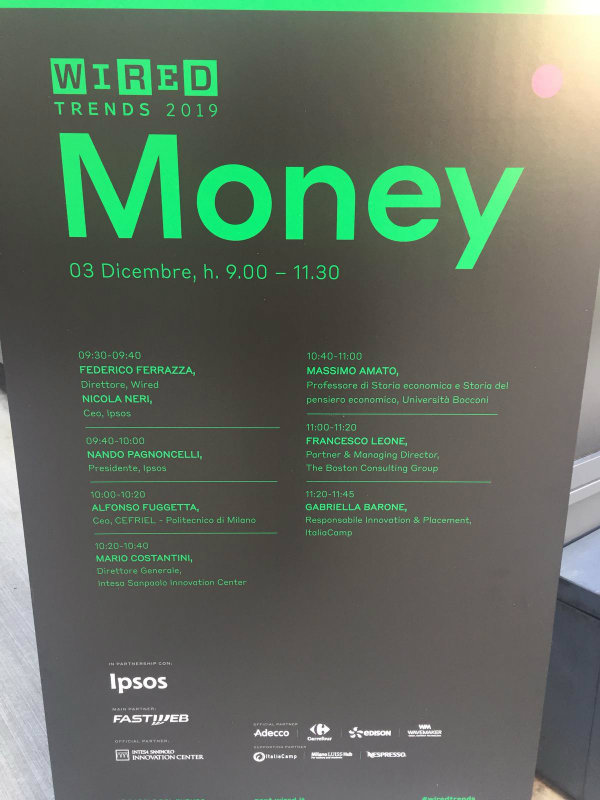 At the end of the event, which also talked about future trends in 2019, it seems that the main buzzword was awareness.

The data reported by the first speaker, President Nando Pagnoncelli of IPSOS, a company for Market Analysis and Research, puts Italy in first place for 100% of the Misperception Index, that is, the difference between the perceived reality and the actual reality in the financial and economic monetary field. 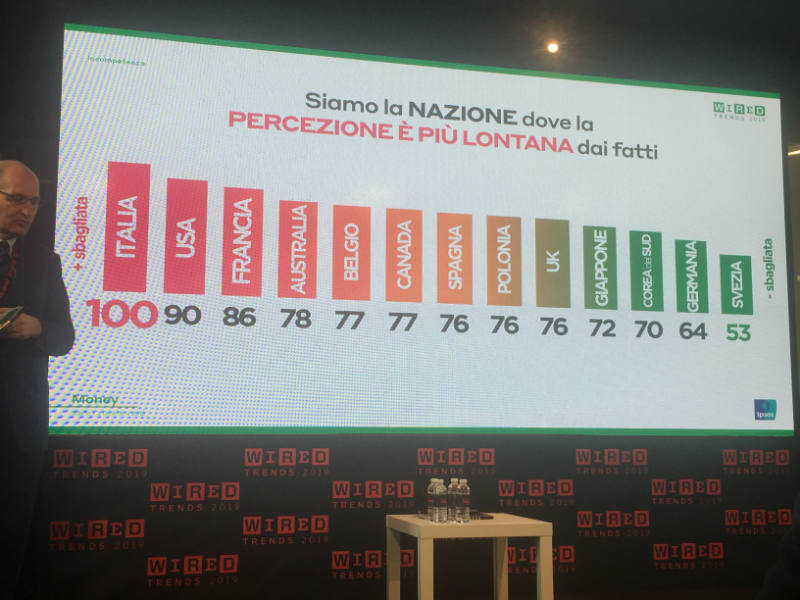 Italy would, in fact, be the country where perception is farthest from the facts, this is the result of the analysis, followed by the US in second place and France in third.

Experts such as Alfonso Fuggetta, CEO of Cefriel, specialists in facilitating the relationship between companies and universities in the field of technological innovation, and Francesco Leone, Partner and Managing Director of The Boston Consulting Group, focused instead on the concepts of transformation and adaptation.

In particular, when asked about the blockchain theme, Fuggetta said that technology is going through a moment of hype:

“The immaturity of the knowledge we have regarding the blockchain is not perceived. We are talking about a model that profoundly changes the relationship between companies. […] Blockchain is meant to be a security factor and it requires trust. We need a new business culture capable of entrusting its management and development no longer to firewalls, but to an algorithm. Some companies are still linked to the mentalities dictated by the industry, some instead push to understand the new technology, but there are also companies that see it as a dark box“.

Tony Gherardelli, Head of Innovation Culture Diffusion at Intesa Sanpaolo Innovation Center, instead focused on innovation as a cultural change and technology as an enabling factor.

The only question about Bitcoin was addressed to Massimo Amato, professor of Economic History and History of Economic Thought at the Bocconi University in Milan, and author of the Italian book “Per un Pugno di Bitcoin” recently published in the second edition after having sold all copies of the first 2016 edition.

The professor at Bocconi replied as follows:

“Bitcoin is like a “Virtual Tulip”, that is, an asset on which to speculate as if they were tulip seeds, hoping for a good return, while if it goes wrong it is believed that it is possible to replant them so that a new plant can be born. But Bitcoin is not even that“.

“The problem with Bitcoin is that it lacks responsibility, so much so that the identity of its creator has remained anonymous, as well as having a limited amount available, which is not a good thing in a monetary sense. Bitcoin is a blind mechanism, a decapitated duck, there are no system managers and this is dangerous“.

Finally, Amato concluded with further criticism of Bitcoin and its creators, stating that they had the dubious merit of recognizing that “banks suck” and of having created a system to eliminate the banking system instead of reforming it.

On the contrary, Amato has promoted those realities of complementary virtual currencies to support the official currency as an ideal to solve international issues and transaction costs, introducing also technological innovation such as microtransactions, citing in this regard as an example the Sardex commercial circuit.