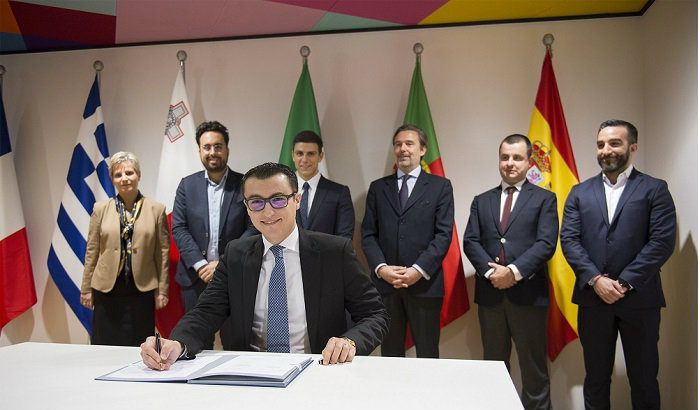 The Government of Malta, together with Italy, Cyprus, Spain, Greece, Portugal and France, has signed a declaration of joint cooperation in the tech and blockchain sector, in order to become the leader of Southern Europe.

It happened this morning in Brussels, during the Transport, Telecommunications and Energy Council configuration (TTE) and the news immediately became viral on Twitter, shared by all 7 Mediterranean countries.

Below is the image of the declaration published directly by the official Permanent Representation of Malta for the EU channel:

Silvio Schembri, Minister of Finance, Digital Economy & Innovation in the Office of the Prime Minister of Malta commented in his tweet:

“Proud to see the smallest nation in the EU taking a leading role“.