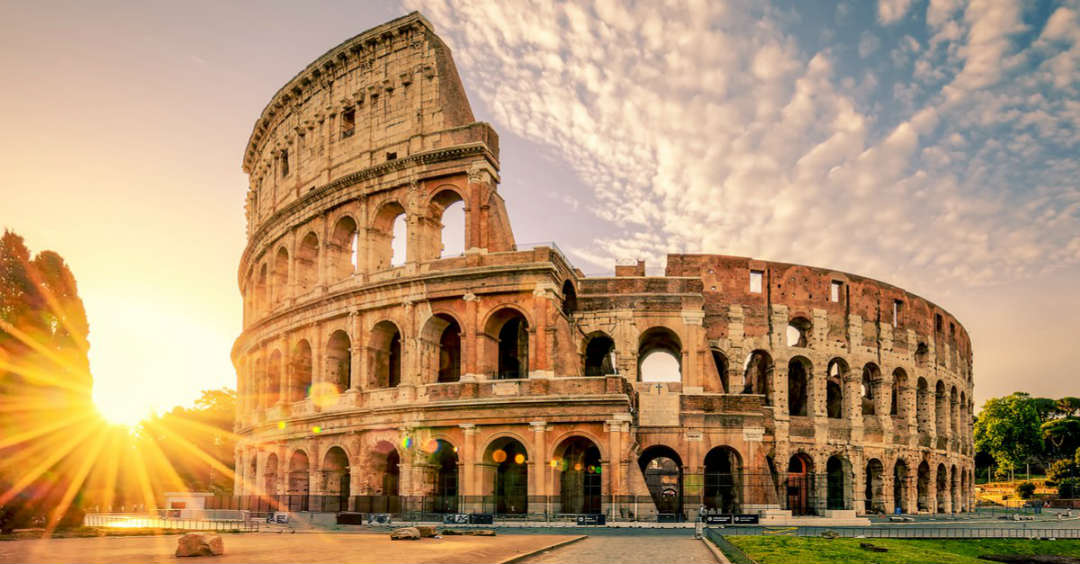 Blockchain, from opportunities to concerns: an event in Rome

Rome will host today the event “Blockchain, from opportunities to concerns” organized by the ‘Scuola di Perfezionamento per le Forze di Polizia‘ (School of Specialization for the Police Forces) and the ‘Accademia del Notariato‘ (Notary Academy), to discuss the future developments that blockchain technology will bring to the public sector in Italy.

The event focuses on the blockchain theme as a new technology applicable in the near future to the public sector. The new automation related to data recording on the blockchain offers characteristics of non-retroactivity, transparency and decentralization.

In fact, the presentation mentions:

“The advantages and benefits of information on blockchain, shared in the computer world and usable by all, in every area, are undisputed”.

The notary and public security sector are wondering if and how to rely on the blockchain model also for the professions of judges, notaries and law enforcement, listing the undisputed advantages, but also the concerns associated to the underlying algorithm not yet fully understood.

The event opens with Gennaro Vecchione, Director of the ‘Scuola di Perfezionamento per le Forze di Polizia’ (School of Specialization for the Police Forces) together with the President of the ‘Accademia del Notariato’ (Notary Academy) Adolfo de Rienzi, Giorgio Lucchetta, national councillor of the ‘Dottori Commercialisti’ (Certified Public Accountants) and Cesare Felice Giuliani, President of the ‘Consiglio Notarile’ (Notarial Council) of Rome. 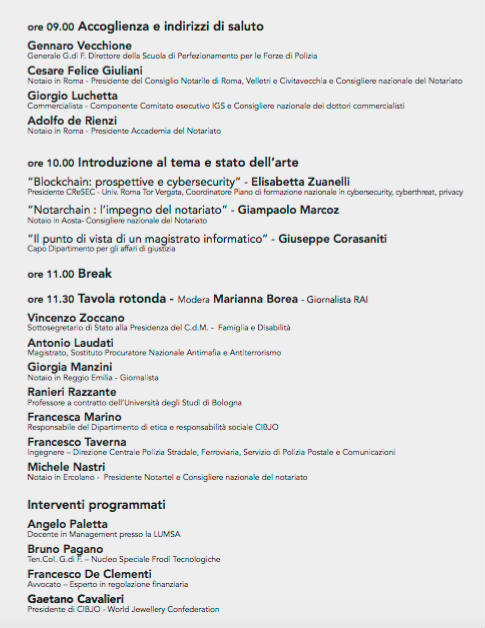 Among the people present, there will also be the notary and journalist from Reggio Emilia, Giorgia Manzini who in an article describes the blockchain as follows:

“Blockchain technology is one of the tools of digital transformation that will soon change the way citizens operate and live. The blockchain is an extraordinary technology that is easy to understand: it comes from traditional economic thinking, expressed in a new concept of “crypto economy”. All this through the combined use of digital techniques that are not innovative in themselves; cryptography, transmission protocols, time stamping.

It is a system that allows realizing in a digital form something that already existed, the transfer of value, not replicable, but transparent and traceable. In other words, it is the new Internet of Value. However, in contrast to the prospects of e-democracy, there are concerns and perplexities, also due to the regulatory vacuum on the subject in Italy“.

Previous article Switzerland: now you can buy Monero at ATMs
Next article Bitcoin searches on Google increased in November. Data regarding Italy and Switzerland
Stefania Stimolo