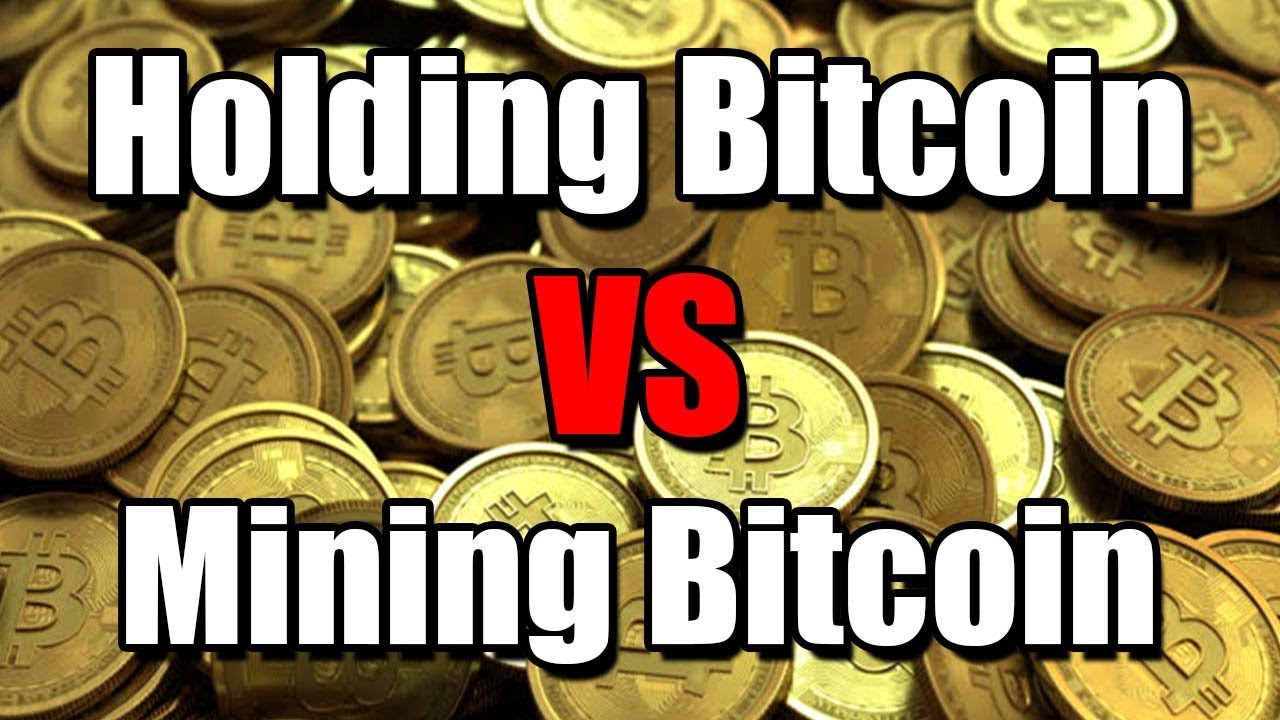 Bitcoin: holding vs mining. Who wins?

Is it better to hold or mine bitcoins?

First of all, it must be clarified what holding bitcoin entails: it means to buy BTC and to keep them without selling them, in the hope that in the future they will increase in value.  Mining, on the other hand, means participating in the competition that rewards those who validate the new blocks that are added to the blockchain every about 10 minutes.

The two things are completely different from each other, but you can calculate and compare their profitability.

Profitability means the percentage of profit that can be generated in the same period of time from an investment of equal value.

In other words, the question is: how it is best to invest your money in bitcoin? Is it mining or holding?

Obviously, in order to calculate the profitability of an investment in mining or holding, it would be necessary to know the future, and in particular the trend of the bitcoin value, but this is simply not possible.

So, you can only analyze the present and make assumptions that could prove to be true or even false.

To date, BTC mining is below the profitability threshold and it in the next year could remain negative, or slightly positive, should the current bearish trend continue.

According to the same analysis, conducted by howtoken.com co-founder Kirill Shilov, the classic buy-and-hold strategy, on the other hand, could allow investors to earn up to 75%, in addition to not requiring great efforts or incurring regular costs.

Therefore, on the one hand, the current market conditions impose very limited, or even non-existent, gains on mining, while on the other, the growth potential of the entire bitcoin market is considered interesting.

Mining profitability is not only affected by the price of bitcoin, but also by other factors, including electricity consumption and cost, hardware availability and cost, and the difficulty of the mining business itself.

Although the latter is in sharp decline, at the moment these lower costs do not seem to be sufficient to compensate for the fall in price.

Projecting the current situation in 2019, Shilov calculates an ROI of -243.07%, which would require a price of at least 9,640 dollars to return in positive.

It should be added that the difficulty is still falling, so by updating these calculations in a few weeks, or a few months at most, the results could be different.

With the same logic, the ROI calculation related to holding would be 75%, if the price were to rise from the current lows and return around the average of the last 15 months.

Obviously, these are only hypotheses based on a projection of the current situation, the future may actually prove to be very different, but they are the result of calculations based on real current data that show how mining activities are actually in great distress at the moment.

Previous article Six startup-related questions for developing a new idea on the blockchain
Next article Who regulates cryptocurrency exchanges?