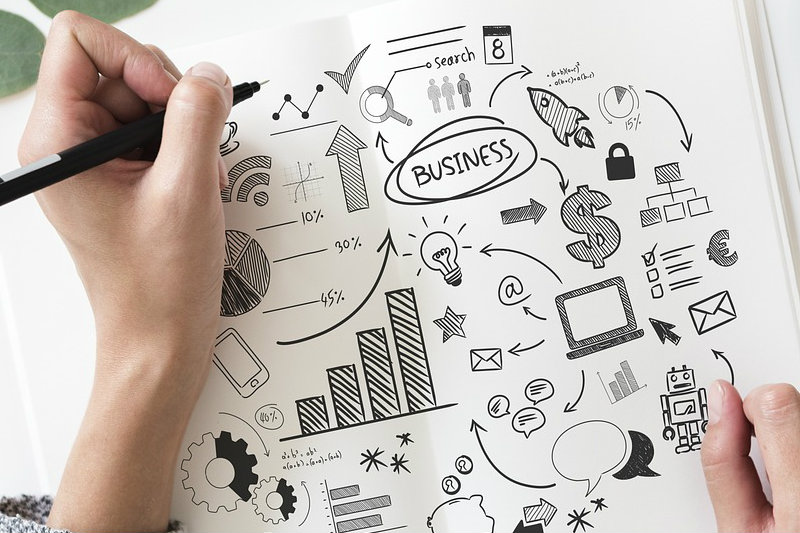 Do you have a new blockchain-based idea for your startup?

Here are the 6 questions to ask before choosing to implement blockchain technology in your project.

Coming up with an innovative idea and integrating blockchain technology within it is certainly advantageous at the moment, but it’s important to consider what real issues can this technology solve, instead of just adding the name for marketing reasons.

Here’s how two Swiss researchers, Karl Wüst and Arthur Gervais, and their document “Do you need Blockchain?“, are helping the business and startup world to understand if their new idea needs blockchain technology or not.

Here are, together with other inputs, the 6 questions to ask when developing a new idea on the blockchain:

The first main question to ask about the project is whether it needs to store data. Blockchain technology is a special form of DLT, which is a distributed data storage.

If your idea is, for example, related to recording speed instead of archiving, then the blockchain is not the right answer and you can stop here with the questionnaire. On the contrary, if the answer is yes, here is the next question.

If only one actor is involved in the data recording, then blockchain is useless. The purpose of a distributed database is to avoid inconsistencies, it would make sense to use blockchain technology in cases where there are multiple actors involved in the recording and verification of data so that there is an interest in wanting to have a copy of the ledger.

It is no coincidence that when talking about Bitcoin’s Blockchain, the first reference that is made concerns payment transactions. In this case, in fact, both the issuer and the recipient will want to have the incorruptible copy of the transaction that involved both.

If there is more than one person involved, then proceed with the questionnaire.

Another fundamental concept of the blockchain is the peer-to-peer or P2P system which allows for disintermediation between parties.

If the new idea in question provides for an irreplaceable trusted third party, then the blockchain does not solve any problem. If instead, the intention is to rely on technology as a third party to solve the contract between the parties involved, then you can move on to the next question.

If you want to allow access and the recording of data even to people who want to remain anonymous then the blockchain fits perfectly.

On the contrary, if a clear identification of the actors involved is necessary then the implementation of blockchain technology in the project is unnecessary.

A clear example where the blockchain is suitable is the protection of privacy when exercising the right to vote. If the vote were public, associated with the names and surnames of citizens, it would lose its intrinsic characteristic of secrecy.

“Don’t trust, verify” is the motto of the blockchain.

If the new idea is to be trusted by a certain authority that can intervene by modifying or correcting the data collected, then using blockchain technology is a real waste. Unlike decentralisation, if the data is centralised by an authority, there will always be a possibility of manipulating the recorded data.

To give you an idea, you can think of a project that involves collecting reviews on a platform about a certain topic. If the platform owner wants to have confidential access to the data, thus having the possibility to modify it, or if people who want to leave a review do so only because they trust the centralized mechanism in charge, then there is no need to use the blockchain.

On the contrary, if the project provides full freedom of access to all parties involved without having to trust, then let’s move on to the last question.

Finally, the blockchain meets the need for transparency of published data.

Anyone can check and track the data on a given topic publicly.

So if you want to make public the registration of company data, for example, then the blockchain is an answer. This does not happen often, because for commercial reasons and perhaps even legal, companies prefer not to expose to the public their private business data so as not to disclose their strategies to both consumers and competitors. So, if this is the goal of the new project, then blockchain technology wouldn’t be an ideal choice.

On the contrary, in cases such as the supply chain of a product, using blockchain applications would become the solution that par excellence constitutes truth and transparency of data which is verifiable and traceable publicly without the existence of an owner.

Previous article 29% of freelancers in the US prefer to be paid in crypto
Next article Bitcoin: holding vs mining. Who wins?
Stefania Stimolo