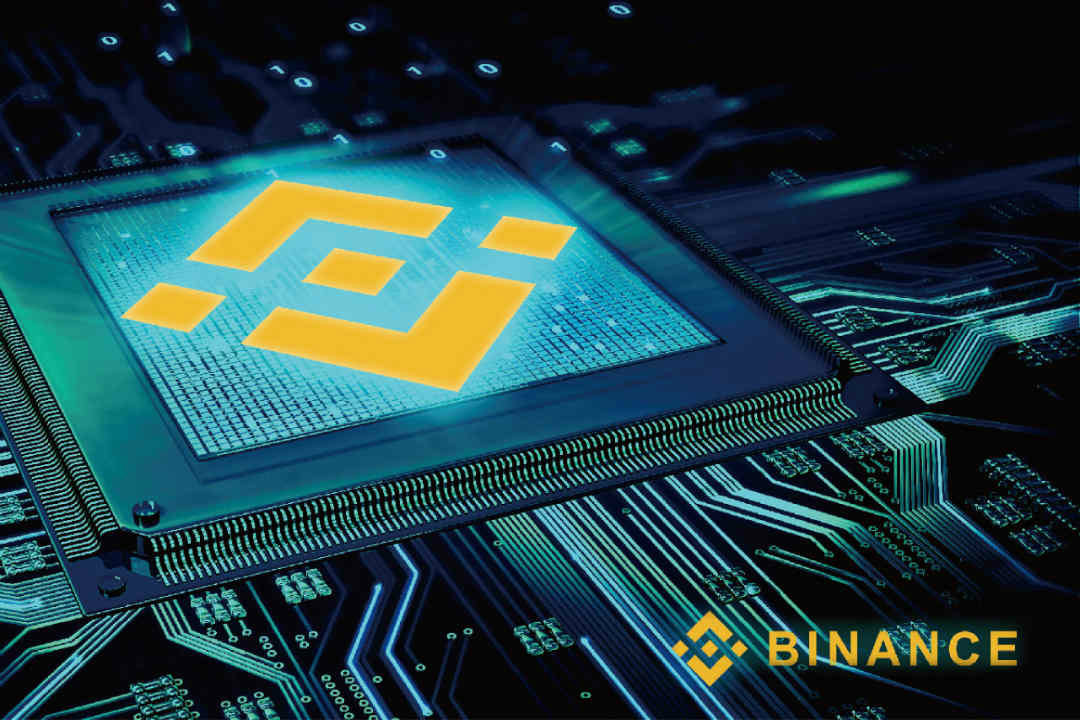 Among the top 10 cryptocurrencies that stand out today, there are Binance Coin (BNB) and EOS. BNB, in fact, rose above $5.25 scoring a rise of more than 11% in a day, while EOS returned to attack the $2 threshold, rising more than 8%.

It’s a day of glory for BNB’s sympathizers who return to greet the project with enthusiasm thanks to the news about the Binance DEX and the assurances of the CEO CZ who, with a tweet, reassured traders about the rumors of a possible bug on the ERC20 standard that, due to a missing return value, would have allowed to change the liquidity of several tokens in the pool of the Binance trading platform.

BNB is the utility token of one of the most liquid exchanges in the market, which was founded in 2013 in China by Changpeng Zhao, now one of the leading authorities in the field of cryptocurrency.

After wittily overcoming the ban on cryptocurrency trading in cryptocurrencies issued by the Chinese government in September 2017, Changpeng Zhao’s motivated entrepreneurial spirit allowed him to quickly move his offices to Japan and then, in March 2018, to Taiwan and to Malta.

Binance offers the possibility to trade hundreds of cryptocurrencies, even unknown ones, and this is one of the main reason that attracts traders around the world who, using the BNB token benefit from reduced trading fees. Obviously, it is also possible to trade Binance Coin (BNB) since it is the native token of the platform.

Binance Coin isn’t the only one rising

After two days of negative movements, today we see green signs also on many other cryptocurrencies. 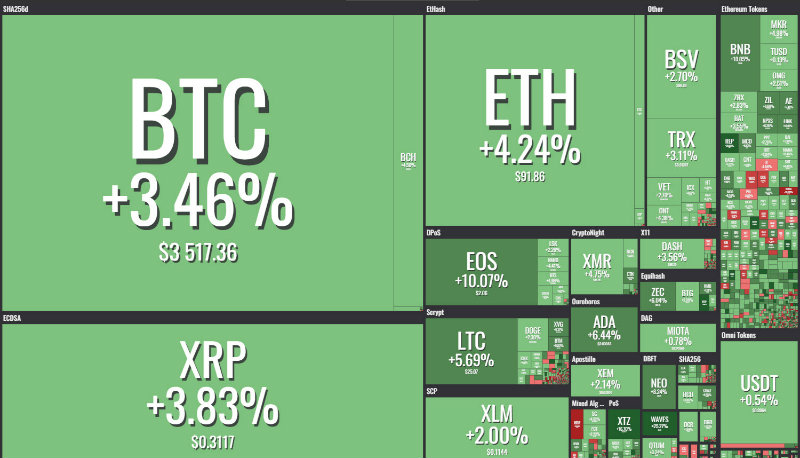 In fact, the first 50 coins listed on Coinmarketcap are of a single colour. The only red sign is DigiByte (DGB), in 42nd place, capitalising just under 100 million dollars, marking a -1.5% from yesterday afternoon levels.

Waves and Tezos (XTZ) stand out as the best of the day.  The first, Waves, scored a rally of over 23% from yesterday’s levels, while Tezos (XTZ) climbed more than 15%.

Despite the general upward movement, the total capitalization remains just above $110 billion, which still keeps investors’ mood quite low. Since November 25th, sentiment remains at the lowest levels of the year, swinging to levels of ‘extreme fear’. Market shares remain unchanged with bitcoin anchored at 55%, followed by Ripple (XRP) at 11.4% and Ethereum (ETH) at 8.5%.

In the last few hours, prices have been trying to climb back to over $3600. The fluctuations above 3400 dollars, accompanied by low volumes, do not allow to have clear technical signals.

The technical structure remains still unstable, increasing the risks of sudden movements both downward and upward. The levels of support at 3400 and 3200 dollars need to be monitored, while upwards it is necessary to break the resistances between 3750 and 3900 dollars.

Prices are trying to consolidate in the $90 area, a level repeatedly tested after suffering the sinking of last Friday, November 7th.

To confirm the stability it is necessary to first go beyond the bearish trendline (purple line of the chart) placed in the 95 dollars area, and then exceed 100 dollars in the shortest possible time, otherwise, the chances of new falls in the coming days will increase.

Rises above $120 will begin to provide the first indications for a favourable trend change.

Previous article Tron and Changelly: Merry Cryptmas promo starts today
Next article Blockchain ruled out from the Simplifications Decree of the Italian Government