The University of Cambridge has published its second Crypto Asset report, with which it conducts a very in-depth analysis of the cryptocurrency sector, continuing the work begun the previous year.

To write this report, as you can read on Twitter, many major companies in the crypto industry were questioned, including Eidoo, Bitmain, eToro, Genesis Mining and many others.

This is an extremely comprehensive study on the evolution of the crypto industry and its structural changes.

The report describes the current structure of the sector with all the main segments: 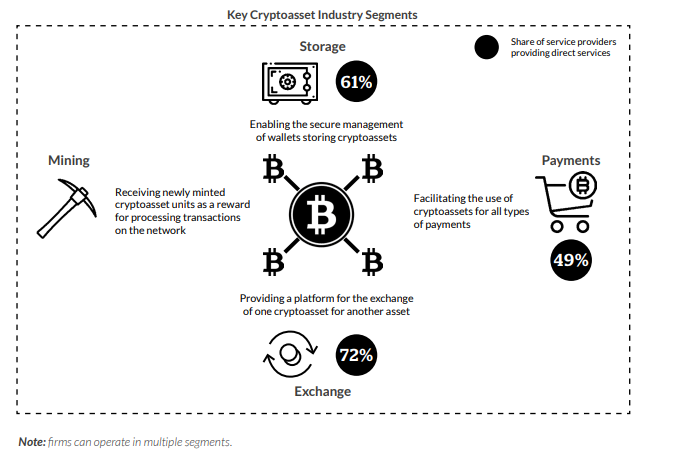 These segments include mining, storage, exchange and payments through merchants.

A complex system in which operators keep on creating intersectoral connections.

Although the industry is suffering from a reduction in value, this has not affected the number of accounts created and the growth in the number of users themselves.

On the negative side, a large number of users remain passive and do not complete the KYC and AML procedures. 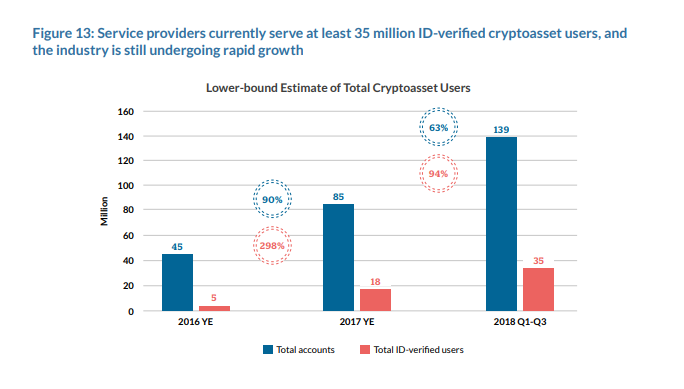 As far as cryptocurrencies and related services are concerned, these are still increasing for all coins except for bitcoin that seems to be in decline.

This is a curious trend, but it is compatible with the end of the first adoption effect, with the application of Gresham’s law and the transformation of BTC into a pure store of value. 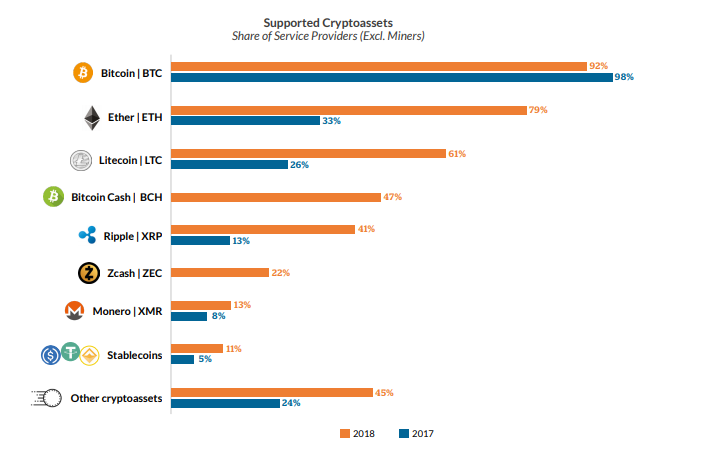 If we break down the services between those used by the business and those used at the individual level, we see how storage and payment systems are used more professionally, while exchanges remain used mainly by individuals.

However, there is a continuous growth of intermodality in services.

Also interesting is the evolution of payments divided by cryptocurrency, as you can see in the following figure: 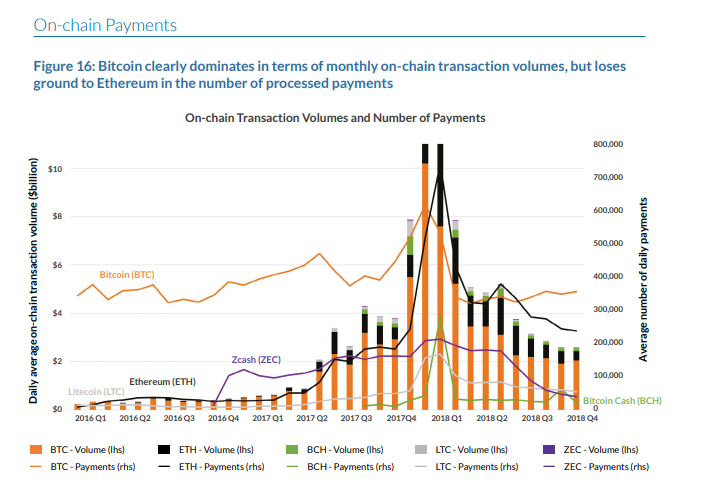 We can conclude that all cryptocurrencies had a peak in use during the December 2017-February 2018 bubble, but the previous and subsequent behaviour was different from case to case.

If BTC as a payment tool has subsequently returned to even lower levels than previously, other cryptocurrencies such as Litecoin, Ethereum and BCH, have instead maintained or achieved interesting levels.

Worthy of note is ZEC’s case in which, after having enjoyed a moment of wide use, it has subsequently decreased.

This is however consistent with the particular evolution of cryptocurrencies, in which BTC becomes the representation of a more stable and secure value and others, such as LTC and ETH, are used as a means of payment.