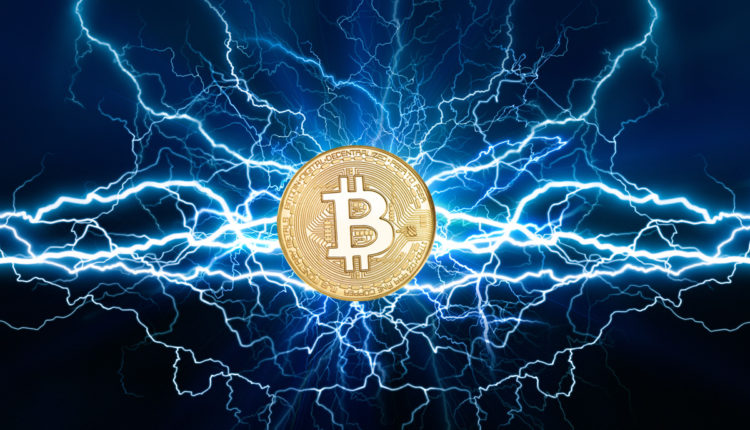 Lightning Network: even Litecoin among the LN applications

Although Lightning Network is often associated only with Bitcoin, in reality, it also supports several other cryptocurrencies, among which Litecoin stands out.

One could speculate that LN can make litecoin (LTC) a more useful currency than bitcoin (BTC) when opening a Lightning Network channel, but as we will see it is just a speculation.

LN supports a feature called atomic swap that allows the exchange of different cryptocurrencies: thanks to an atomic swap it is possible, for example, to exchange bitcoins with litecoins and vice versa on the Lightning Network.

This means that you can also use LN with a channel created on the Litecoin blockchain, and with it, you can also exchange bitcoins.

Litecoin as a launch pad for LN

Some time ago Litecoin founder Charlie Lee said on Twitter:

“Litecoin will also be the easiest onramp onto the Lightning Network. BTC takes too long and fees to high? No problem. Open an LTC payment channel on chain cheaply and quickly, then atomically swap for BTC if/when you need to. This can be done in one step using submarine swaps“.

The point is that in order to open or close a LN channel you have to make a transaction on the blockchain. This, if it happens on the bitcoin chain, is certainly slower and more expensive than it would be if it were done on the Litecoin chain. This means that opening an LN channel on Litecoin’s blockchain, instead of Bitcoin’s, is not only possible but would also be faster and cheaper.

Moreover, thanks to atomic swaps, once the channel is opened it can also allow the exchange of bitcoins, thus allowing the use of BTC without having to open the channel on the bitcoin chain.

These problems are actually of little interest to those who open LN channels to carry out many transactions but could instead have an impact on those users who need to use them only for a limited number of operations. In such cases, Litecoin could be a solution that would ensure greater speed and cost-effectiveness.

The effects of Lightning Network on Litecoin

Continuing with speculation, not only could Lightning Network have no negative effects on Litecoin, but there is even the possibility that the so-called “digital silver” could play a role in the mass adoption of this technology.

In reality, these are only assumptions, but they based on real information that comes from the use of LTC and BTC, and from what is technically allowed by LN.

We must not forget that Lightning Network is still in the beta phase, with less than 5,000 nodes, just over 13,000 channels, and a total capacity of less than 500 BTC. Therefore, it will be necessary to wait a little longer before understanding precisely how it will be used on the market, so at the moment only hypotheses can be made.

In other words, it is not possible to say with certainty that Litecoin will actually play this role in the development and diffusion of LN.

The drop in value

However, it should be added that during 2018, when Lightning Network was starting to spread, the relationship between the value of LTC and that of BTC fell considerably, suggesting that the market did not consider these prospects very positively.

Since March, when LN started to spread, LTC’s exchange rate has risen from 0.016 BTC to 0.007, i.e. it has almost halved its value against bitcoin.

This could also mean that the market is more inclined to consider negative the effects that Lightning Network could have on the value of Litecoin because the above assumptions might not be considered as probable, but only as possible and speculative.

As of today in fact, it is premature to establish whether those hypotheses are really probable or not, and since the LN channels seem to have been created mainly on Bitcoin’s blockchain for now, the contrary hypotheses seems to be more probable, according to which Lightning Network could have serious negative effects on Litecoin, making bitcoin itself the transactional currency that litecoin has always aspired to become.