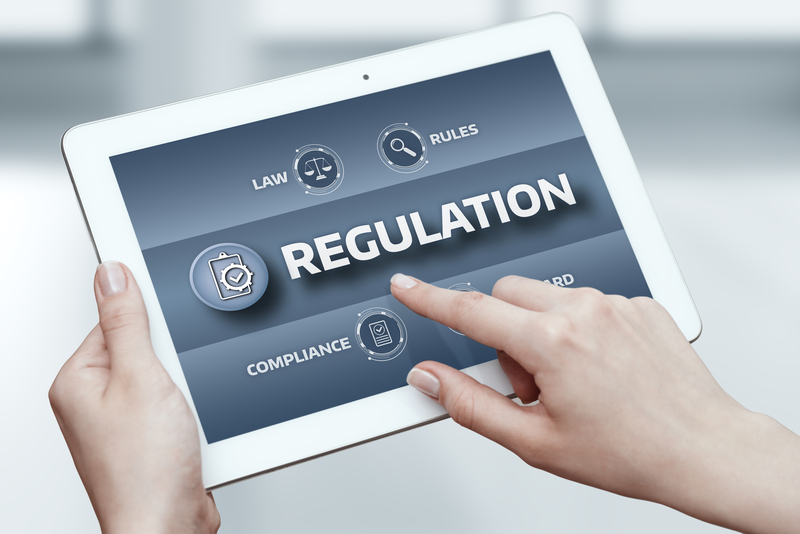 This dual nature makes it difficult to see how States can allow stablecoins and regulation to find a middle ground.

Stablecoins are coins in some ways similar to fiat currencies, to the extent that some replicate their exact value, but take advantage of the features typical of cryptocurrencies which are generally based on blockchains or distributed ledgers.

Should they simply follow the current rules on the use of fiat money or should new rules be created that are suitable not only for stablecoins but also for cryptocurrencies in general?

We asked Simona Macellari, Microslicer of BHB Network and COO of BlockchainLab, for some technical information on the relationship between States, regulation and stablecoins.

Is it really possible for governments to impose rules related to the use of stablecoins?

The legislative power is one of the three fundamental sovereign powers attributed to the State, with it any government can impose rules on the issuance, use and taxation of stablecoins. Like for bitcoin and other cryptocurrencies, the State will have to define the term stablecoin in detail and determine the legal case to which they belong. Existing rules will apply with this classification, to which you can add new rules and/or regulations to make the current law adapt to this technological and financial innovation.

In Japan, for example, where bitcoin is classified as a “legal tender” (i.e. currency), the FSA has decreed that stablecoins are not included in the legislative case of virtual currencies because they are anchored to stable currencies. Nevertheless, stablecoin traders must also register as “Issuer of Prepaid Payment Instruments” or “Funds Transfer Service Providers”.

From a purely legal point of view, a question arises: if a stablecoin has gold as its collateral, will the above regulations apply in Japan, or will the “Commodity Derivatives Act” that regulates commodities, such as gold, apply? Going beyond the example, regulation is possible and it is very likely that in the future there will be an ad hoc regulation.

Moreover, both the International Monetary Fund and various central banks are thinking of issuing “State-backed tokens”, so we could arrive at the paradox of State stablecoins: fiat currencies are already electronic so there would be no point in State cryptocurrencies since it would be a rather modest evolution compared to the current one.

Is there a difference between how stablecoins and real cryptocurrencies, such as Bitcoin, can be used by the end user?

I consider stablecoins an important development and I think they are necessary for the evolution of the crypto market. They are certainly the “Holy Grail” of intermediaries, solving end users’ problems related to difficult and lengthy bank transfers when sending or receiving fiat currencies, despite compliance with all applicable regulations.

In this regard, one of the first experiments, and to date a benchmark for stablecoins backed by fiat, is Tether, anchored at 100% with the value of the fiat currency deposited without fractional reserve, with a conversion rate of 1 to 1 with the US dollar. But like all stablecoins anchored to fiat currencies, it has the disadvantage of being centralised and confidence is placed on a third party.

For starters, there is a first difference in the rate of adoption of these assets which, compared to traditional crypto, has an additional element on which the users’ trust must be placed, since it depends on the credibility of the issuer, the quality of the collateral and the security of the underlying blockchain.

As far as the use is concerned, it becomes a bit more complicated because we should distinguish between the subcategories of these assets. At a macro level, they facilitate access to the intermediaries that issue or accept them, but the degree of liquidity and the perimeter economy that will be created will determine their use as a means of exchange compared to traditional crypto. As a unit of measure, I do not know if they will keep the promise of being less volatile, while as a store of value, in my opinion, only those anchored to goods which are rare and difficult or expensive to produce have the characteristics to be held for this purpose.

We are still at the dawn of this new chapter in programmable money, so the horizon is still hazy and any forecast has very high margins of error.

Would it be fair to say that stablecoins are in fact fiat currencies in their own right, but they take advantage of the technology behind cryptocurrencies and not that of traditional electronic fiat money?

If we consider the economic definition of fiat currencies, I would say that we are on a completely different level and I don’t consider the underlying technology as a relevant variable. First of all, they are not legal tender currencies. Ideally, it is an attempt to return to “intrinsic” value, implementing collateral that should guarantee, besides low or absent volatility of the price, substantial value to the financial asset. In reality, if the value of a stablecoin is not anchored to a scarce and difficult/expensive asset to produce (such as gold) there is a substantial danger of a constant decrease in the value of the stablecoin itself, due to its collateral. We must not forget that, for example, the purchasing power of 1 dollar in 1980 became equal to that of about 3 dollars in 2018: it is up to the us to assess whether a stablecoin anchored to the dollar is “stable” in practice or is it just our illusion and desire for mental peace. In fact, the same central banks do not have blind faith in the holding of the reference fiat or of their own currency since, in recent years, they have been accumulating gold. In the last three years there has been a buying race and in 2018 the world’s central banks have recorded a record year of purchases: 148 tons, or about 5.82 billion dollars, an increase of 22% on an annual basis. Gold has always been the plan B of the world’s banks and Switzerland’s vaults, as well as those of the main custodians, which have never been at full capacity like in the last two years. Moreover, if we subdivide the stablecoins according to the collateral on which they pivot, not all the stablecoins have as collateral fiat currencies, some have no collateral at all, while others have cryptocurrencies or precious metals. So no, from my experience, I do not agree with the statement that stablecoins are in fact fiat currencies to all intents and purposes, which take advantage of the technology behind cryptocurrencies.

After all, isn’t one of the advantages of Bitcoin and the technology behind it the fact that there is no need for any government to regulate its use?

In reality, governments and various government agencies impose regulations also on bitcoin, both through intermediaries, with AML, KYC, and related licenses to acquire the status of intermediary, both through the owners themselves, which in some countries are equal to the ‘infectors‘ from the Italian novel ‘The Betrothed’ by Manzoni and under observation by banks and central bodies. Without forgetting the limits imposed on miners in some countries.

Bitcoin was born as money on the Internet protocol, hence the concepts of State, issuing and controlling body are no longer valid. We are moving from an institution-based financial system to a network-based, peer-to-peer, borderless, permissionless and fully open financial system. Bitcoin has anti-system and anti-State written in its DNA, due to the cultural background from which it was born, and can only be opposed and/or domesticated by the system, because it undermines its foundations. To date, bitcoin transactions, which by their nature are transparent on quantum, have not reached full fungibility and privacy, so ex-ante and ex-post censorship can be applied, and governments can indirectly regulate their use. The technological developments being worked on are precisely aimed at achieving full fungibility and privacy. Going back to the first question, I would like to point out that even if many stablecoins claim to be decentralised, with a peer-to-peer network in which every user and every node of the network is part of the system, there can always be a central part that can intervene and impose usage and other rules. As long as it is possible to go back to a central website, to a physical or legal person, this will be the “single point of failure“, as, for example, what happened in the case of Napster vs Torrent.