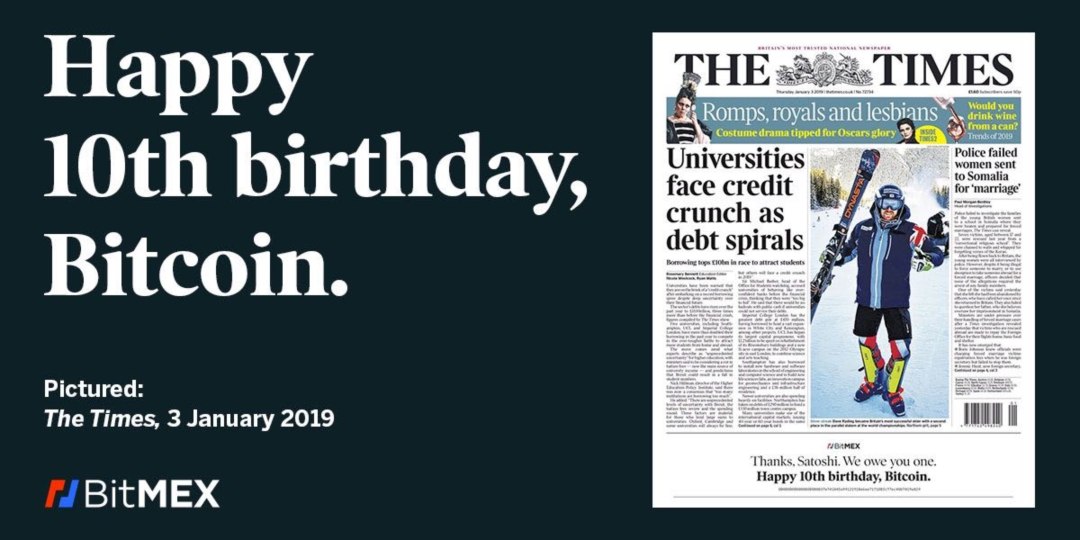 “Happy 10th birthday, Bitcoin”, BitMEX on the front page of The Times

Today, January 3rd, 2019, is the tenth birthday of Bitcoin and the well-known BitMEX exchange has decided to wish a happy birthday to the most famous cryptocurrency directly on the front page of the British newspaper The Times.

Exactly 10 years ago, in fact, the famous Genesis Block #0 was mined, which gave rise to the entire Blockchain system and the Bitcoin cryptocurrency.

The photo has already gone around the world and the message is clear:

“Thanks Satoshi! We owe you one. Happy 10th birthday, Bitcoin”

Here is the tweet on the official BitMEX Research channel:

Not only that, under the wishes, BitMEX has also added the hash of the Bitcoin 554,509 block where the message “ThanksSatoshi” is included in the Coinbase input.

Included on the front page is the hash of the Bitcoin block 554,509. Thanks to @JihanWu and @btccom_official for including the message "ThanksSatoshi" in the Coinbase inputhttps://t.co/HFskR9J6Jv pic.twitter.com/QtSRvI6wNo

In addition to BitMEX, there have also been other initiatives for the tenth-anniversary event.

For example, Trace Mayer’s famous Proof of Keys initiative on Twitter, but also the Genesis Block Day flash-mobs that will start at exactly 18.15.o5 UTC time in Italian squares for Bitcoin’s birthday. 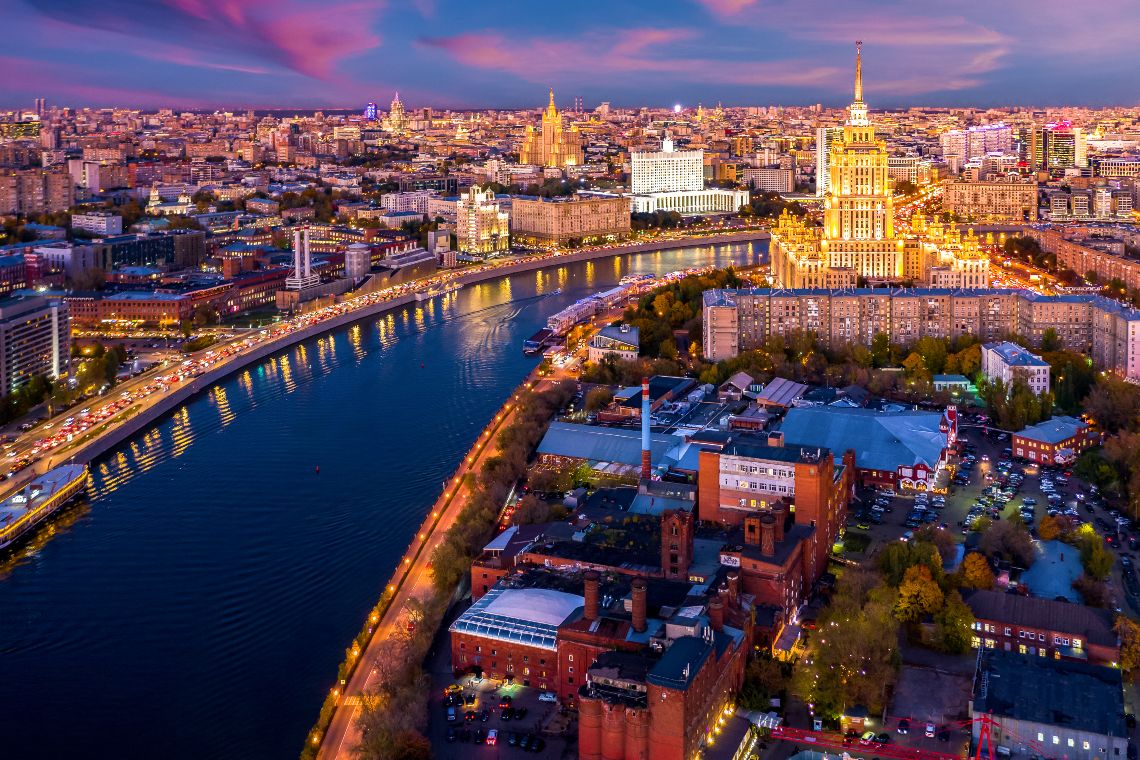