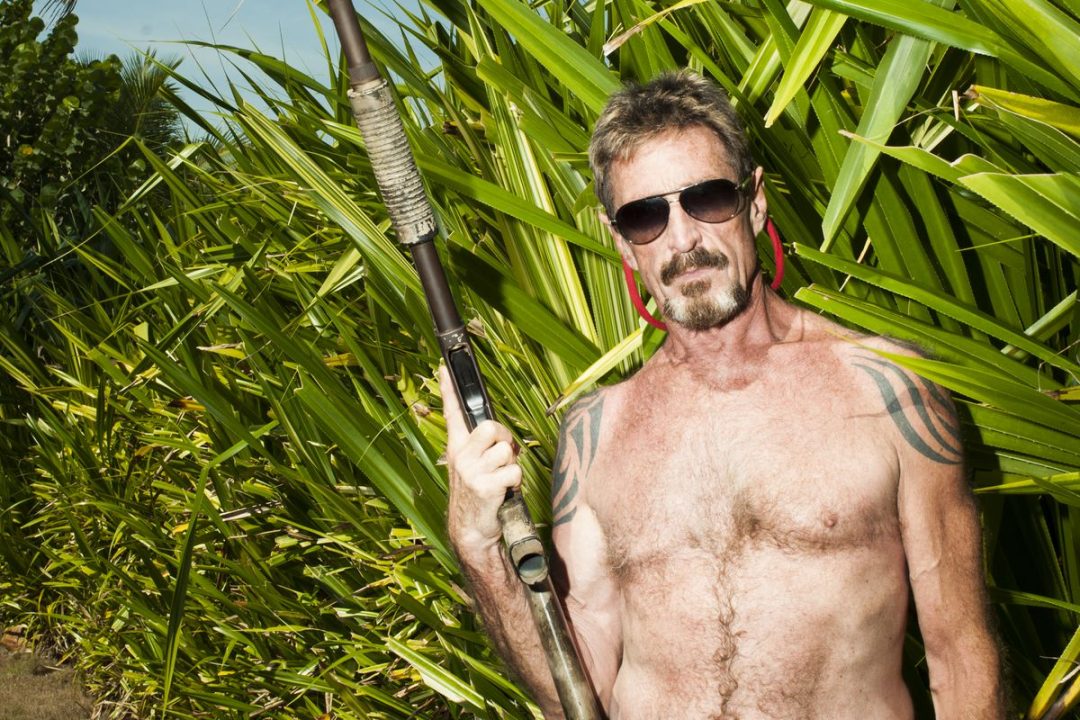 John McAfee escapes from the US because of a tax problem

John McAfee is officially in exile. He declared it himself on Twitter, explaining that he escaped from the US for a tax problem.

How we will run my campaign in exile: pic.twitter.com/evqxZQRTxH

Despite being officially on the run to be a candidate for the White House, he was forced to flee the US because he was accused by the Internal Revenue Service (IRS) of tax evasion and “using cryptocurrencies in criminal acts”.

The IRS is the American government agency that collects taxes and McAfee once publicly declared that he had not paid taxes for 8 years. As you can imagine, this has attracted the interest of the IRS, which now accuses McAfee of tax evasion.

In addition, according to other statements, he was also accused of “using cryptocurrencies in criminal acts” by some officials from Tennessee.

He now lives on a boat, called the “Freedom Boat”, from which he continues his election campaign via the Internet, despite the fact that four of his staff and his wife have also been accused of “unspecified” crimes.

In a recent interview, McAfee revealed that his goal is not to be elected President of the United States: he is well aware that he has no real chance of winning, but he wants to exploit the popularity resulting from this candidacy to bring forward libertarian ideals.

However, the escape is real and the IRS accusations seem quite plausible, after his admission of having actually evaded taxes.

McAfee had also already stated that he considers taxation illegal and that over the years he has paid tens of millions of dollars in exchange for poor quality state services. He claims that he currently has no taxable income, but lives on income from the money earned in the past with McAfee Incorporated.

His case looks like a real challenge to the IRS, so much so that he has declared that he has prepared himself for this battle all his life.

For example, he claims that during his escape he cannot be officially accused by the tax agency and that by using cryptocurrencies he should be able to bypass all possible blockages.

In this regard, he said:

“Every so often and very rarely a clash of old and new cultures brought about by technology changes civilization. […] Cryptocurrencies is one of these technologies and probably the most dramatic to have occurred in human history since the invention of fire. […] Because cryptocurrencies free the individual from the yoke of currency controlled by governments. […] Governments will not be able to collect taxes when everyone is using privacy coins”.

Previous article Xapo transfers its crypto services to Switzerland
Next article A potential upside of 25.7% for Amazon shares
Marco Cavicchioli