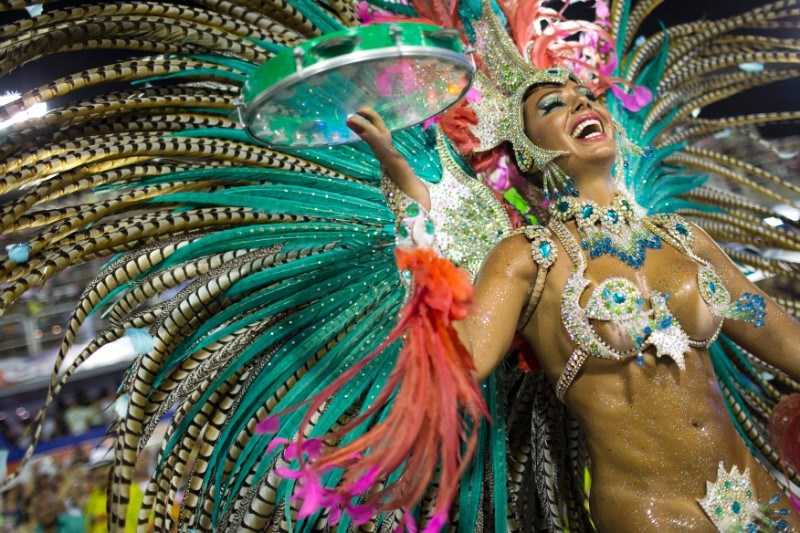 Bitcoin protagonist at the Carnival of Rio de Janeiro

There will also be a Bitcoin themed parade at the carnival of Rio de Janeiro.

An esteemed Brazilian samba school, Imperatriz Leopoldinense, has been given the opportunity to create new costumes for the upcoming world-famous event, the Rio de Janeiro 2019 Carnival, with the theme being money and featuring costumes dedicated to Bitcoin.

This means that also the queen of crypto will parade under the eyes of millions of tourists through the streets of the Brazilian capital, during one of the most colourful festivals of this year. The event will be held from 2nd to 9th March 2019, at the Marquês de Sapucaí Sambódromo, one of the most famous places in Rio.

On the official website of the school, it is possible to see all the costumes made and the description of the idea, which specifically is called: “Me dá um dinheiro aí”, which translates to “give me some money“.

The intention is to lighten, thanks to the art of masks and fantasy typical of the Brazilian culture, one of the perhaps most serious and dramatic themes in human history, which is money and its relationship with individuals.

From physical coins to banknotes to digital coins, this is how the samba school describes the costume dedicated to Bitcoin:

“Will the materialized value in our currencies, banknotes, cheques and cards lose its meaning due to virtual money? Will we get used to not taking them? Do we understand that money is just an idea? How will virtual currency affect our consumer society? Will it be able to transform our relationship with the concepts of value? The future will tell”.

Moreover, according to the report, it seems that the school, founded in 1956, is already famous for its originality, having won eight awards in the competition dedicated to the carnival.

“We will show the emergence of money, man’s relationship with it and the ambition of the human being. Money is what drives many relationships, and it is sometimes used improperly. It has criticism, it has humour”.

The school will parade on Sunday, March 3rd exactly from 2:40 pm to 3:15 pm, and will try to win its ninth title, this time with Bitcoin as its theme.

For anyone who wants to join the event, you can book the Bitcoin-themed costume through the association.

It seems that Bitcoin in Brazil is no longer a novelty. Recently, in fact, there has been the news of the opening of the first cinema that accepts bitcoin as a means of payment.