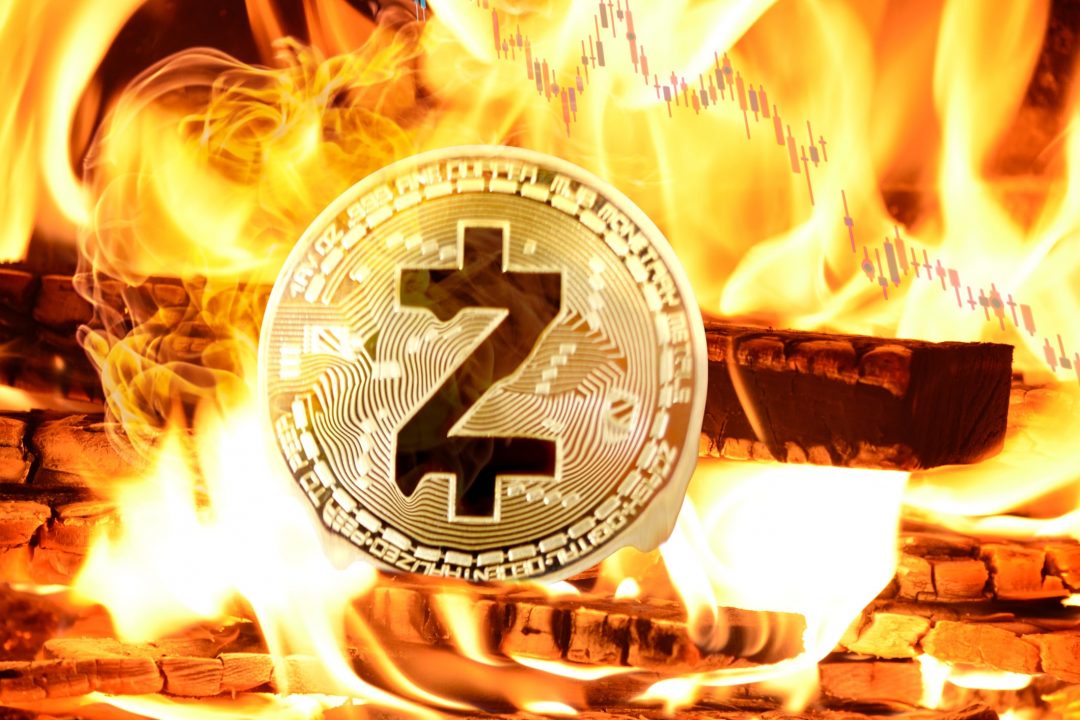 The change of name of Zcash was announced through a tweet published yesterday, February 21st. 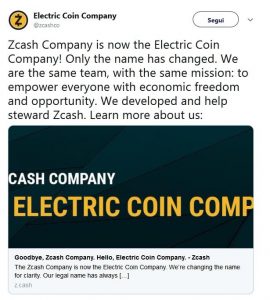 Zcash remains the name of the crypto, created and supported with the help of the community.

The Zcash Foundation is managed separately and is mostly focused on the privacy and security of the Zcash protocols.
The change of name has also led to change the various domains, so as not to confuse everything with the old name. This will help the public identify the new brand.

The substantial change will also take place on the social side where new domains will be created specifically and the old ones of Twitter, LinkedIn, Facebook will be updated with the new wording Electric Coin Company.

Hopefully, this rebranding of Zcash will not create conflicts between users, especially due to the fact that the ill-intentioned could take the opportunity to create fake websites.

Alice is the Chief Operating Officer of Oraclize, a London startup that provides the most used oracles in the blockchain sector. After graduating in Economics and Management, Alice began working with Bitboat, a Bitcoin marketplace. She currently collaborates with various startups in different areas and is a speaker at international events.