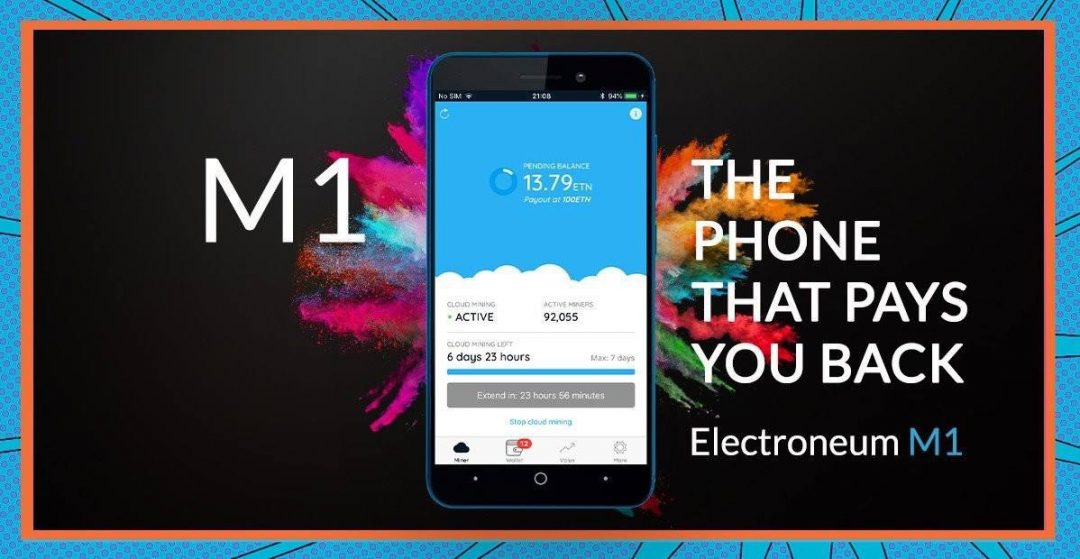 Electroneum launches a smartphone with a mining feature

Electroneum has decided to put on the market a new low-cost Android smartphone that features an automatic ETN mining experience, rewarding its users in cryptocurrency.

Electroneum (ETN) is a cryptocurrency with its own blockchain which requires mining.

Electroneum’s smartphone is called M1, it is Google Mobile Services (GMS) certified, it costs only 80 dollars, and it is equipped with a cloud mining technology that allows users to automatically mine without the need to do anything special. 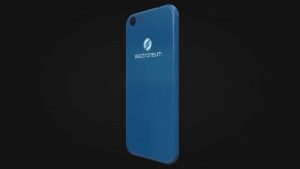 The manufacturer estimates that users can earn up to $3 per month in ETN tokens and the mining can also be set to operate offline.

Once cashed in, ETN tokens can be used to pay for services such as telephone top-ups, online services and purchases or traded for other currencies on the exchanges that support it.

M1 offers 8 to 32 GB of storage space, with two 4G SIM slots and a 1.3 GHz Quad Core processor. The cameras are a 5-megapixel rear camera and a 2-megapixel front camera.

The very low price has been designed especially for developing countries in order to encourage the adoption of cryptocurrencies. In some countries, it seems that it can be sold for as little as $60.

It is no coincidence that the launch will take place in South Africa, where, among other things, the percentage of owners of cryptocurrencies is already the highest in the world. It will be on sale at local physical stores and on Amazon in the coming weeks.

“South Africa was an obvious choice for us. We carried out a large survey in the country and found that 97 percent of those who responded said they would like to use ETN to pay for mobile airtime and data”.

But M1 is not the only initiative in this respect.

At the Mobile World Congress, the Spanish company Wings Mobile also presented a smartphone that mines Ethereum, the Wings WX. The manufacturer states that it may be able to extract up to two ETHs per month, but this estimate seems to be a bit daring, given the computing power needed to mine ETHs.

Previous article Sgame Pro: beta version of the app has been released
Next article Shapeshift has released the documentary Down the Rabbit Hole