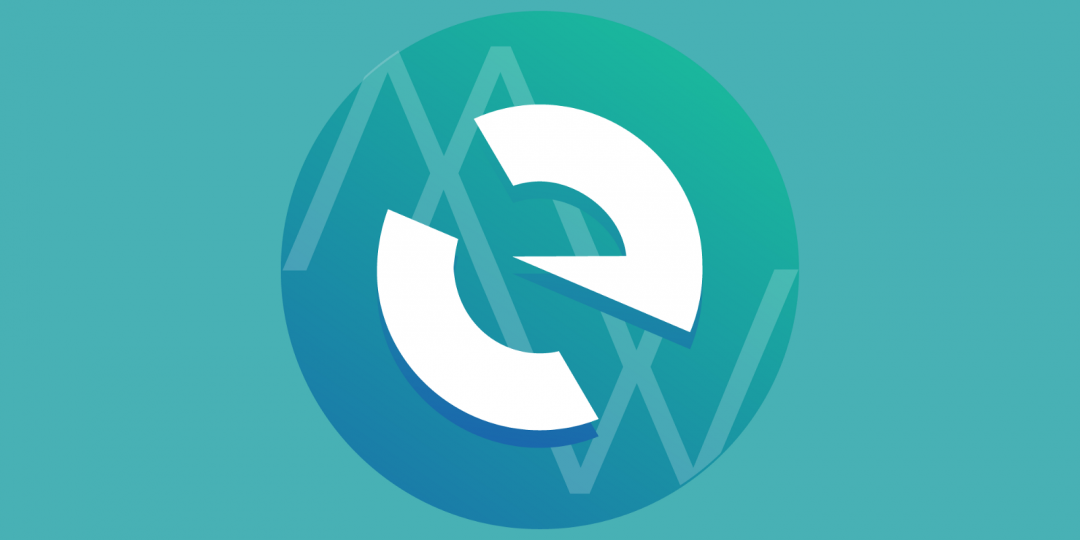 The famous Ethereum wallet, MyEtherWallet, has added a popup screen to do the KYC, obviously with absurd questions, in order to celebrate the first of April.

As every year, this day represents a real plethora of absurd or incredible news (Bitcoin currency of Wakanda, imagination has no limits) and even the crypto space does not remain impassive, with some big names taking advantage of the occasion to make jokes.

Here are some of the images of the fake KYC that appeared today on MyEtherWallet: 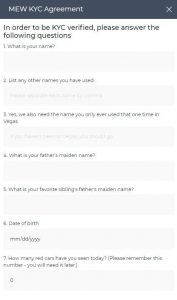 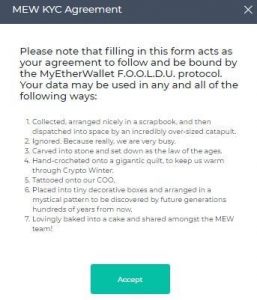 Among the questions asked: if one believes in unicorns, if one is in contact with the CEO of MyEtherWallet, Kosala Hemachandra and a question about Chuck Norris.

MyEtherWallet’s joke is just one of the many initiatives of crypto companies for April Fools’ Day. In fact, in addition to this particular KYC popup, Vitalik Buterin also made fun of Justin Sun and Tron fans with an ironic post celebrating the greatness of the TRX blockchain.

The other funny tweet today was that of Blockstream, that said to be Ethereum’s supporter. Blockstream, by contrast, is famous for being a Bitcoin Maximalist company, so far from pro-ETH.

Previous article It is now possible to buy bitcoin with ATMs via Lightning Network
Next article Dash News: the price of the crypto rises by 25%