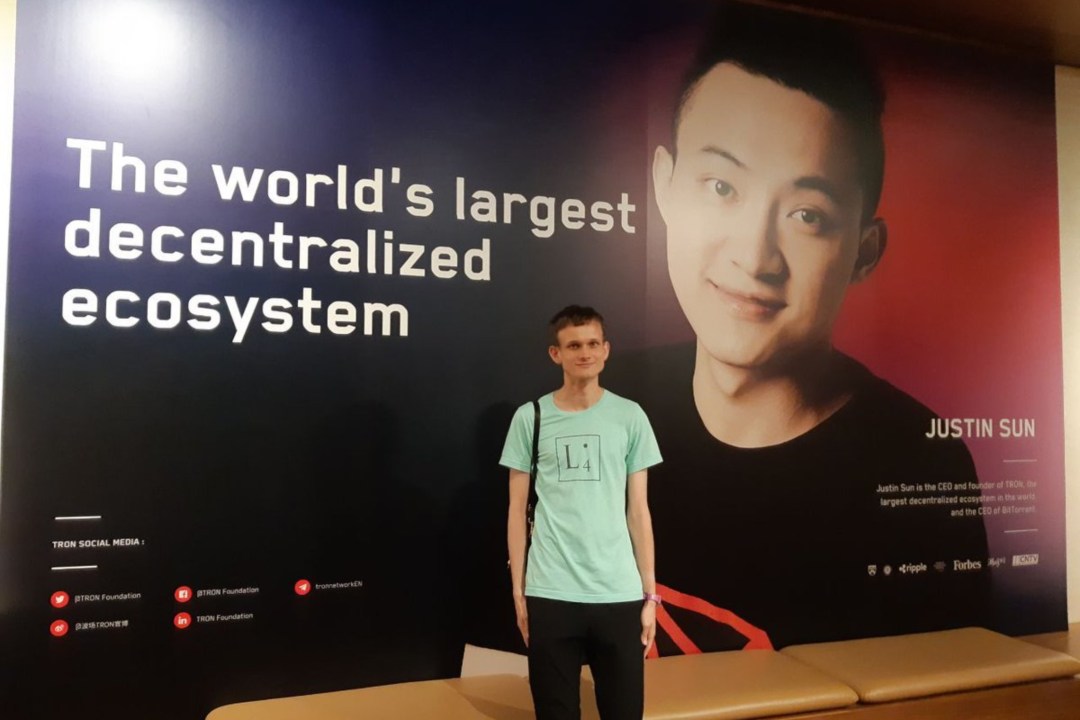 In fact, he published the following photograph on Twitter:

Toward a brighter tomorrow. pic.twitter.com/7FAWC7TS8z

The rivalry between the Ethereum and the Tron networks for hosting as many dApps as possible is notorious, so much so that Justin Sun has repeatedly invited the developers of Ethereum dApps to migrate them to Tron.

The photo posted by Vitalik shows him in front of a gigantic image of Justin Sun saying that Tron is the largest decentralised ecosystem in the world. The text of the tweet reads as follows:

“Towards a brighter tomorrow”.

If today were not the first of April it might seem that with this tweet Vitalik recognises the superiority of Tron so as to enter the community of the competing network, but given the fact that his satirical and sarcastic statements are well known, it is more than obvious that this is actually a joke.

However, jokes aside, the competition between the two platforms is fierce.

For example, with regard to dApps, the number of users and the total turnover of those hosted on Tron have now exceeded those of Ethereum, although on the other hand most of the ICOs continue to be launched on the platform created by Vitalik.